Reminder: Netflix is making a movie with Will Smith as a cop with an orc partner

I had a dream in which Will Smith was a cop and his partner was an orc. I looked that up online and it turns out it was not a dream after all and there is an actual movie coming out in December called Bright and it's about Will Smith as a cop with an orc for a partner. It is an actual movie Netflix is producing. They spent a lot of money on it.

If none of those names sound familiar, David Ayer directed Suicide Squad. Max Landis was born into a swimming pool wearing sunglasses and recording rants about comic books and wrestling. 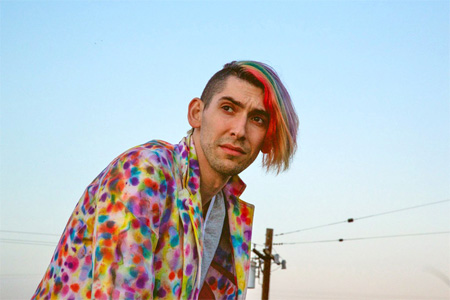 His father is John Landis, the director famous for killing the leading man and two child actors in a movie he was making. Max has written several movies which you probably didn't like such as Chronicle and American Ultra. He was also paid $3M+ to write the movie where Will Smith and an orc get on stage and get a medal from the police commissioner. Probably for killing a goblin or something. 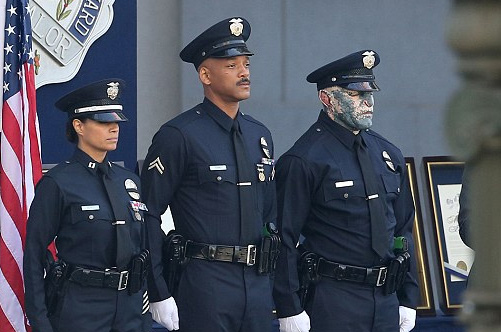 This is not a joke movie, it is a serious movie, and Will Smith thinks it's pretty bizarre:

Training Day and Lord of the Rings? Hmmmm. Sounds gritty, but it's not what anyone who has played video games or tabletop games in the past 20 years was thinking. 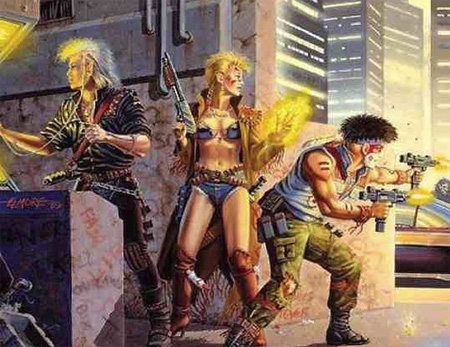 Yes, Max Landis is an unoriginal pop culture bottom feeder who clearly stole this idea from Shadowrun and will never admit it, but it's nothing to be angry about: rich people steal other people's ideas and get richer off them all the time. Besides, Shadowrun is extremely stupid. It was derived from William Gibson's work by adding fantasy elements to cyberpunk and it leads to ridiculous things like, say, Will Smith as a cop and his partner is an orc and they have to fight elves. With guns and swords. Like cavalrymen. 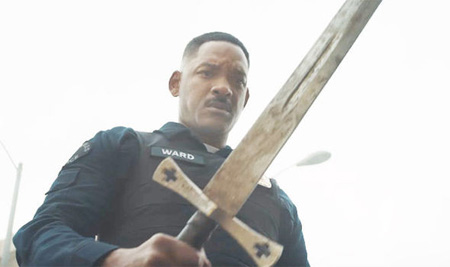 Unfortunately, the title of the movie is so fucking generic you probably already forgot it. Oh, well, I did too. I guess I will never watch this gritty drama that speaks to these gritty times by combining the grittiness of Training Day with Lord of the Rings.

Or maybe it was all just a gritty dream I had.