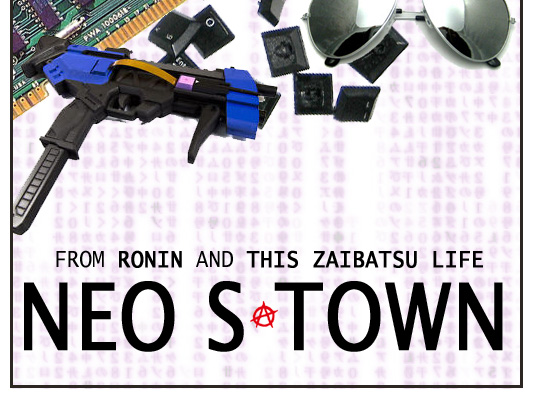 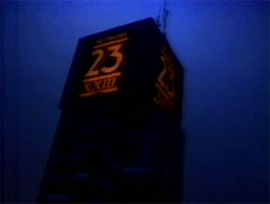 When J0n first sent a data orb into my grid it was to tell me about a murder.

"ThyssenKrupp corporation has a new type of hard ice on the network that will brain burn anyone who gets too close. They have a kill list and it's frying people and nobody knows why. I have proof, but nobody is willing to listen to me. I think it's a rogue AI called Cybler. Meet me at the Hax Depot in the Black Cluster for a full download."

Black Cluster. It sounded bad, but it got worse. He told me the locals called it Neo Shit Town.

"Take everything bad and double that," he said. "Then double that. Then triple that. This is Neo Shit Town. This is scum central. It's like a circuit board: doesn't matter which way you go, it's all connected to the same chips. And the chips are down, you res me?"

I did res him. I began to cry almost immediately. J0n continued.

"You don't want to be caught without full firewalls and a dead-eyed samurai watching your back. But somebody has to know the truth."

I wasn't sure whether or not to believe J0n, but he was persistent and I needed a run. Public Broadcast Network 23 had bought out my contract and they wanted the hot story, something to really bring in the ratings after the debacle with the second season of Ronin about retrieving the runaway drone. Sure, that never paid off, but what could be hotter than a rogue AI flatlining for one of the megacorps? I boarded the first suborbital from the Manhattan Sea Dome and flew to the Black Cluster. It was my first trip to Neo Shit Town, but it wouldn't be my last.

Hax Depot was a psycho rave bar next to a sprawling, steamy marketplace of noodle shops. J0n was waiting for me in a booth at the back while DJ Hot Vampire played for the trance dancers. J0n had a smart gun on the table and a data owl on his shoulder.

Before J0n would open up about Cybler, he wanted me to smoke some Chiba indigo synthetic marijuana and talk to him at length about the reason Christianity is bullshit and only logic is worth downloading into your main core. He offered up several other choice bits of wisdom. 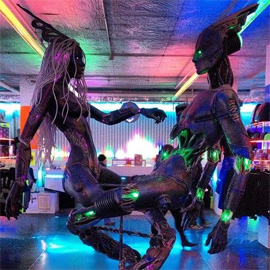 "Tattoos are bad, pitbulls are bad, and people who get multiple breast implants on their back are freaks, not beautiful at all," explained J0n.

I told him I couldn't disagree, crying softly, but then he offered to show me his tattoo of his pitbull cyberdog that was located in the diamond-shaped cleavage of his quad breast implants on his back. These people in Neo Shit Town are walking contradictions and I knew right then and there that I couldn't trust a word he said.

"Tell me about the AI," I said. "Who has Cybler brain burned?"

As it turned out, it was not so simple as that.

"Cybler might not be an AI," he explained. "It might be a guy I know named Cybler who is designing a space elevator for ThyssenKrupp. He works at X51 Lumberyard Prison, where the petty criminals of Neo Shit Town live out their sentence processing the last trees for high end luxury aeroyachts. He was never paid by the corps. But his space elevator design has safety flaws and has killed dozens of workers."

The only problem was I couldn't find any evidence of dead workers on the network.

"Because that's what they want you to not think," said J0n, winking his cyber eye. He put on his mirror shades. "I want you to come to my house so you can see my circuit boards. I think you will get what I am saying once you see them."

In the neon haze that permeated the air over every back alley in the Black Cluster sprawl, I heard the buzzing of a CorpSec drone. If I had known then what I know now about J0n I might never have climbed on his hover bike behind him and let him take me to the junkyard. I should have stopped crying about everything, left Neo Shit Town, and not looked back. Instead, I found out who Cybler was and the fact that his space elevator had never killed anyone.

Next time on Neo Shit Town.