Mark Of The Bistro 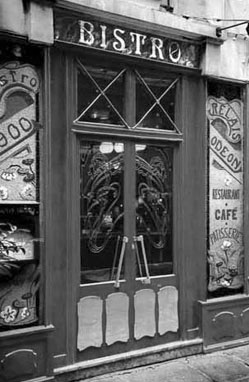 Clive tapped his pen on the clipboard furiously, hoping the schedule in front of him would provide an answer to tonight's problems if he reached a thousand beats per second. It was the big night at the bistro, for the owner himself was celebrating a birthday and planned to arrive at some point for dinner. This was a night that could make or break an assistant manager's career and very life.

This was also a night that the bistro was short staffed. Rodney, a sentient flu strain and the restaurant's dishwasher, had called in sick. That left four employees, including Clive himself. Julie was stationed up front as the hostess as usual, Andrew was the sole waiter despite it being his first night on the job, and Paolo... wait, where was Paolo? Clive had sent their chef to the storage room for a box of steaks over an hour ago and no one had heard from him since.

Clive bolted toward the back of the restaurant, cursing under his breath for somehow missing the obvious folly of sending a german shepard into a freezer filled with boxes of steak. It wasn't that Clive resented Paolo at all, in fact he was extremely proud of the restaurant's diverse hiring practices and felt that Paolo was an excellent chef in his own right. There were simply some things you did not send a dog to do.

As Clive turned the corner into the storage room, his worst fears were realized. There stood Paolo, on his hind legs, his nose nudged underneath a box of steaks futilely trying to lift it. Paolo turned his head toward Clive, and his tongue lolled in exhaustion.

Clive simply patted him on the head and sent him back to the kitchen. Paolo was a good boy, but without opposable thumbs or any real arm strength to speak of he would never have been able to lift the box. The dog had too much pride to give up or ask for help, and in a way Clive respected him for that. With a sigh, he set his clipboard on the box and hefted it, depositing it in the kitchen before returning to his normal position up front alongside Julie.

"How're thing shaping up, boss?" Julie asked, two of her tentacles raised upwards in a gesture of curiosity.

Clive consulted his clipboard, tallying up all the checkmarks next to the tasks that had to be done.

"Surprisingly well. I managed to get most of the little things done myself, so now we just have to survive the dinner rush and wait for the big man to show up. How does Andrew seem to be holding up?"

"He seems okay, if not a little nervous. The customers just started to file in not too long ago and he didn't seem to have any problems taking their orders. We'll see how well he does at bringing everyone their meals, but I think he's going to be fine."

Clive smiled. Good. Things had settled into something approaching normalcy. Perhaps tonight wouldn't be so bad after all. Sure, he'd have to wash a few dishes himself and run around a little more than usual to keep things under control, but Clive was confident that the owner would be proud of what he saw when he arrived. And then the big promotion wouldn't be too far off...

The hum of the patrons' conversations came to a halt as Paolo stood in the center of the room, wild-eyed and panicky. Clive briskly led him into the back, pausing at every occupied table just long enough to assure his customers that there was no problem and their meal would be out shortly. Once they pressed through the swinging double doors leading into the kitchen, Clive whirled on his chef.

"Paolo, you do not shout like that in front of the customers! If we give patrons even the slightest cause for concern, they will not return. Now what is it? What's so urgent that you couldn't calmly walk up to the front and get me like a civilized dog?"

Paolo didn't say a word, but simply stared at a large dish of veal parmesan and pasta which lay on the floor.

"What, that's what's wrong? A plate of veal? Look, Andrew's new. If he forgets a dish or drops one it's okay. We're gonna have to cut the guy a little slack while he learns, alright buddy?"

Paolo simply shook his head. No. That's not it. That's not what made me scream for you like there was a four-alarm fire. The dog kept staring at the plate, and a shiver ran down Clive's back when he realized that Paolo was genuinely frightened by what he saw. But what was it? Nothing appeared wrong with the food itself. The only thing that seemed off was the fact that the plate was slightly tilted, as though something was under it.

Clive steeled his nerves and lifted the plate, and discovered the crushed and broken body of Andrew the field mouse. His back was bent at an impossible angle, his insides had been forced out of his anus and mouth, and a pained expression remained on his lifeless face. The combined weight of the food and plate had simply been too much. Damn the restaurant's large portions at reasonable prices! The little guy had lived in Iowa his entire life before venturing out to the big city and getting his first job here, and look what he got for his troubles.

"We need call the nine one one." said Paolo, breaking the silence.

A tear rolled down Clive's cheek for the mouse, and for what had to be done.

"No. The owner is coming tonight. If he sees this, it's both our asses. We need to get rid of the body."

"You are kidding? This no time for the jokes."

"No, Paolo. I'm not kidding. Think about it. If the police get involved, there could be charges. You cooked that irresponsibly big meal. I allowed this to happen on my watch. I'm not going to do anything without your approval, but consider the options. Andrew is already dead. We can't do anything about that. We can make sure our lives aren't ruined. I think I could handle myself pretty well prison, but do you haave any idea what it would be like for a dog? Pretty bad, I'd imagine."

Paolo furrowed his brow, considering the situation while Clive silently prayed his manipulation would work. He didn't want to be forced to bury two bodies tonight, and he definitely didn't think he could impress his boss without a head chef. 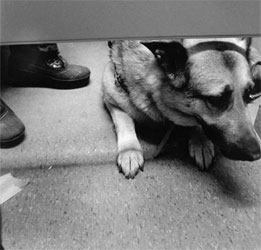 The two wrapped Andrew in an extra large heavy duty garbage bag and dragged it into the bathroom, grunting and sweating profusely from the effort. They stopped in front of one of the stalls, the toilet inside facing them with an open and waiting maw.

"Why in here again? It does no seem right."

"Because," began Clive, "it's the easiest way and no one will think twice about a bad smell in a bathroom. Now come on, the quicker we do this the quicker we can go back to our lives."

Paolo looked at the toilet and frowned. "I suppose."

Clive barely waited for his response, moving into action immediately. He brought the head of his shovel down in front of the toilet and cracked the tile, doing so several times before the earth underneath was revealed. For twenty minutes the two dug a man-sized hole in front of the toilet. When it was complete, Paolo wanted to say a prayer for the mouse but Clive unceremoniously dropped the tiny body into the hole and began filling it with dirt. Fuck Paolo's feelings, it was too late for the chef to turn back and Clive no longer needed to string him along.

They filled the hole back up, but a pronounced three foot high mound clearly identified the grave so Paolo ran to the kitchen and returned with a cabbage. Together they peeled off the leaves and spread them across the dirt, successfully concealing the mound.

"This never happened, Paolo. We will never speak of this again. Andrew simply left in the middle of his shift, probably because his first night was too stressful. Do you understand?"

Paolo nodded sadly, then brushed himself off and went to the sink to clean himself off. Clive followed in suit, looking down at his blood-soaked hands as he scrubbed them. When they were sufficiently clean he splashed a handful of water in his face, then regarded his reflection. Something above his hairline caught his eye.

The owner was sitting on his head.

"Why the hell didn't you tell me?"

"I thought it was elaborate new hairdo, like the Beatles or Kojak."