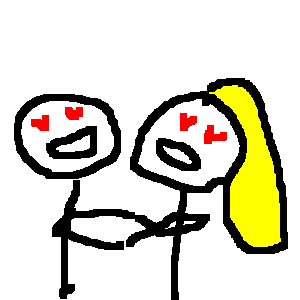 So you're working out and getting buff so you are strong to do what?
"Getting women" as if they are objects to do what? Fuck them and forget about it? Some life. "Getting women" improves your social status amongst those who hi-five people for being "playa"s. Who gives a damn about being more social amongst those vapid wastes of food and employment?
Video games are a great way to have fun, and enjoy things that are availible to you in life. Not only this, but the making of a game is an art form - by playing through, say, an RPG, you are treated to a grand story that is just overwhelmingly more fufilling than going out, fucking some chick, hi-fiving yourself and calling it a night.

oh god i'm so sorry op, i know how powerful this sort of loss can be. one time i met this beautiful girl in europe, and we were soulmates, like one person in two different bodies. anyway, after a week in the hostel in rome, i had to go back to america, and i lost her address

Well to kick things off, I am a 23 year old digital arts student who has been in a steady and wonderful relationship with a 16 year old highschool girl for the past year.
This is probably your face right now:
I can't say that I blame you. I write this knowing full well what kind of vitriol to expect, as I've already experienced more than my fair share of it in real life (more on that in a bit). In anticipation of the sort of responses I might get I'd like to address a few things right off the bat:
This is so cliche it hurts, but honestly and with total objective clarity this girl is scary-smart and mature in a way that shattered my preconceptions regarding age. This is a girl who mocks peers for their half-baked armchair philosophy. This is a girl whose own written and verbal expression is beyond reproach, a feat that is nearly unhead of amongst 16 year old girls if Myspace is to be believed. She is what GBS would deem a spelling/grammar nazi. She's legitimately in the genius range, and presents her views on politics and science with the sort of eloquence that you would, if asked to identify its author, assume was written as part of a particularly gifted student's thesis paper. Her passtimes include building computers, organizing online tournaments, modelling in autocad, and....uh, sewing.
Perhaps that was overkill, but what I'm trying to say is that while "But she's so mature for her age! " is in fact a grossly overused and rarely true defense, it is genuinely true here. Even if you're dead set against believing this and have prejudged her as some naieve bumpkin who fell off the last turnip wagon to pass through town, at least assume I'm right about her maturity for the sake of discussion. She is not immature, nor am I. Our relationship, despite common presumptions surrounding unions of this sort, is entirely wholesome and balanced. We don't need pills, therapy, or page-long lectures from the morality police.