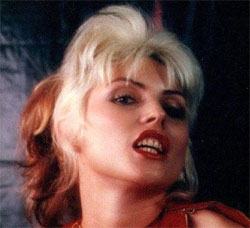 Ahhhh your teeth are beautiful!One of the principal claims from creationists is that Carbon-14 or radiocarbon dating is inaccurate when used to date things more than a few thousand years old. When Carbon-14 dating is used to date dinosaur bones they seem to be anywhere from 5,000 to 20,000 years old. Scientists then turn to other dating methods like potassium argon dating which are used for things expected to be millions of years old. Many creationists then assert that Carbon-14 dating is actually dating the dinosaur bones correctly or that all scientific dating methods are inaccurate. I disagree vehemently, but that's not what this article is about. I have developed a new and vastly more accurate dating method that will blow the claims of the hated creationists out of the water and leave no room for error when performing future dating tests on specimens.

I call it DH-05 Dental Dating and it is derived from rigorous scientific study of the effect consistent abuse and the passage of time has had on Deborah Harry's teeth. For those of you not familiar with Deborah Harry, she was a punk-pop new age sensation from the late 1970s and early 1980s who fronted the band Blondie. She had major hits with songs like "Call Me," "The Tide is High" and "Heart of Glass." At the time she was sexy, sassy, and a little bit dangerous for the sort of people who consider dangerous to be video footage of a tiger mauling a gazelle.

As her career eroded so did her teeth. Debbie began a swift downward spiral from slightly snaggle-toothed but gleaming white to the depths of dental decay. By the mid-nineties her teeth looked as though they had been encased in rancid butter and then dry-brushed with wood enamel. In the early eighties she appeared in multiple H.R. Giger paintings, by 2002 her teeth looked like an H.R. Giger painting. One of the ones where like a giant green dick is fucking a rotten baby inside of a buboes covered vagina, only it's all made out of teeth.

Because of the accelerated effects of time on Debbie Harry's teeth I have been able to use them as a sort of micro-timeline. By using a complex computer algorithm that compares Debbie Harry's teeth throughout her career to a given simple you can determine the exact chronological age of a specimen. You can see the extrapolation program that we originally used to produce the algorithms in an informative animation I have prepared. It might not make sense to you, but I assure you that the science is rock solid. In around 2004 Harry paid to have her entire set of teeth replaced with those of a 15 year old girl from Indonesia. Thankfully, enough data existed from 1977 through 2003 to provide nearly 100% accuracy.

Description: A copy of the morning edition of the July 8th New York Times was placed into the specimen scanner. If everything went right this should produce virtually the earliest possible result.

Deborah Harry's teeth on the afternoon of August 15th, 1977 after drinking a glass of tap water.

Analysis: The DH-05 system functioned delightfully, only missing the mark by two minutes.

Description: A pair of boots recovered from an underwater excavation near the Omaha beaches was placed in the specimen scanner. These leather boots have been accurately traced to their curing and manufacture in April 28th of 1944.

Deborah Harry's teeth in the early morning of October 9th, 1988 after smoking 27 cigarettes and then forgetting to brush her teeth.

Analysis: This result was reasonably accurate compared to conventional dating methods but was a major failure for the DH-05. I looked into this failure further and it turns out that the kill date for the cattle used for the boot leather was actually the 11th of April and is believed that the batch from which these boots came was given one in the neck in the mid-afternoon. Huzzah!

Description: The original Magna Carta was placed in the specimen scanner. It is known to have been drafted and signed in 1215.

Deborah Harry's teeth on the evening of February 11th, 1992 after ingesting liquid codeine and then smoking pure tar on a train ride to Prague.

Anaylsis: Flawless data that should serve as an interesting point of study for scholars of the Magna Carta.

Description: The bones of a Cro-Magnon specimen dated through previous methods to approximately 29,000 BC.

Deborah Harry's teeth on the morning of September 4th, 1997 after receiving a 500 rad dose of radiation through a drunken mishap in a hospital's oncology lab.

Analysis: This dating is corroborated by less accurate dating methods previously used on the specimen and is an example of just how amazingly refined the dating can be using the DH-05 system. Margin of error is +/- 3 minutes.

Description: The skull of a triceratops (Triceratops horridus) specimen recovered from a dig site in Marseilles, France and believe to have existed 65,000,000,000 years ago.

Deborah Harry's teeth on the afternoon of July 5th, 2003 after drinking five colors of wool dye and then allowing a family of bats to take up residence inside Harry's mouth.

Analysis: With unbelievable accuracy, Deborah Harry's teeth and the DH-05 dating system have been used to determine almost the exact moment of death of this skeletal triceratops. The margin of error on this test is an incredible +/- 26 minutes.

New ideas and new techniques are not rapidly accepted by the scientific community. It is my opinion, however, that as word of the accuracy of the DH-05 method spreads scientists will no longer be able to ignore it. Creationists are already beginning to malign the good name of this dating method, but that only makes me feel further vindicated. I would like to dedicate this achievement to Deborah Harry. Without her unwitting help this hard-science breakthrough would have been nearly impossible.