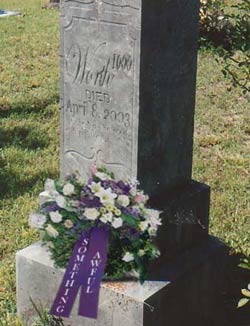 Thanks to forum goon Jafo for showing us the future.Even as I type this update, a crack SA Forums Commando Unit is already deep in the heart of enemy territory, delicately maneuvering pixels into just the right locations in an effort to overthrow the government of Worth1000.com. Normally we enjoy friendly relations with Worth1000 and consider them a staunch ally. For the time being, however, they exist as our hated enemy. If not for the fact we here at SA HQ don't have the money to buy a water cooler, let alone pay for fresh tap water, we would spend each of the numerous hours we don't spend working basking in our communal hatred for Worth1000. I don't enjoy the notion of sending our precious goons abroad to do battle with these utter savages and pixel Pol Pots, but I know in the end we will triumph! After all, this is Something Awful, home of the highest quality bathroom humor and worst ideas ever! You don't come to earn a reputation like that without breaking rules and tearing through ass like a frothing lunatic inappropriately wielding a swordfish as a melee weapon.

By now most of you are probably wondering what this "Worth1000" thing is. Well, I'm going to explain what it is, but I must apologize, for even mentioning their site gives them too much credit. Worth1000 is a site dedicated to running frequent Photoshop contests. They do other stuff now, but only so they can maintain a diverse portfolio of failure. The common Worth1000 contest revolves around manipulating stock photography of clowns, turning red clown noses blue or other colors that may or may not belong to the metric rainbow. While many people might be impressed with such mesmerizing sorcery, we tend to aim for higher pursuits, such as working the word "fuck" into any pictures we can find that don't already contain said swear word. If you ask me, that's far more exciting than looking at the average clown nose magnum opus some Worth1000 sluggard made on his iMac while reading the latest trendy design journal and sipping V8 Juice in the studio apartment generously paid for by mom and dad.

Why battle Worth1000? Plain and simple, you can't delay the inevitable forever. When we scored an impressive moral victory over Fark (Yes, we are aware that Farker Wil Wheaton's unbiased judging insinuated that Fark won the battle, that's why it was only a moral victory for us), we had to continue onward and confront more substantial targets. After Fark, there's pretty much only one target left. That's why 8 of our goons are now competing in a 16-man tournament over at Worth1000. It's not a total war, as it will ultimately come down to one SA champion versus one Worth1000 champion. That's fine with us, since it will undoubtedly be the SA champion that out-champions the Worth1000 champion. Self-loathing T-ShirtsThatSuck.com sponsored this tournament, so if you want to go buy some T-shirts that apparently suck, you might as well get them there. I reckon it beats wearing a Worth1000 shirt. 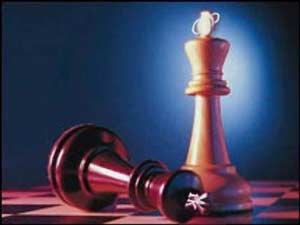 Thanks to mortalenema putting things into perspective.Over the week we've put together a dangerous team of Forum Photoshopkateers, many of whom you've seen show up regularly in Phriday and the Comedy Goldmine. While we are going in without a few of our big guns, we still had more than enough high quality workers eager and willing to take up arms for the glory of the motherland. Our team consists of the following SA heroes:

I have the utmost faith in the abilities of these men. I know they will do us proud and set a fine example. The SA Forums have birthed a long line of talented cretins, including a leading member of the enemy team. We blame brainwashing for that embarrassing blooper.

Round 1 of this 4 round tournament is currently underway. Registered Worth1000 members (registration is free) can vote on matches once they are finished. In the interest of fairness, authors are kept anonymous to prevent people voting for their favorite person. In the final round the authors and site affiliation will also be kept secret. This is to encourage people to vote for the entry they like best, not the one that is made by a member of their favorite site (obviously Something Awful). Although we could have probably begged Wil Wheaton to take a break from writing NPR fan fiction or whatever it is he does these days, we felt it would probably be best not to do that.

Our enemies at Worth1000 threw the first handful of mud with a series of insulting images that would surely make any 4th grade art teacher proud, if not a little concerned. While you might not guess it, we too can throw mud. What follows is some of the SA Forums wartime propaganda the goons quickly scratched together (click for larger versions):

You can follow the action as it develops over at Worth1000.com. Don't expect images every minute, because this is a serious contest where people take their sweet time. If you don't want to watch it unfold live, you can optionally see the results a week or two from now in a future update. I predict sweet, sweet victory for our troops. Could you expect any less from the site that spawned such classic Photoshop staples as "All Your Base" and the recent Admiral Ackbar love affair? Probably, but then you would be a communist.

WHAT THE HELL? A MOVIE REVIEW!

Ben "Geese Wing" Platt continues his losing streak by watching yet another disappointingly bad movie most normal people never even knew existed. This time he watched "Skullduggery," which seems to have a truly raised the bar. You can read his review byclicking this powerful hyperlink of justice.

Poor Ben has such bad luck picking movies he is even recommending you skip the majority of his reviews. Read it just to spite him!