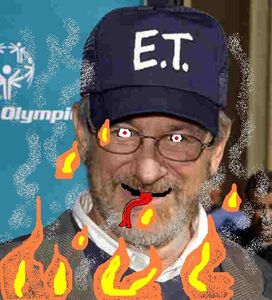 It's time again for Philosophy Sunday, our occasional feature where we discuss matters of the philosophical and spiritual domain. Today's edition has a very important message for you with eternal consequences. It is this: Would you like to have some NoStrings AttachedSexX thousands of easy women from all over (including me) can be found at my site

But that's not all! I have another important message for you. It's the day of the Lord, and instead of kneeling on the floor praying for forgiveness like the sinner you are, you're reading a webpage. Also, you're having impure thoughts about Evan "Pantsfish" Wade. Don't try to deny it, I know these things. The point is that, chances are, you have a one-way ticket to hell waiting for you when you die.

Do not fear, poor sinner! Although hell surely is a place of great dispair, you won't be going unprepared. Philosophy Sunday is proud to present a basic guide on what to expect when you're expecting...hell.

Like any trip, the success of your stay depends largely on how well you pack. Remember, this is forever we're talking about, so be sure to double check everything before departing. The demons are not happy when someone has to make everyone wait while they go back to grab their cellphone, and may respond by shoving a hot poker into your brain or replacing your cellphone with an N-Gage.

With that in mind, here is a list of suggested items:

1 bathing suit (for lake of fire)

Novelty t-shirt that says "Abandon All Hope Ye Who Enter Here" and then has an arrow pointing down. Laughter is the best medicine.

Enough clothes to last until the pain is so overwhelming that modesty is forgotten. 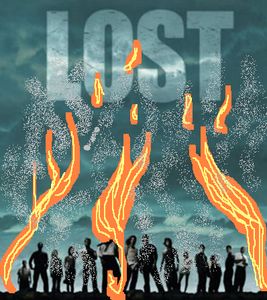 Once you are dead, the forces of Satan will be quick to snatch you up. This is where the preparation we talked about in the first section really comes in handy. Any packing must be completed by the time your final breath has escaped your now lifeless shell or you may face serious fines/mutilation.

In addition, you should wear some kind of nametag identifying yourself as the dead. There have been several incidences of embarrassing mix-ups in which demons, in a hurry to get moving, simply grabbed the wrong person for eternal torment. You should take care that there is no innocent look-alikes standing anywhere near you when your time comes. You should also make sure not to stick your nametag on them right as the demons arrive. And you shouldn't hide under the bed while pushing the other person forward. DO NOT DO THIS.

Oh, and you absolutely shouldn't start looking for a patsy now (it can be hard to find one near the end when you are distracted by dying and wishing you weren't dying).

Hell, hell is for children.

That one guy from the computer commercials is going to get really sick of "Dude, you're going to hell!" jokes after he dies.

Serves him right, annoying son of a bitch.

Past the Point of No Return

Your Trip To Hell

As you are pulled towards hell by the horrors of the netherworld, it is still not too late to think of ways to make up for what you did in life. You will, in fact, be encouraged during the trip to reflect on what you have done and explain exactly why you didn't mean it to be that bad. Don't be fooled into thinking you have a chance of convincing them! The Hell Council on Transportation is cheap and merely wants you to pave the roads for free.

Instead of wasting your time helping hell with its street maintenance, you should take this chance for some sight seeing. Mostly hell consists of darkness and fire, but the tortured souls provide excellent local color and the three terrible heads of Satan are the perfect backdrop for a quick snapshot. As hell exists in caves inside the Earth, you'll want to remember this tip to avoid confusion: Stalactites hold tight to the ceiling while stalagmites might be used to gouge your eyes out in a marathon torture session.

IMPORTANT: Bring proper identification if you are in hell on a temporary trip of redemption or rescue. Trust me on this. While many countries hold you in custody for lack of proper paperwork, hell's policy includes the release of horsefly larva directly into your small intestine. The bureaucracy involved in getting them removed is smothered in red tape and only made more difficult by your inevitable wailing and gnashing of teeth.

The imagination of hell is infinite when it comes to generating pain, so it is impossible for me to fully prepare you for every possible torment awaiting you in the darkness below. I can, however, supply descriptions of a few sample tortures in order to put you in the proper mindset: 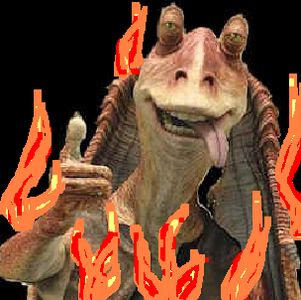 That guy from Aqua singing the best of Isaac Hayes right into your ear.

Eternal hellfire in the heart of a surging cloud of brimstone.

The toilet you're using backs up and the water goes right to the rim and then stops and you get relieved because you don't think it'll overflow, but then a little more water comes in and it overflows.

Then it turns out the line into the bathroom is made up of people who still think Chuck Norris jokes are funny. Half of these people work for the newspaper at my college. The other half work as RAs.

The worm dieth not

Just because this is hell doesn't mean you can't have fun! What with all the gays and psychopaths and non-Christians and basically everyone in the world who knows how to have a good time, hell is jam-packed with everything you could need for a kicking party. While the two most popular pastimes are suffering and watching other people suffer, there are plenty of other ways to get down while you're down...in hell.

To begin with, hell has a wide variety of community theater projects presenting everything from the works of Shakespeare to the Broadway smash Cats. Attendance to these shows, it should be noted, is compulsory for everyone. This is hell, after all.

For those who haven't let inferno interfere with libido, the Second Circle of Hell is the swinging place to see and be seen. Designed as punishment for the lusty, it combines the romantic atmosphere of an eternal torrential thunderstorm with every single easy fuck since the dawn of time. Sure, the furious winds of hell are always blowing mightily here, but so is...no that joke would be too easy.

If you want a more practical use of your free time, you could become an apprentice to a demon and start learning a craft! The career field is wide open, and whether you want to learn the basics of cutting off fingers or the more advanced art of allowing someone to think they've escaped from hell before revealing it was all a cruel sham and then cutting off their fingers, there is a demon just waiting to pass on what it knows.

Ok, I changed my mind about the joke. It was going to be that the people there are blowing too. Like oral sex. It's a pun because the wind also blows.

The bible has some pretty fucked up stuff in it.

Hell's good in studio, but its live show needs work.

Some people take television too seriously.

Q: After torture, how much should I tip the attending demon?

A: All demons will take a portion of your soul as automatic gratuity, so tipping is unnecessary.

A: Every visitor gets their tongue ripped out and fed to hellhounds while they are forced to watch.

Q: If God is a loving God, why would he want to inflict such pain on me?

A: The idea of a loving God comes from a mistranslation of the original Biblical Greek. The verse this mistaken idea is based on actually says: "God is a real prick sometimes." I hope this clears that up.

Q: What can change the nature of a man?

A: Some nerd shit.

Going to Hell is no laughing matter, and I sincerely hope the material above was helpful to you. Remember, it may not be too late to change your ways! If you would like to learn more about our Lord Jesus Christ, please click here!

If you would like to contact Jesus Christ about your immortal soul, please first check the Troubleshooting section of your Soul Technical Support Packet, then click here.

(Thanks Di for the MS-Paints.)