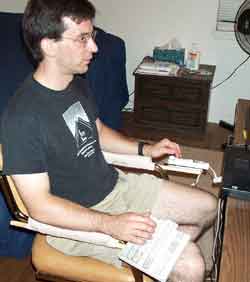 A forums poster in the process of writing a Dear Richard after he was permabanned for attempting a Marxist revolution.As you may very well know the Something Awful Forums are run by a tinpot dictator whose banhammer knows no restraint. Over the years forum posters have been banned for the smallest of infractions from posting on the Sabbath to jaywalking. In fact the forum rules are so draconian that posters who are caught playing for the Kansas City Royals are permanently banned on sight. The banned have little recourse against these immense travesties against humanity.

But there is one weapon in the banned poster's arsenal that strikes fear into the heart of every person on this planet, the Dear Richard.

The Dear Richard originated when high ranking forum members were permabanned unjustly by administrators whose bloodlust for banning knows no bounds. It was the golden age of the Something Awful Forums where everything was a million times better than it is now and every thread was hilarious and nobody did anything stupid.

The golden age ended when prolific forum members were permabanned during the dark ages when over moderation from power hungry moderators swept throughout the forums like the black plague or this stupid poker fad. These forum members now barred from the only thing they truly loved, posting on an Internet forum, would inevitably send Rich "Lowtax" Kyanka, the owner of the web site and a chain of waffle houses, an angry letter.

These letters varied in length, content and madness but all were essentially the same in spirit. They were rambling nonsensical diatribes that were meant to... you know in retrospect I have no idea what they were meant to accomplish but nonetheless they were entertaining to read. Years ago Dear Richards were plentiful and roamed free like the mighty buffalo and all was well.

Since then the Dear Richard has become a lost art. Fewer and fewer Dear Richards were sent until finally they were extinct. Many of you are too young or hung over to remember the Dear Richards of yesteryear. In an effort to revive this age old practice I will explain to you in detail the proper way to write a Dear Richard and how it can enrich your life and the lives of those around you.

Contrary to popular belief you don't necessarily have to write a Dear Richard to Lowtax. You can send them to anyone who has wronged you in any way whether real or imagined! Send Dear Richards to your state assemblymen, your parents, random people you meet on the street, ex-girlfriends, and watch as the world changes for the better.

Below is a real Dear Richard I sent to my mail carrier. Follow along and learn the true ways of the Dear Richard for one day it may save your life.

Oh it's on now. It's on and you done brung it. Every Dear Richard letter has to start out with the phrase "Dear Richard" whether or not you are actually sending it to a guy named Richard. 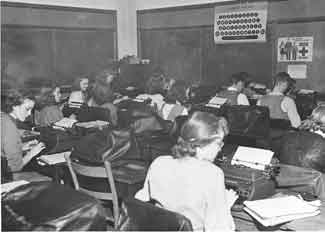 We are now accepting applications for my brand new Dear Richard typing school. Learn the skills you need to make it in today's fast-paced world.Originally Dear Richards were sent to Rich "Lowtax" Kyanka. These letters usually started with the now famous greeting "Dear Richard". This let Lowtax know you meant business. How, you ask? Because that isn't his wacky Internet name based on a guy who murdered his opponent in a Tennessee Senate election. That's his real name! That's the name his mother calls him. When Lowtax opens an email that starts out like, "Hi Lowtax", he doesn't read that crap. By starting out your insane letter with "Dear Richard" you ensure that Lowtax will pay attention to your ramblings and take your grievances very seriously.

I have never underestimated your ability to fail. I seriously don't think you'll last through the year. There are much better mailmen just waiting to be hired. Do you think this government owned postal service is going to last? Your past ventures as an ice cream man and a door-to-door fireworks salesman have been utter disgraces. Why not quit now while you're ahead? The people on your mail route have lost faith in you. It's only a matter of time until the end.

Predict the demise of your enemy with a kind of certainty as if you actually knew what you were talking about. Permabanned posters have been writing to Lowtax and predicting the end of Something Awful for years. Sure, the site is still up and running but mark my words, failure is imminent! For every new member that signs up for the forums SA inches that much closer to the end! Trust me, when the Sun becomes a red giant in 5 billion years and engulfs the Earth Something Awful will be doomed!

The United States Postal Service under Postmaster General Marvin T. Runyon was so much better than the shitheap it is today. You ran this organization into the ground. I remember a day when mail would actually be delivered to it's destination rather than get chucked onto a sail barge and flown into the sun. Back then the mailman could be constructively criticized and not be banned from receiving mail because the postmaster was on his his period that day. Even if that criticism took the form of a blowtorch and a can of gasoline and somehow a mail truck blew up.

When you are writing your Dear Richard make sure to mention how whatever it is you are whining about was better at some point in time before you began writing your letter. Make sure to not point out a future time period that has yet to occur as that would defeat the purpose of complaining. For example, don't say the forums were better in 2141. It's just common sense.

You recently stopped delivery of mail to my residence. For what? You couldn't handle the long trek up my walkway to my door to slip some mail into the delivery slot? Oh, I remember, it was my so-called "violations". Sorry, but your allegations are untrue and slanderous. As far as I can recall I did not try to ejaculate into your eye through the mail slot. Your claim that I was waving my penis at you through the window is absurd. I will be talking to my lawyer about these ridiculous accusations. I will bury you in court. Click. Print. Attorney time. It's already been set in motion. Prepare to be served.

I remember when mail was an art form! Now it's just a cheap trick you government fuckheads pull to lure the increasingly naive public into a false sense of security while Bush vacations on his private ranch and millions of soldiers die in Iraq. You people make me sick.

The meat of your letter will be used describing the various complaints you have against the recipient of your Dear Richard. Consider blaming them for things they have nothing to do with. Bonus points if you threaten a lawsuit! It doesn't matter how insane or implausible your ranting is, pile it on layer after layer like a club sandwich of revenge.

Never mind that your fat gook wife is ugly and smells. Did she marry you because she needed a green card? If I called INS right now you would never get laid again. You're more likely to lay an egg. How about you get out of your mom's basement sometime and stop suckling on her poor teat. Your mom is a huge bitch and your dog is gay. I should know. I did them both at the same time! Bwhahaha! 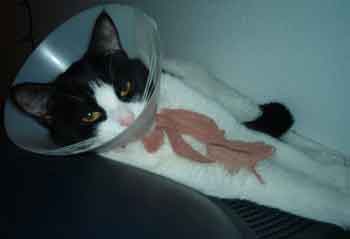 Dear Feline, I have never underestimated your ability to fail. You banned me from petting you because I dared to speak the truth. All cats are involved in the vast tuna conspiracy. Without me you are nothing. I am a legend.No matter what happens, attack the significant other. Sure, you don't know them, you've never met them, and you never will, but it is one of the most important aspects of the Dear Richard. Call their significant other every ethnic slur in the book regardless of what ethnicity they actually are. You don't know them anyway! I called my mailman's wife a slur usually reserved for a person of Korean descent but I think she is actually from Atlanta, Georgia. Works for me!

I am a legend. You are nothing. You will never again encounter such an incredible customer to deliver mail to. All the mailmen in Barnum County were lucky to deliver mail to me and my six cats. I have the finest house, the finest mailbox, and the finest garden. There will never be another one like me. I was the reason mail was invented. Without me the mail system will crumble and die. I don't even need to SNAIL mail anything anymore. All I need is the ability to send 128-bit SSL encrypted e-(electronic)mail from Linux that I installed on my Xbox that I use to watch downloaded episodes of Inyusha with my open source HD 1080 progressive media player under public GNU SOFTWARE SHOULD BE FREE fuck Micro$oft.

You are the best there ever was and the best there ever will be. Be sure to mention this several times in your Dear Richard. Since the great posters were permabanned the forums crumbled in the wake of their absence. GBS isn't the haven for humor it once was when moderation was less strict and catchphrase-spewing trolling faggots were free to shit on threads that weren't about their own IRC drama. All anyone ever posts about is Gilmore Girls now. This season Lorelai and Rory are going through a tiff but I feel that they will pull through in the end. True friendship is never broken, only sprained.

Next time I see you I am going to shove credit card applications down your throat and shit in your brain stem. Eat my shit mother fucker. You'll be sorry you banned me from your mail route. Fuck you faggot ass faggot. I never liked getting mail anyway. I was going to stop accepting mail but you just did it for me. Thanks a lot fucktard. Have a nice life. Don't let the door hit your ass on the way out.

So what happens next? If you wrote your Dear Richard correctly the following events should unfold.

Now you know the true power of the Dear Richard. And with great power comes great responsibility. You've seen what the Dear Richard can do to a man. Rich "Lowtax" Kyanka is nothing but a shell of his former self since receiving emails from permabanned forum members who despite hating Something Awful and the forums continue to obsess over it every single day of their lives. Go, my friends, and write those Dear Richards. Make me proud!

For more information about Dear Richard letters and permabanned forum members please visit your local IRC channel or where ever the dregs of society congregate.

There's something special for you hiding in the Daily Dirt. Go there now! Now!