Journey's guitarist Neal Schon and singer Steve Perry went their separate ways in 1998, but in the fanfiction alternate universe, they maintain their classic rapport as detectives. Usually the banter between the partners remains playful:

"Oh brother, Steve that was so long ago don't you ever get over anything?" Neal asks.

"No! No I don't! Especially since your bone-head idea almost got us killed!!"

But the precinct can be a tense place, and occasionally partners collide without regard for each other or punctuation:

Then he turns and looks at Steve and by now it is a different Steve that he had never known before. This Steve was wild and defiant and angry, Neal, for as long as he has known Steve he has never seen him like this before.

Steve stands in a fighting stance his hands balled tight into fists. "Stay down Neal if you know what's good for you...."

But of course Neal being Neal he doesn't and he pivots on one foot as he turns to go after Steve and Steve holds his ground and when Neal gets closer Steve reaches out and he grabs Neal by his arm and he easily flips him like he was a sack of garbage and when Neal lands on his back Steve jumps on him.

If imagining Schon and Perry as detectives proves too mind-blowing, visitors can retreat to the archival stories. Here, the author places them in the more familiar "musicians" role in order to explore pertinent Journey-related topics:

"You really don't think that you can get away with it do you? Pretending to be me?" Steve points at himself.

"Oh I don't know I have been doing a pretty good job of lately." The genie says smugly as he looks at his nails. "The neighbors... your so-called band mates... and... Sherrie." The genie looks at him.


"You are going to love this Neal. My wish is to be the lead singer of Journey...! Isn't that a kick in the head! All you have to do is shake on it and I can make all of this go away....so what do you say Neal...wanna shake?"

Neal nods his head and he raises his hand to the genie's and they shake...

Neal nods his head and he raises his hand to shake Steve Augeri's hand.

"Welcome to Journey Steve let me introduce you to the guys...." 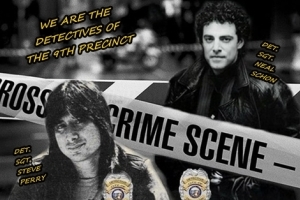 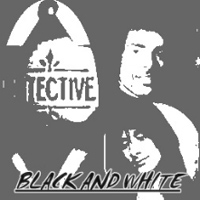