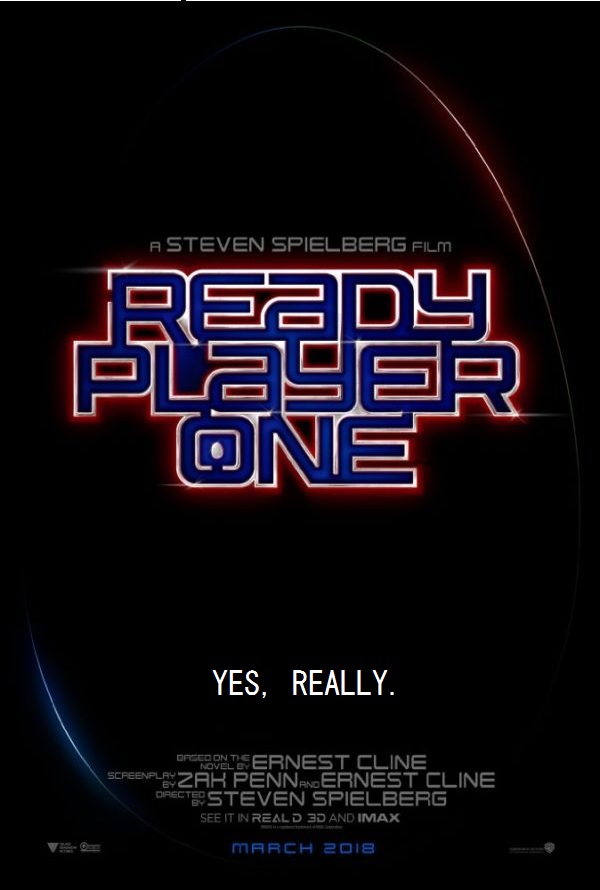 These hunks like stupid women
who have surgery because they're too stupid to think for themselves.
They're bimbos
plain and simple
and they're complete idiots
Absolute empty heads
They're objects
I can't get off to that because I respect women too much, even when they're FUCKING VAPID BITCHES WHO HAVE SEX WITH JOCKS.

I want a real woman.
An epic nerd girl with scoliosis.
A girl who knows how to use a calculator or owns a calculator.
Super Mario Bros. The Legend of Zelda. Mega Man. Contra. The uh, the one where the kid puts bananas in his ears. Startropics. Donkey Kong. Sonic the Hedgehog. Sonic the Hedgehog 2. Sonic 3 & Knuckles. [sound of one guy in crowd going wooo yeah at sonic 3 & knuckles]

Hello, I'm author Ernest Cline. If you liked this article, maybe you'll enjoy my novel Ready Player One, which is about a gamer... in a world where gaming is illegal [?? I think?? It's been a while]. I've also been told I have to plug something called... uh... This Internet, which is a comedy zine about... e-mail. I haven't read it. EC out.