You might have assumed the Starz channel's new series Spartacus: Blood And Sand was a mix between the slow-motion green-screened bare-chested violence of 300, the incredibly fake cgi blood from the 2008 installment of Rambo and the, well, everything else of HBO's Rome minus the good writing and acting and historical accuracy.

If so, you were wrong. This is a serious show that tackles some lofty subjects while treating the past with all due reverence. I know this because just before the gore and surgically augmented breasts come on the screen, a disclaimer pops up informing us that:

"Spartacus is a historical depiction of ancient Rome's society and culture."

Not knowing a whole lot about the society and culture of ancient Rome, this seems like a great opportunity to expand my horizons. Let's see what lessons are waiting to be gleaned from this historical work. 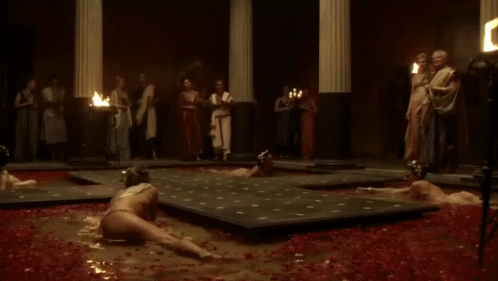 There was no such thing as a Brita water filter back in ancient Rome. For the purposes of sanitation and public health, pools of water were purified with flower petals and the wriggling form of at least one nearly naked woman performing a super skanky interpretive dance.

This mandate was widely considered too broad, however, as it made no distinction between various boies of water. Ankle-high reflective pools, small puddles and pots of boiling laundry were subject to flowery bouts of aimless sensuality. 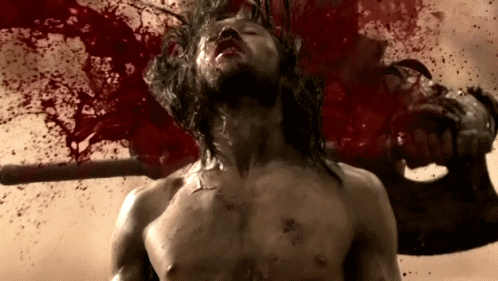 Being clobbered in the back of the neck with a blunt object released 2/3rds of your blood supply into the stratusphere.

As many of us who attended public schools know firsthand, this is no longer the case, but there were many factors which made fountains of blood more commonplace in ancient Rome.

For instance, there was practically no medicine to treat hemophilia. Also, people didn't know about AIDS back then, so they were more liberal with their bloodplay. 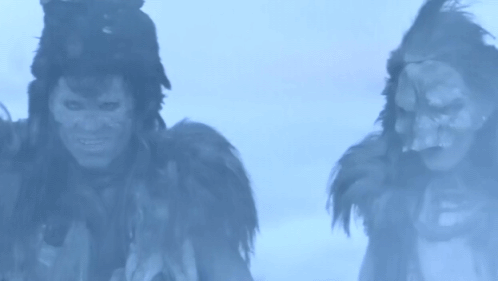 Orcs were a constant threat to the Roman Empire. They would walk around all evil-like, with their hunched stances and menacing smiles as they closed in on innocents. Sometimes they would even beat drums and snarl.

Luckily, everything you saw in Lord Of The Rings was true. A single warrior with good intentions could easily mow down dozens of orcs in spectacular fashion. 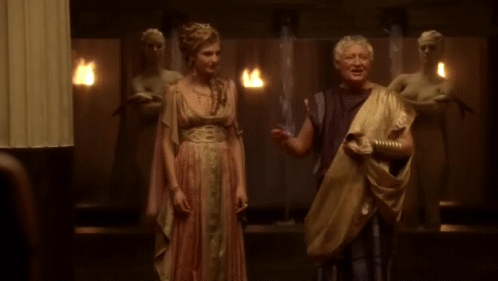 Members of Rome's noble class fancied the idea of decorating their homes with works of great art, but hiring sculptors to create statues was a hassle. As an efficient alternative, many simply ordered women to paint their entire bodies grey, then stand very still while holding comically large fish.

As a sidenote, this is where the now-popular phrase "that woman is holding a fish" originated.

Nipples, The Only Armor I Need 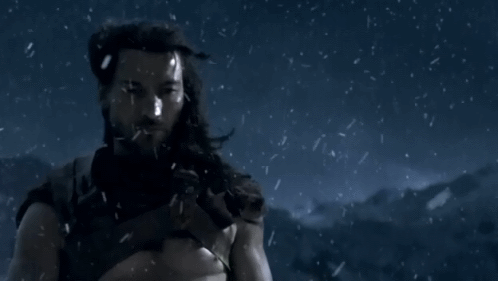 The Thracians never covered their chests with armor or shirts. They felt so strongly about exposing their Bowflex-sculpted abs that even when it snowed, the Thracians refused to wrap up in their dramatically billowing capes.

Sadly, this contributed to the loss of many warriors' lives in the chaos that erupted when a Thracian warcamp attempted to organize a game of shirts vs. skins basketball. 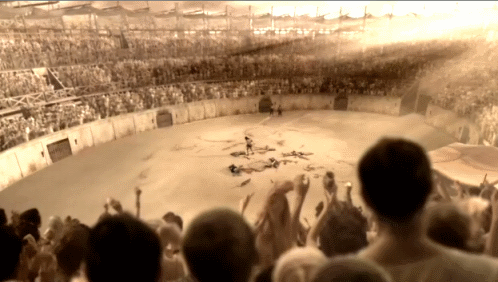 As you can clearly see in the example above, ancient Rome simply did not have the capacity to make convincing computer-generated special effects. This ultimately led to their downfall. Once the world's greatest empire, they are now known as the guys that didn't make Wall-E.