Last year's Star Trek reboot made $382 million dollars worldwide, and many of those ticket buyers had only cursory knowledge of the franchise prior to being lured by Sexy Sylar Spock and those bright, shiny lens flares. Despite enjoying the film, most of these newcomers are content to wait for the next big-screen sequel instead of devouring every prior Star Trek-related movie and TV episode. The Something Awful Goons will not stand for this! They need everyone to know the brutal nature of the Gorn, the military prowess of the Jem'Hadar, the aquamarine tint of an adult Andorian's skin. And if people won't come to these characters, they'll bring the characters to them.

It seems to me a strange thing, mystifying, that a man like hellbastard wastes his time on creatures of this kind. 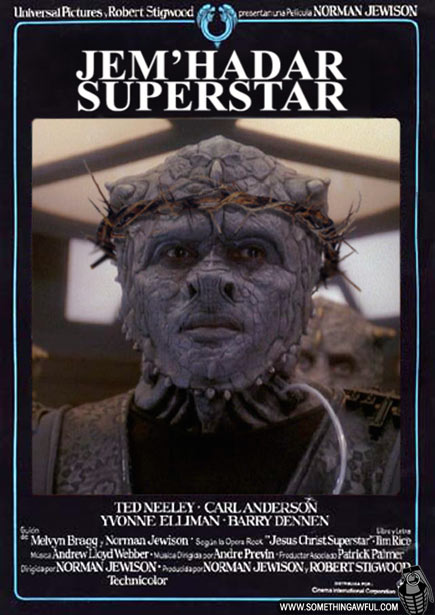 Starno takes this image to its logical conclusion. 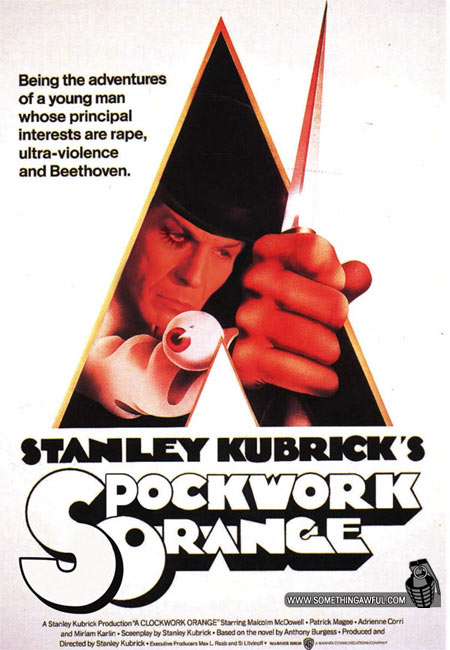 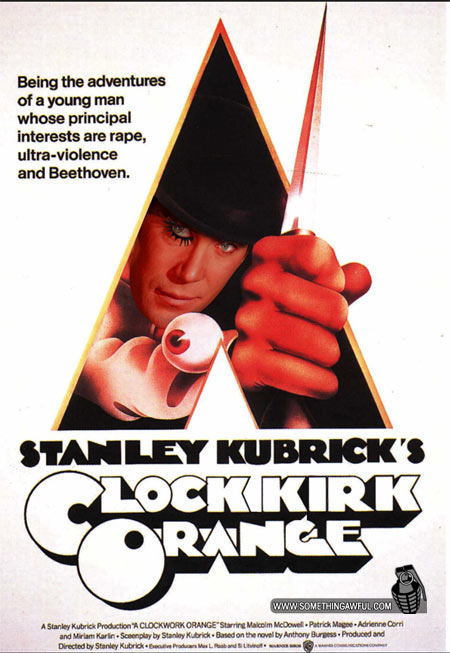 Wormophile has a flair for the dramatic. 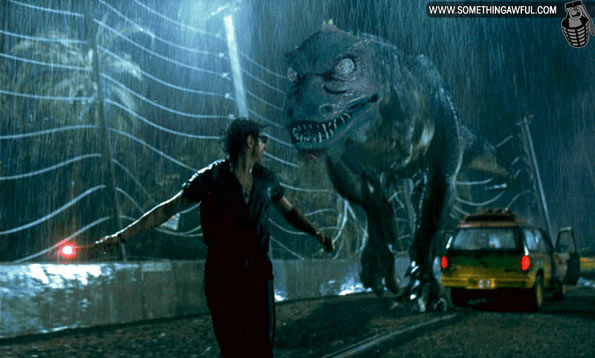