Sunday, Nov 12, 2006 by Johnny "Doc Evil" Titanium (@fart)
Hey amigos, this is my first Weekend Web in about a month! I'll spare you the details, but I got a(nother) job and I've been pretty strapped for time lately. After begging for a very long time, Lowtax said it would be all right if I took a break for a while, so while you were emailing me asking "Hey, where's that idiot with the web site pictures?" I was having the time of my life at glittery parties and having drinks with beautiful girls. That's right, I was asleep!

You know, at first I thought that instead of explaining why there haven't been any Weekend Webs in a while, I could just embed a YouTube copy of Mark Morrison's Return of the Mack and say something cool like "YEAAAAAAH WHAT'S UP!!" but that doesn't really say anything other than how much I really like that song. What a jam.

This week we visited Indiaparenting, which from the sounds of it, has to do with parenting in India! But hold on to your hats, because they also talk about SEX! Yeah, SSSSEEEEEXXXXX!!

Owning a house, raising a family, yeah right! "samesame" is down to earth about his life goals.

AUNTY is the new Sparticus. 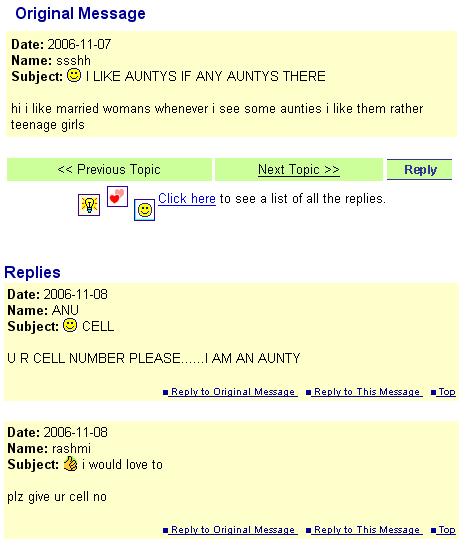 Boobs are never pointless, my friend. 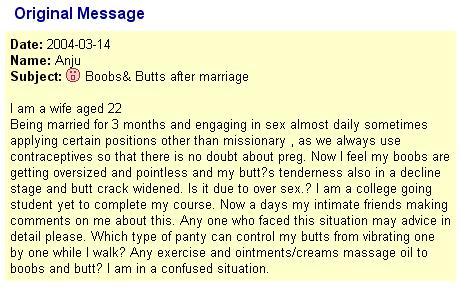 "foster's" hard to control corck makes it very difficult for him to type his posts.