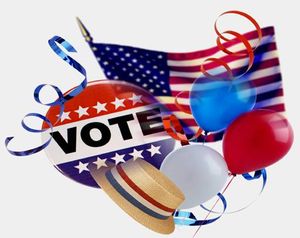 Their statements are based on the absurd assumption that allowing every state to have their say in national politics is a good thing, rather than the main reason why America is lagging behind just about every other developed country in just about every way except in the area of spending tons of money on new gadgets for our military to kill people with.

Ohio isn't plagued with the repellent politics or grandiose incompetence of my other two picks, but it earns its place on this list for its consistent tendency to edge its way into a pivotal position in national politics, and then to charge enthusiastically in the wrong direction, dragging the rest of the country along with it like a four year old dragging an irritated parent to buy some stupid toy that the kid won't even like once he gets it.

The 2004 presidential elections came down to their working-class white asses, and we all know how that turned out. More recently, they made the bold decision to string out an interminable primary process that has literally already been mathematically decided in favor of the other candidate. A chain is only as strong as its weakest link. A video game is only as entertaining as its most boring escort mission. A country is only as strong as its ability to tell Ohio to fuck off. 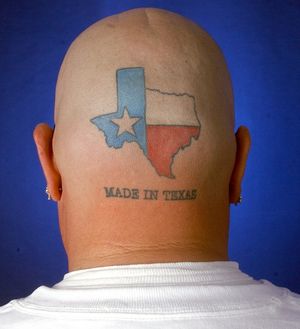 One easy point to make is that it gave both Bushs their start in national politics. But I won't talk about that. After all, I'm from the state that introduced to the world to a certain genial monster named Reagan. No, instead I want to talk about Texas's deep love for killing people. Especially mentally-handicapped people.

A single glance at the number of executions per state since 1976 should give you ample reason to deprive Texans of the right to decide anything ever outside of their dusty wasteland. Out of a little over a thousand executions done in the last 32 years, Texas performed 405 of them. To put this into perspective, the second highest number comes from Virginia at 98 prisoners killed since '76. To put this into a different perspective, Texans are bloodthirsty savages who long for the days when they were allowed to lynch people they suspected of crimes such as theft or not being white.

Oh, and a full nine of the executed prisoners were mentally-handicapped. I know, I know, nine people who are absolutely incapable of understanding the world around them or of what they have been accused doesn't seem like that excessive a number, but I've always been a little nit-picky about killing mental patients through processes that are objectively unfair.

One last thing: I know I wasn't going to hold Texas responsible for the idiots they elect, but don't imagine that they learned their lesson from five years under Governor Bush. Current Governor Rick Perry invited Ted Nugent to perform at his inauguration bash. Surprisingly, that resulted in the following:

Using machine guns as props, Nugent, 58, appeared onstage as the final act of the inaugural ball wearing a cutoff T-shirt emblazoned with the Confederate flag and shouting offensive remarks about non-English speakers.

Governor Perry assured the press that this was "no big deal" before excusing himself to personally shoot a few random state prisoners in the head.