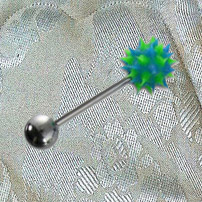 There are, like, 3.5 million women in the world and I plan on sleeping with every one I meet at the free health clinic. With that kind of ambition, I can't stick around too long. But, per usual with our Judeo-Christian culture, Briana and I secured our relationship through consumerism. I stole this from some booth ran by a Vietnam vet. It's okay, I guess. 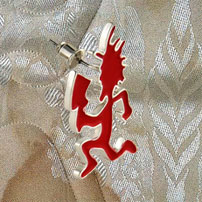 Most of the sores and scabs you see me picking at aren't from anything but bedbugs, but that day I was ripped up all over from lust and a swallowed coon. Most of the cuts had been licked clean by Boom Boom, but a few still oozed. I found the portapotty. Occupied, door closed. You know how much I hate doors. If you think I'm bad about letting you close this dorm door when you want to sleep or change or whatever, you should have seen me at this crapper. I was banging on it and really getting raged so I just went and tore the whole thing off. Without looking, I pushed the man off and started doing my business. There was a crowd watching me go. It was perfect. All the while, the fat guy I pushed off was watching from like a foot away. Dude, the fat man said, I was using that. But I was already philosophizing in my mind about an article in The Economist I had read. Something about the Euro. When I finished and wiped, I saw the fat man in front of me. His clown makeup was streaking near his tearful eye and dripping onto his XXL jersey. He said that his large earring had fallen into the blue sludge below the toilet brim. He seemed hurt. Three weeks later, the fever induced hallucinations from all the infections wore off and I was in the hills of Idaho. Then I came here for some reason.