The following transmissions were picked up by Deep Space Probe 718 as it began its orbit of star B00718 nearly one year after the Great Search had begun. Over seventeen thousand such probes had been launched into the furthest reaches of space to study solar systems capable of sustaining life as part of the Great Search. Deep Space Probe 718 was the first to make contact.

It is worth noting that although the probe was equipped with faster-than-light propulsion systems along with state of the art sensors and artificial intelligence, faster-than-light communication had not yet been invented. As a result, these messages did not reach Earth until more than three years after they had been relayed from the probe. 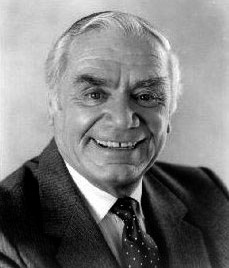 This is the Television Satellite Control Center on the planet Borgnine. I don't really know what the protocol is for this sort of thing, I'm just a guy in an underground bunker that monitors our tv satellites. I don't even know if you'll get this message or if you speak my language, but I figure I gotta say something! There you are, a real-life alien craft floating around in our very own solar system. The guys at the bowling alley won't believe this one.

Let's see... what do I do here? I guess I should tell you about us.

We are a peaceful people of identical stature and facial features, all named Ernest Borgnine. It keeps things simple. There's millions of us, ya know? If everyone had their own name who the heck could remember all of them? Aside from Ernest Borgnine, I mean. That guy's a piece of work. Real smart, but kinda spooky. You know the sort.

Our society is a veritable utopia thanks to our incredible advancements in recliner technology, beer brewing, and color televisions. You should see the snazzy recliners we've got down here! Some of them let you lean so far back that you'll die if you try to get up again. You will literally die. It's terrific! We have no crime, no hatred. Just long lazy afternoons spent watching tv and drinking beer with our buddies.

I'm no scientist, but maybe we could exchange technologies. We'll tell you all about making great beer and you guys could show us one of your space-age card games or Hawaiian shirts that wash themselves. You don't have to answer right now, just think about it.

Say, can you give me some sort of a signal that you're hearing me? I'm going to send a message to all the guys on the surface about you, but I'll be keeping an eye on you on my monitor. Boy howdy, is this exciting!

After this first message was translated by the probe's onboard computers, the artificial intelligence system responded by deploying the universal sign of understanding and peaceful intent: a large robotic hand giving a thumbs-up. 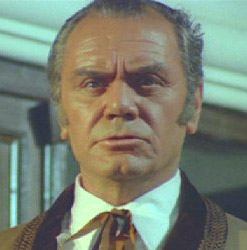 I caught your signal on the monitor, thumbs up to you too buddy! I was really worried for a minute there that maybe you were going to kill us all with death rays or explore our anuses with long cold fingers, so your message was quite the relief. I don't expect to hear much from you since your craft is probably unmanned, going by its size. Unless you're super tiny. Wouldn't that be something? The first alien shows up and it's an ant or a really small dog something. Space is all sorts of wacky.

I tried to tell the guys on the surface all about you, but no one responded and now I'm seeing some strange reports on the television feeds. I'm not sure what's going on. I'll get back to you in a little bit, buddy.

They locked me down here in the bunker. Some poor soul up on the surface, trying to save me from the very fate he probably met mere moments after his heroic deed. Darn it all to heck!

Things are all screwed up down here, buddy. I'm not even sure where to begin.

An evil group emerged from some hidden island today, calling themselves the "Borgten" and claiming to be the next step in the evolutionary process. They struck at our coastal cities in their McHale-class naval destroyers and Airwolf attack helicopters. Tens of thousands were killed, and those that didn't lose their lives were hypnotized and forced to join their ranks.

It sounds like a bunch of hocus pocus, but someone on tv explained it all. The gaps between the Borgten's front teeth are much larger than ours, and this increased space is used to amplify some sort of brain-scrambling whistle that will turn you into one of them if you hear it. It makes a lot more sense when a guy wearing glasses says it, with the computer animations and everything.

We weren't prepared for this. Like I said before, we are a peaceful people. We don't even have an army anymore, and the only nukes we have are reserved for the 4th of July fireworks show. Things are looking pretty grim down here, buddy.

I'm sorry I haven't made contact for so long. I sat here alone and watched this bank of monitors as our great cities fell one by one, my heart breaking as our mightiest television channels blinked off the air for good. Sometime after the All Arguments Channel disappeared I fell into an exhausted, dreamless sleep that lasted for twelve hours.

There is a pool on the console where my head lay. I cannot say how much of it is drool and how much is tears. 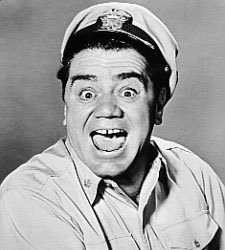 Just realized I only have enough food down here to last me a few days at most. I'm sure there are others like me out there, trapped and starving.

I know for a fact you had nothing to do with these attacks since you gave us the thumbs-up, so would you mind helping us out? I hate to be a mooch, but we could really use some potted meats down here. Anything that's in a can and resembles meat will do. Without potted meats, we're goners. We've become allergic to everything else. Please, just some vienna space sausages or whatever you can spare.

You're not going to help. It's okay. You're either unable to do anything or have chosen to be here at the fall of our civilization as an observer. Right now I don't really care. You're someone to talk to, and that's enough for me.

Some of the television stations are still on the air. When the Borgten came with their hypno-rays, the cameramen and producers from these channels simply got up and wandered off to join them. There are about eight unmanned feeds coming through from all over the world. Every once in a while one of the Borgten wanders by, pieces of a recliner strapped to his body like some kind of crazy armor.

It seems as though they're taking our technology apart and using the pieces to build something on the god forsaken island they came from. There is an image on one of the channels, grainy and out of focus, of what looks to be a halfway completed television floating over the sea. It is a perfect cube, and its top brushes against the clouds.

I don't want to know what they plan to watch on that thing, but I hope to starve to death before they get it working.

It will probably be C-Span. Blech.