Friday, May 19, 2006 by Josh "Livestock" Boruff (@Livestock)
In our current world, it costs roughly $2,300 to fly ten feet on most major airlines. Because of the horrifying costs, people often turn to off-name and budget airlines hoping to catch a good deal at the sacrifice of quality and reputation. This week the Something Awful Forum Goons focus on some of these lesser known airlines, the ones you should definitely avoid at all costs.

Channel_F made this image which inspired a generation to also make like-minded images. 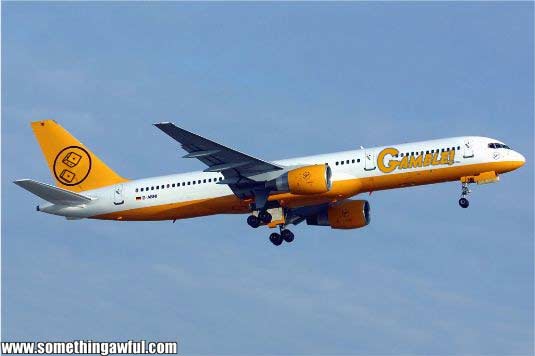 I don’t know things longs for the touch of a beautiful and elegant lobster. 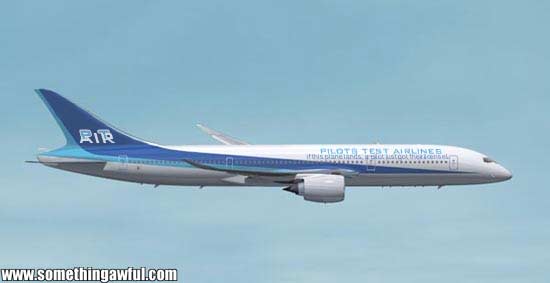 PipeRifle bought fifty of these images at Costco when he only needed one. 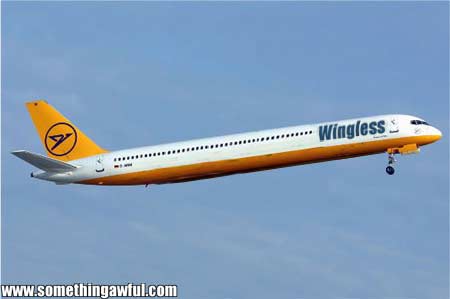 This Channel_F picture originally had a full beard, but it was shaved at the last minute to reduce friction. 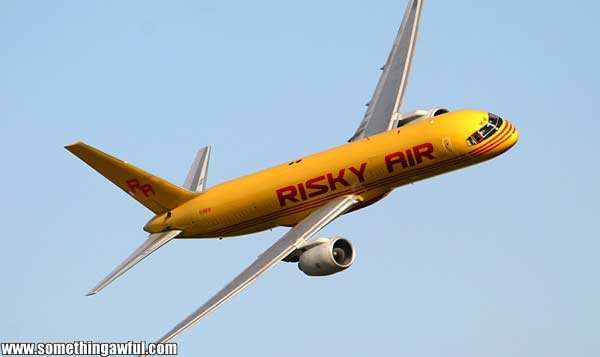