As part of a new Photoshop Phriday and Comedy Goldmine feature, we will now be showcasing some of the worst images put fourth. For all the hilarious pictures we've showcased throughout the last year, there have been many more so awful we wouldn't dare mention them. Well, the policy of silence has ended! The purpose: to terrify you and hopefully scare those responsible into getting help or quitting. Oh, and also to make fun of some bad images. Let's get this gulag cooking!

"Luigi" has the misfortune of being the first victim of this new feature. Wow, he used that chubby lad with the lunchbox! Obviously Photoshopping him into any picture equates to instant hilarity. No wait; raise the stakes by referencing the Insane Clown Posse, a popular musical act known for not being very popular or musical. Does the comedy come from you not coming up with anything original, or from the expert craftsmanship of your submission? The free ride is over, Goldilocks. Now get the hell out of my house, you goddamn porridge coveting son of a bitch! With any luck, a bear will maul you on the way home. 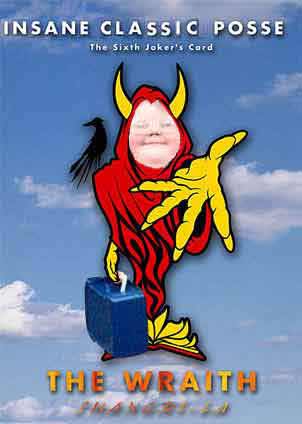 Not even Adolf Hitler deserved the treatment "ParticleMan" gave him. We're very impressed with your advanced cutting and pasting skills. Now cut your arms off and try to paste them back on. 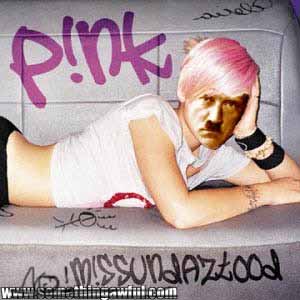 The amount of work that went into this one is unbelievable! Why "PixelMan" must have spent a whole 30 seconds painstakingly working with those pixels, as his name implies. The original album cover had the word "Dry" in place of "Swallow." That's more appropriate, since the wells of "PixelMan's" wit are as dry as Estelle Getty's vagina. 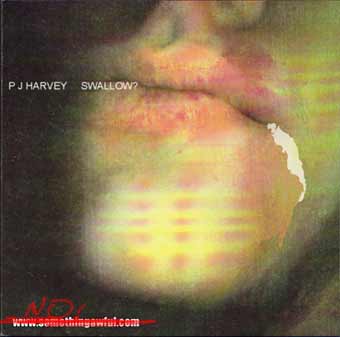 Argh! "RSPsych0" really shines with this face-raping picture. Nobody wants to know where Axl Rose is because Axl Rose is an idiot with the voice of a ten-year-old girl choking to death on a brillo pad. What's worse, this isn't a CD cover. It's more like some kind of horrible plea from a diseased fan. I think your idea might have worked on a milk carton, but only if the milk was spoiled and you got sick from drinking it. 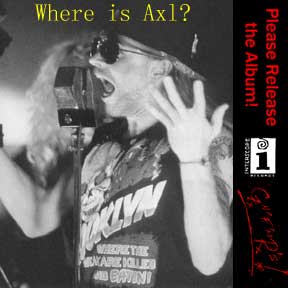 "Darknyte" really sticks it to Rage Against the Machine. I don't know, the idea of an Amish empire doesn't exactly make me laugh. I hope his technical skills make up for the idea's shortcomings! Oh shit, they don't. This cut and paste job wouldn't even cut it in a kindergarten for mentally retarded ape children. Nice job replacing that text there, Captain Craftsman. Part of executing an idea is executing an idea, not mangling it and then mangling the mangled remains. Don't do what you can't do right! 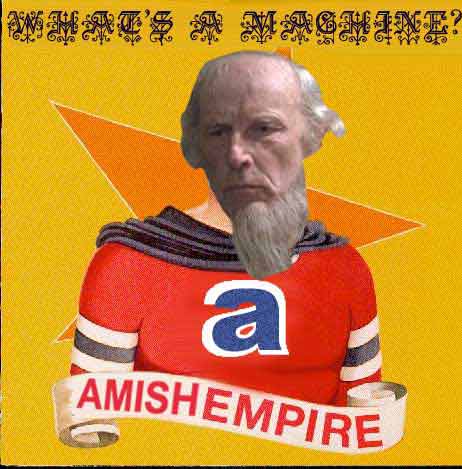 "Mr. Wong" scores points for being the confused newbie with bad ideas of the week. He gets to be baptized by fire as a result! To compliment his amazing technical skills, he also has a wide range of stupid ideas. Actually, he lacks ideas altogether. I think he just wanted to see his name appear on screen. With amazing skills like these, he'd be better off just writing his name on his monitor with a magic marker. Enough personal attacks, though. Let's attack his work now instead. I think the world has had more than enough Austin Powers references, and it doesn't help that they are used here as the backbone of a "funny" image. Further improving things is a tired old Photoshop cliché, "the thumbs up guy." Absolutely dreadful. 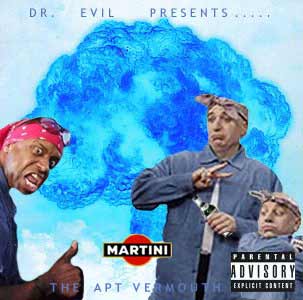 But hey, he wasn't finished there. He still had time to beget a twin for his magnum opus, this time replacing an important character! If only people would take the time to either learn Photoshop or come up with solid ideas before they upload their "hilarious" masterworks for the entire world to see. Today truly is the day that music died. 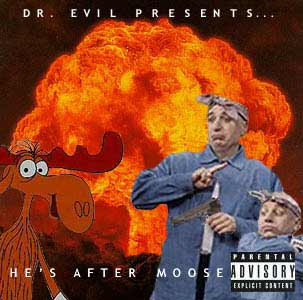 Thank Thor that's over! No thanks to the people who made these images! I felt my standard of living go down just viewing this crap. Oh yes, do be sure to join us next week for the good stuff. You can also show up for the bad stuff, but that wouldn't be recommended. Next week we'll be pasting pictures of paste over pictures of scissors. You won't want to miss that!