Friday, Oct 06, 2006 by Josh "Livestock" Boruff (@Livestock)
Recently the Something Awful Forums Goons were introduced to a hopeless accountant named Johnson, the star of some equally hopeless college textbook. Johnson is up to his neck in paperwork due to the fact his manual accounting system is simply no longer adequate. Johnson is not alone in his fight. The SA Forum Goons decided to try to help Johnson, or at least give him something else to worry about other than his manual accounting system.
Because I am secretly dying at the moment of various ailments and because there really isn't much to say about 50 drawings of an accountant, this week will be comment free. Take that as either a blessing or a curse, but know that they will return next week. Also thanks in advance to the three people destined to send me ironic e-mails asking me where the words they don't read are.

ScudAwful provided this unscathed image from some dumb textbook, which inspired a cast of dozens to rise up and make images. 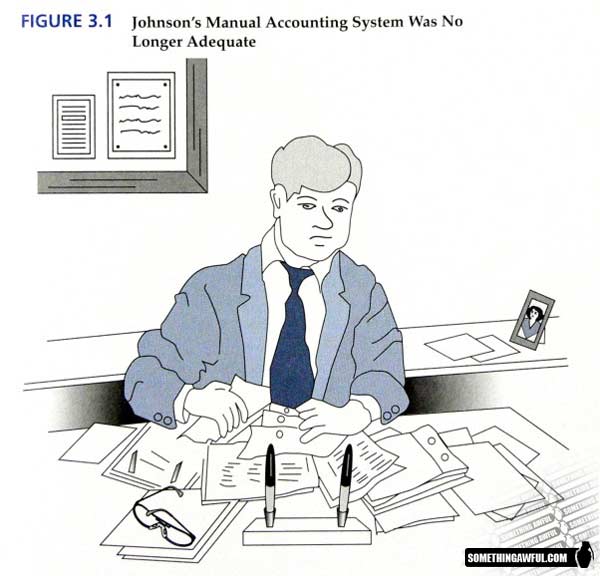 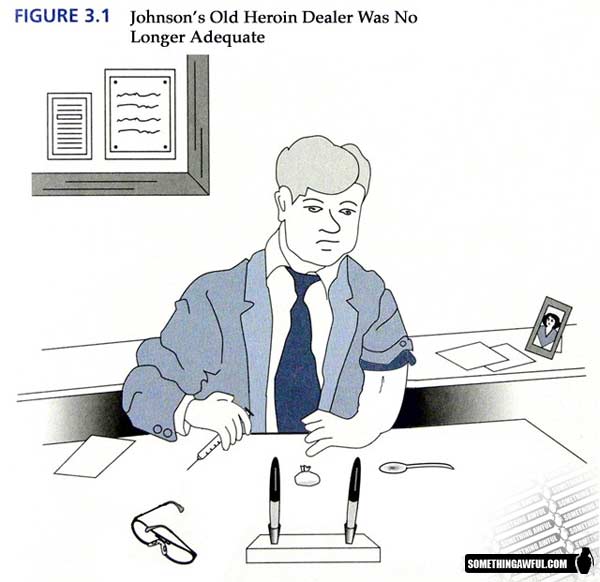 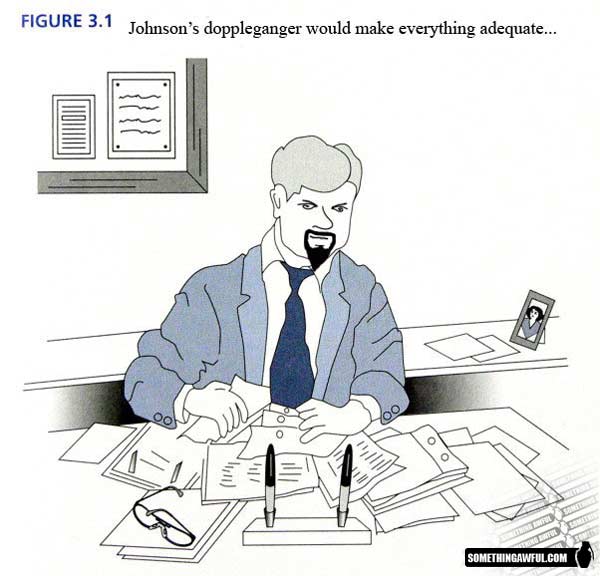 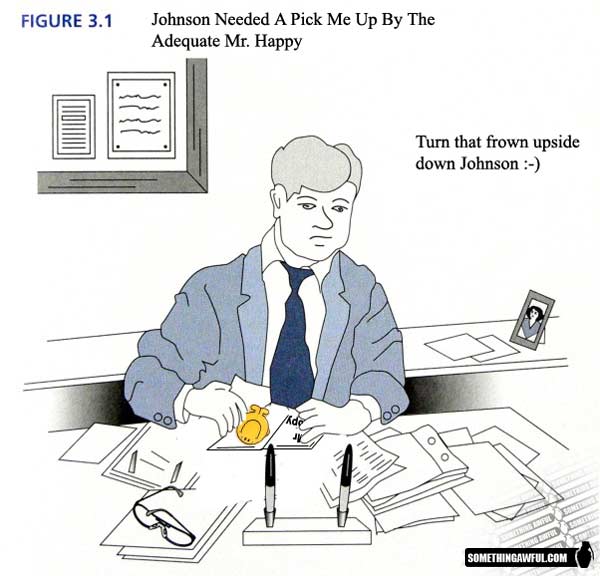 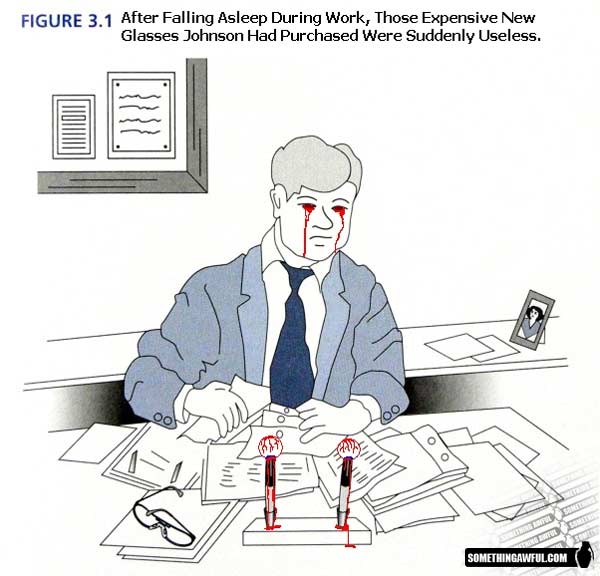