Thursday, Mar 27, 2003 by Josh "Livestock" Boruff (@Livestock)
This week we're going straight to Hell with a fun and playful edition of Photoshop Phriday focusing entirely on religious themed toys. If you're the ultra sensitive religious sort and you've made it this far, you might want to turn around or pray for our souls or whatever it is you feel compelled to do when blasphemy is piped through your TCP/IP protocol. Pretty much everybody who grew up in a religious household at one time or another got stuck with a boring Bible-friendly toy completely devoid of any sort of kung-fu grip or side mounted plastic missile launcher. Trying to derive fun out of a toy based on a 2000-year old book isn't always easy, especially when coupled with the brazen agenda of teaching you the importance of religion. Well, after two millenniums of torture, we're fighting back with some really cool religious toys. Oh, who are we kidding, there is no such thing! Get ready for the Something Awful Forums take on religious toys. Don't worry, all the major religions and then some are represented!

"Inky" cheated and called upon the awesome power of the third dimension. 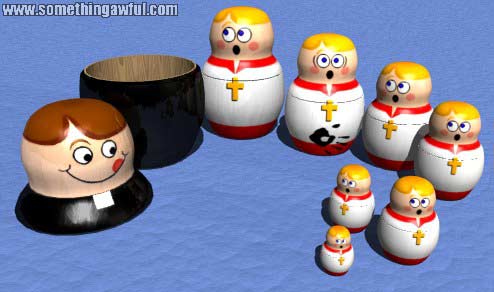 "Pixelman" appears to enjoy annoying texture filters, but who doesn't like the PopeMobile? 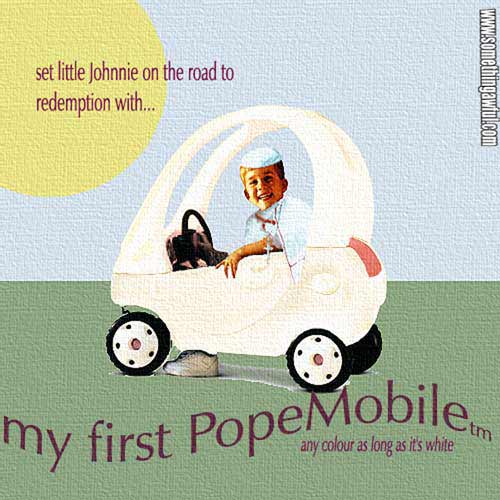 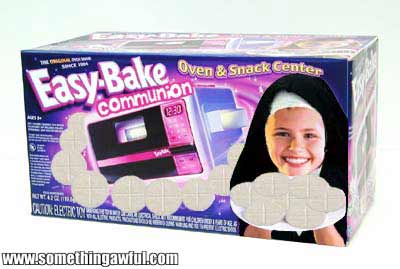 HOW DO I CHECKMATE YOU STUPID FOOL? "mortalenema" is insane! 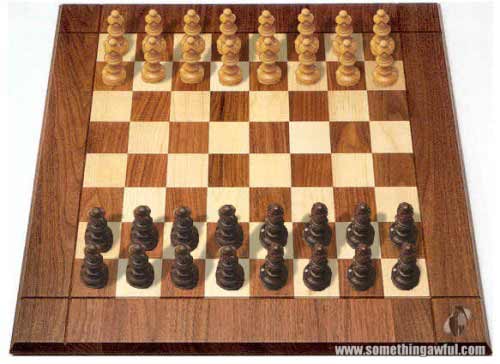 Hey look "Livestock", it isn't funny when I write stupid comments above your images, now is it? No, it's not. 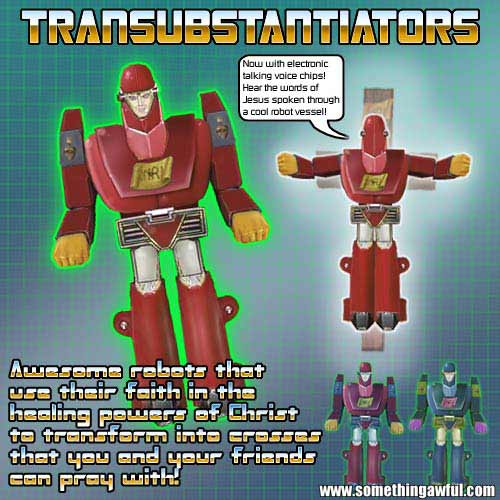