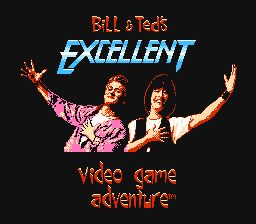 At a Glance: Ah, Bill and Ted. Could any other duo evoke such a wistful response in today's film audience? On average, 20- and 30-somethings pop 12.61111 boners when thinking about the franchise, probably because it brings back memories of a sweet, sweet era when Keanu Reeves wasn't taken seriously and he could utter a "whoa" without inspiring major international wars between civilized populaces, by which I don't mean anywhere that people pay money to see Keanu Reeves films. Anyway, ALLOW ME TO SLASH ALL OF YOUR PRECIOUS MEMORIES IN THE THROAT WITH THE WORST COLLECT-A-THON EVER CONCEIVED.
Platform: Nintendo Entertainment System, 1991
Know a terrible ROM? You're not being excellent to me, dude. 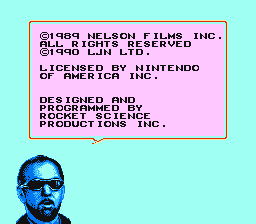 Part of being a badass motherfucker who doesn't play by society's rules is respecting copyright on shitty games!Story: After the events of the movie, George Carlin takes a break from being the first person ever not to believe in Jesus to inform Bill and/or Ted that "Time-space rebels" have kidnapped important historical figures! They'll only be willing to return to their own time if we coax them with "historical bait," which surely won't be one of 232,004,434 contrived collectibles mentioned so far in this intro! It's completely nonsensical that we have to "coax" them back to their times when they were fucking kidnapped but obviously it's our responsibility to do it anyway because otherwise the entire space-time continuity would be-- wait no my bad, we only give a dick about our Wyld Stallyns concert. This will not be the last time that Bill and Ted are assholes, as throughout the game they break out of jail, throw pudding at starving serfs, and occasionally commit mass murder.

Gameplay: I want you to imagine George Lucas's cock. No really, go ahead, envision it with all of its curly 1970s pubes with maybe a whisp or two of greying relevancy tossed in there. Now immediately forget about that cock, but envision the weight of the sort of person who routinely fantasizes about putting his mouth on it. Now transform that person into an elephant -no, twelve elephants, all of whom are avid fans of reality television. Now imagine the elephants have merged together, been hit by a steam roller, and scrawled upon 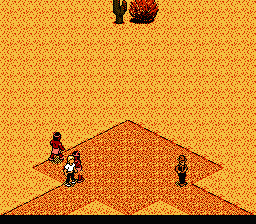 Expansive, immersive worlds!by deviant art's user base, except instead of only being able to draw lions which look exactly the same, they can only draw scribbly shit.

These are the worlds, which you may have gathered are a tad on the large side, making it fucking impossible to find historical dogshit in them. Yet on top of scouring for dead people, you have to track down "historical bait," even though there there are no maps, no signposts, and virtually no distinguishing features aside from the occasional instance of a programmer's nephew going apeshit with the copy/paste feature tool. Your best bet, then, is talking to NPCs. Unfortunately, when they're not trying to throw your ass in jail or sexually assault you, they're spewing identical cookie-cutter text about pudding and coinage. In the same level, NPCs told me all of the following:

Graphics: The intro sequence had me temporarily fooled with some decent if unintentionally hilarious character portraits. Then everything goes to hell. Levels consist of featreless expanses with scrawled roads that occasionally resemble stuff like "The Middle Ages." But you could just change the title and call it "The Rennaisance," "a football field," or "Fragmaster's front lawn," which you should stay off of unless you want him 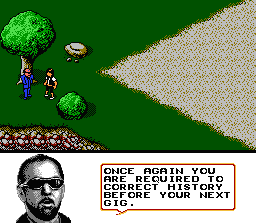 Sound: At least the shrill beeping noises you hear every five seconds are damn close to the Wyld Styllion's musical talent! Goddamn I'm getting lucky with sound lately! The kinda-sorta-vaguely historical themes are matched with kinda-sorta-vaguely historical music, which bleeps innocently in the background for maybe three minutes and then... stop, because they're too goddamn inbred to figure out how to loop midis. I never did figure out how I felt about this, as the first level's music wasn't that offensive. At least not until I realized it was a fucking Paul Simon song with two notes altered. EXCELLENT!!

Fun: On the one hand, it's nice that someone realized a couple of retarded teenagers wouldn't be able to do shit on fantastic adventures aside from hide and throw pudding. You know, a collect-a-thon could have been cool, but they just tossed in a bunch of items that didn't do anything amidst a bunch of NPCs that didn't say 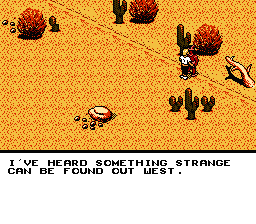 Thanks for the tip, bro!anything in a bunch of hugeass worlds that don't contain anything to disguise the fact that there is no fucking game. If I woke up after doing every narcotic known to mankind to find myself lost in a completely different solar system with no recollection of how the hell I got there, who the hell I was, and where the fuck my dignity ran off to, it would still be easier to navigate than Bill and Ted's levels.

This week, on a Very Special defining moment : Before every level, you're thrust into the Circuits of Time. If you just let your phonemobile glide through the circuits, it takes a fuckton of your arbitrary cash.Thus begins one of the worst mini-games ever shat out by apes with rudimentry programming knowledge. You're supposed to shoot your phone booth through these little circles, but it moves way too fucking quickly to do so. When I was forced to play through this, I was certain the game couldn't throw anything worse at me, but I was wrong. This week's Defining Moment doesn't, in fact, define the game, and that's what makes it so christing terrifying.

Each game is based on a rating system of-- why the fuck is this here in every article? Seriously, can't you horrible people even count? I mean negative numbers are hard back in middle school, but if you close your eyes and think with a pinch of pixie dust-- Ah, screw it.