Thursday, Apr 10, 2003 by Rich "Lowtax" Kyanka (@TwitterHasBannedAllMyAccountsEver)
Know of an awful site? Send it to us and become a hero!

Flat-Top Crewcuts, submitted by Plissken. Hey gang! Do you like doughy, moist 1960's white guys as much as I do? I bet you sure as hell don't enjoy them as much as Dr. Ed Friedlander, an MD with board certification in both anatomic and clinical pathology! He loves white guys with flat-top haircuts! He loves collecting pictures of them and displaying these photos with pride! He loves flat-top haircuts almost as much as I love using exclamation points! Physician, heal thyself! 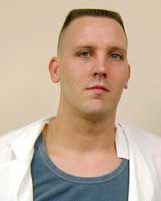 When the manned space program was beginning, I thought Gus Grissom looked great with a flat-top. In eighth-grade, one of my classmates got a flat-top. I thought this was the coolest thing I'd ever seen. During the Watergate affair, I thought H.R. Haldeman's haircut, though not his politics, was the greatest. But it wasn't until I was 32 that I realized I could get a flat-top buzz-cut of my own, just by asking my barber. Whenever I am tempted to call anyone else stupid, I put it in perspective by remembering all those years when I could have had my flat-top crewcut. 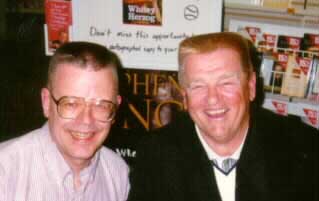 Flattops were especially popular in the conservative 1950's, and remain very popular in the military and among policemen. You'll see flattops worn by high-up professionals and working men, and by guys of all orientations and ethnic backgrounds. I have noticed that flattops are especially popular with computer geeks, bodybuilders, police officers, and professional military men. All are non-nonsense, self-sufficient, hard-working types. When I pass a stranger with a flattop, I usually say, "Sir, that's a great haircut!" Almost always, I'll get a smile, and some reply that confirms the common bond among flattop men.