Highlights From The Game Developers Conference

The biggest story from this week's Game Developers Conference came from Harmonix, developers of the hugely successful Rock Band. In addition to the steady supply of new songs that are being made available for purchase as downloadable content, the game is about to get its first true expansion along a brand new peripheral unique to each console, pictured below. 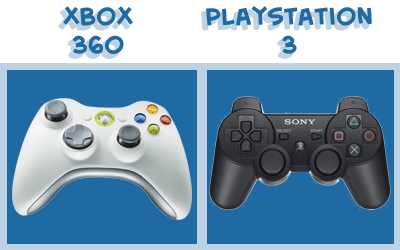 In Rock Band: Video Game Noises, you and three of your closest friends will rock out to the best television and movie scenes that feature people playing video games in an amazingly unconvincing fashion. You've seen it a hundred times before: Someone plays a "Nintendo" by wildly pawing at a controller with all the grace and precision of a virgin with Parkinson's fingering a girl for the first time while the bleeps and bloops from Asteroids pour out of the television's speakers. Now you can live the experience by trying to match your spastic movements with those of the actors!

We'll keep you up to date with the latest on this title as more details and screenshots become available. Although it can't be confirmed, early whispers indicate that several unlockable tracks will feature low-budget video game college commercials.

Harmonix wasn't the only company raising eyebrows at GDC this week. Microsoft, Intel, Nvidia, Activision, and Epic formally joined forces to create the PC Gaming Alliance, an organization that aims to promote the PC as a gaming platform.

"The PC market is not dying," said a defiant Randy Stude as he brushed chalky bits of rubble from his uniform. The president of the newly-announced PC Gaming Alliance then placed his gloved hands on his hips and propped one foot up on a boulder as he surveyed the horizon. His chest muscles bulged in the light of the dawn like meat-filled balloons.

After reflecting upon something meaningful like the scope of the universe or his love of the glorious PC gaming homeland, Stude continued, "We believe we can have a united front and have some impact."

In the face of such inspiration, several reporters dropped their Blackberries and left their careers behind, pledging their allegiance to the coming fight.

When asked about these developments, Axis Of Consoles dictator Shigeru Miyamoto refused to comment. Instead, he cackled as his aero zeppelin rose into the sky, projecting a hologram of the PC Gaming Alliance logo being crushed under a boot. This proved to be popular with the legions of Dual Shock Troopers who were assembled far below, as their cheers of bloodlust echoed through the sun-bleached passages of the Bone Mountains.

The Experiment
Attempting to communicate with a woman but finding yourself incapable of doing so; the ultimate stretch of the imagination for a pc gamer. 8/10

The Club
Play through the same levels again and again to top your high score, or play through a better shooter and give yourself a billion points and a pat on the back at the end. 7/10

Lost Odyssey
It's by the guy who created Final Fantasy, but without that franchise's recurring characters overarching storylines name on the box. 8/10

Turok
Enough to make one long for the memorable gameplay of Quake 4 and the original and creative story of Crysis. 5/10

Professor Layton And The Curious Village
Join Professor Layton in his quest to find out why this incredible game can offer a free downloadable puzzle every week when every other game seems intent on picking your wallet clean. 9/10

Patapon
If you're a fan of ryhthm-based strategy rpgs, this should hold you over until next year's Guitar Heroes Of Warcraft. 8/10