After the rousing success of his Sword of the Bastard Elf playthrough, Gilganixon vowed to find another gamebook for the SA Forums to enjoy. He disappeared into his vast closet filled with ultra-rare '80s esoterica, and remained there for a concerningly long time. Finally, he emerged, looking fairly emaciated and pushing an enormous tome at the pace of a couple inches per hour. The Goons were able to restore him to full health with a few dice rolls, which was amazing because this remedy really doesn't work with most ailments (RIP to those who died). And now, Void Racers! 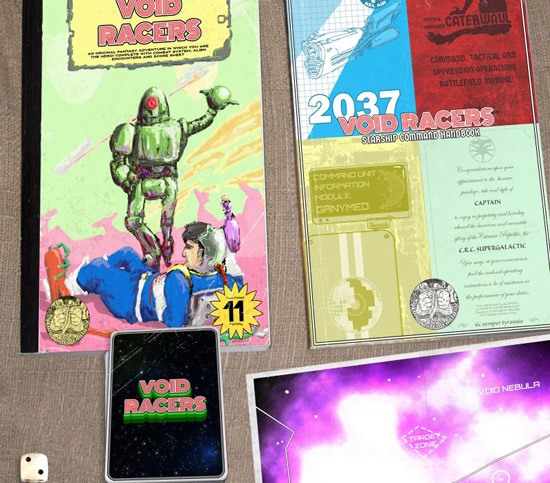 Hello, I'm back with another gamebook from the '80s that we can play through together! This time it's Void Racers (1987): 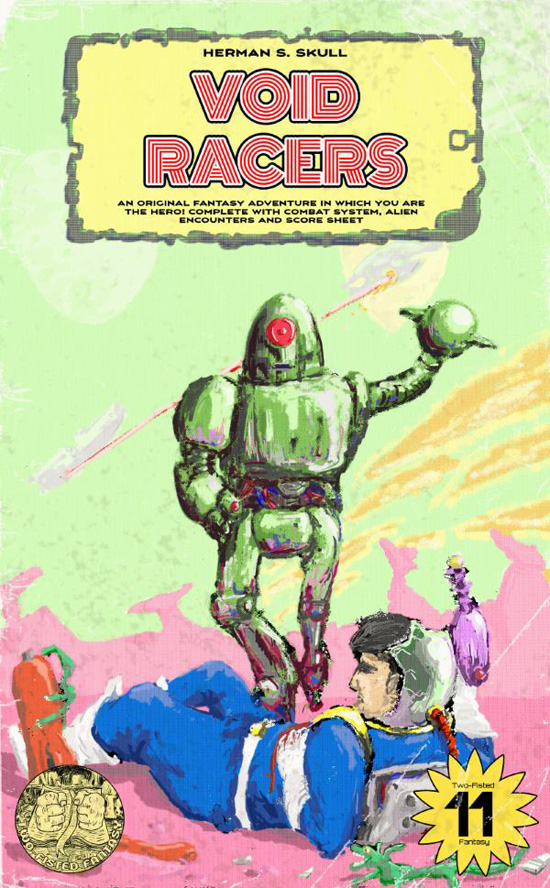 The Two-Fisted Fantasy series was one of many lesser-known knock offs of the Fighting Fantasy series. These were gamebooks which were popular throughout the '80s and early '90s, mainly in the UK. Fighting Fantasy was beloved among the nerds that bought them by the millions - Two-Fisted Fantasy not so much. Their print runs were short, the books tended to wind up in the garbage, and the few that remain in circulation tend to be in horrible condition. Fighting Fantasy went down when computer games made their product obsolete and are cherished objects of nostalgia, whereas Two -Fisted Fantasy went out a couple years earlier amidst a sea of lawsuits, firebombings and bizarre union disputes over worker safety and are virtually forgotten today.

Void Racers is the last book in the series, and it's unusual because it's set in space rather than the usual sword-and-sorcery elf world. It's still a pretty unpleasant universe where everyone is horrible and nothing works the way it should, but instead of elves and pixies there are Americans and robots. It's the distant year 2047, and you are the captain of a spaceship who has to flee across the galaxy to avoid some dire threat or another.

Here are the first few pages of the book: 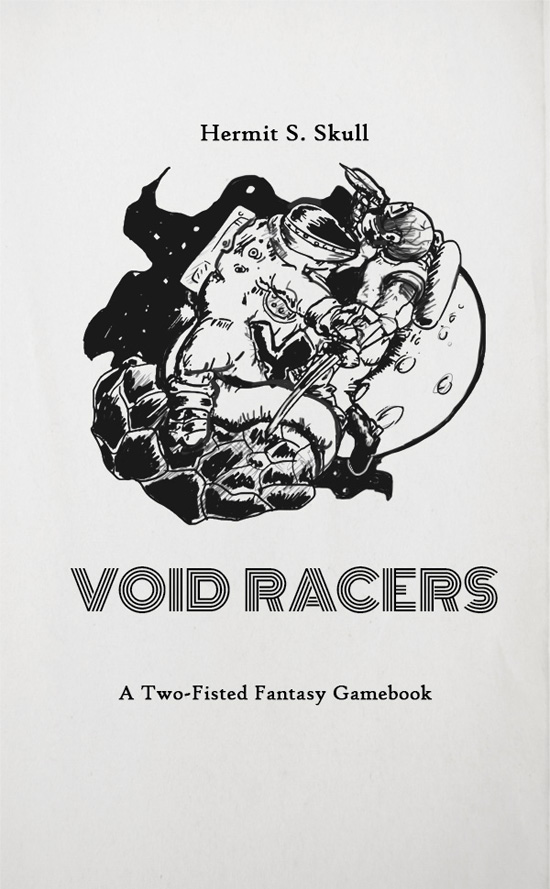 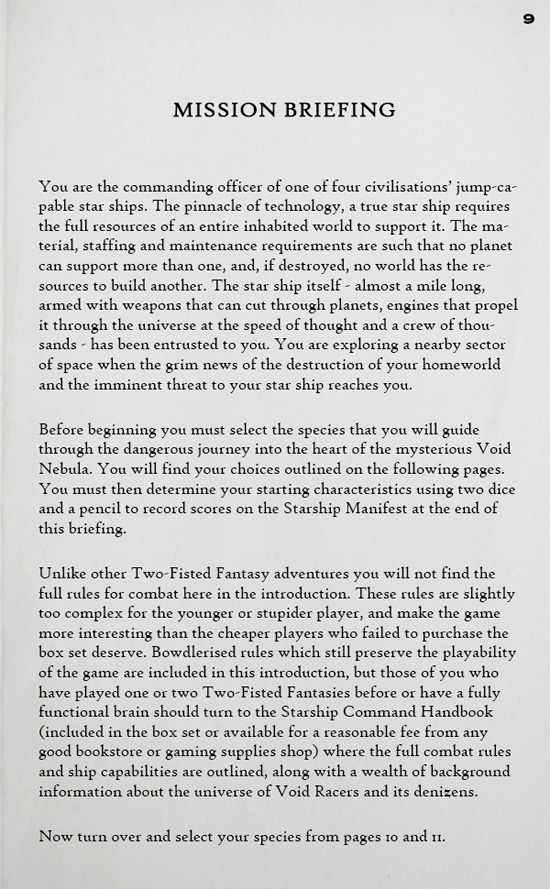 We can choose from four species, each of which has its own abilities and questline: 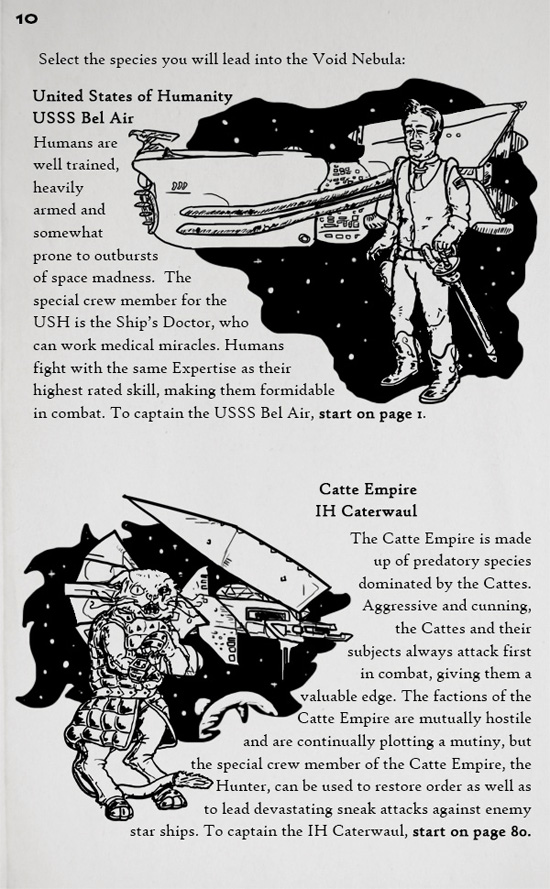 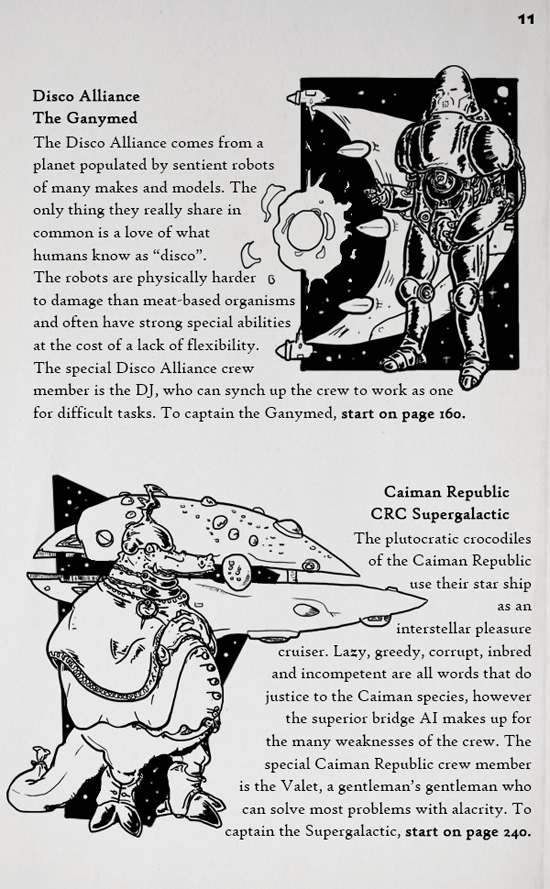 So we come to our first choice. Which species do we play through with? Humans, Cattes, Robots or Crocs? 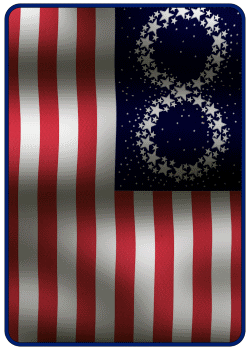 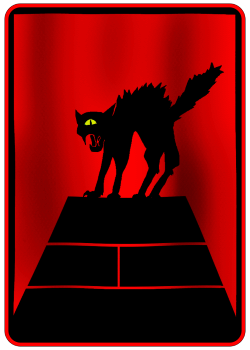 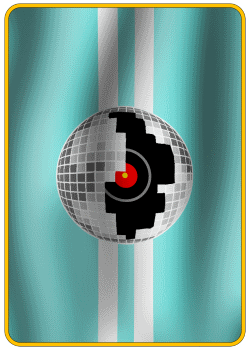 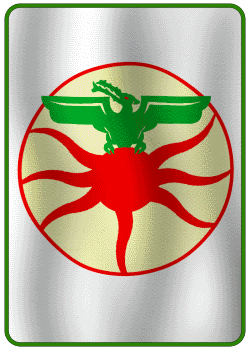 LAZY SPACE CROCODILES sound like the best choice by far

I cast my vote for STUPIDITY and GREED. Release the crocs!

Let's do the crocodile rock.

Inbred crocs it is! Here is some more info about the Caimans, who we've just picked: 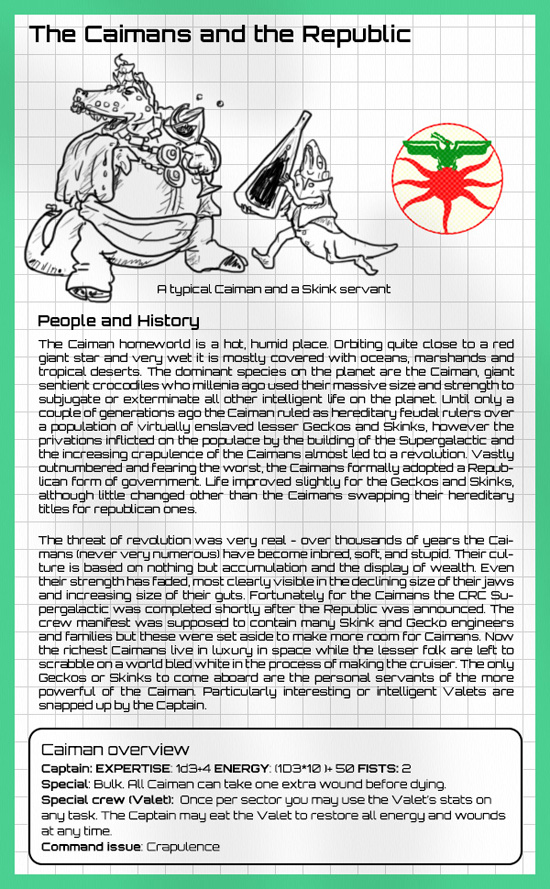 and our ship, the Supergalactic: 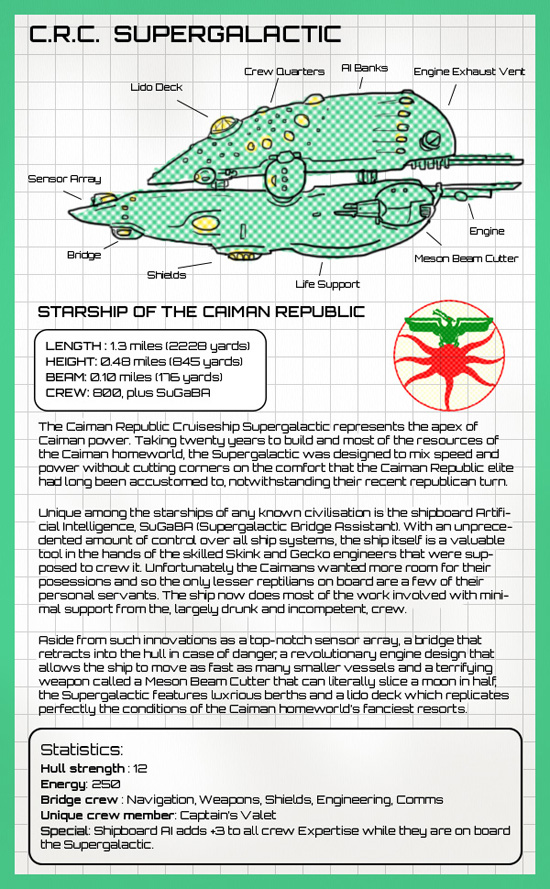 As you can see, the ship goes a long way towards making up for the crappiness of the crew, which we will need to select soon. Also, the captain gets to choose three free items, one of which can be a ship upgrade.

So, let's get started!

1) What three items do we take?

2) Do you have any preferences for which horrible lizard goes into each crew position?