S.T.A.L.K.E.R. Features That Didn't Quite Make It

Last I checked, splitting a screen into equal sections is like the second thing you learn in programming, right after getting the screen to print "HELLO WORLD" and right before you learn how to turn a computer on. I'm pretty sure that every console released this generation has room for at least four controllers too, and that numbers 2-4 aren't there in case the first one runs out of batteries.

Your assholery is even more apparent when your game features split screen modes that can only be played online or with multiple systems linked together. That right there is as ballsy as acquiring the rights to the Shadowrun license and using it to make a multi-platform team-based FPS, and only marginally smarter.

After years of anticipation and stupid jokes about the superfluous periods in its title, S.T.A.L.K.E.R. has finally gone gold. While early reports indicate that it's a fun rpg shooter that manages to introduce some new concepts, the final game is very different from the impossibly complex wasteland of horrors that was initially hyped six years ago. So many incredible features were promised at the outset, so which ones made it and which had to be scrapped? 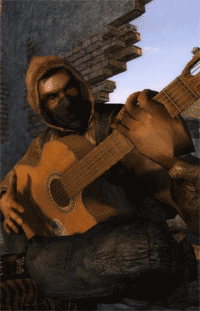 Then:
The game world will consist of a fully explorable thirty square mile area surrounding Chernobyl. This desolate zone will be packed with dangerous and unsettling details to reward those brave enough to scour its entirety.
Now:
Players can mill about the fenced-in backyard of a house thirty miles away from Chernobyl. Also, there's the alien homeworld Xen.

Then:
Not only can you drive abandoned cars that you come across, but they will be incredibly realistic. You must keep an eye on your gas and oil levels, make sure the windshield wiper fluid is full, wiggle the handle if you want to roll down the passenger side window, and keep up-to-date insurance records.
Now:
You can press Shift to run.

Then:
In order to function you must eat, drink water, sleep, urinate, defecate and brush your teeth. Overgrown fingernails can get caught in your gun, jamming it at inopportune times.
Now:
Floating white boxes with red crosses on them = health.

Then:
Unpredictable and deadly pockets of energy called "anomalies" lie in wait to kill you. Many are invisible, requiring you to scout them out by tossing small objects in front of you to see if they disappear.
Now:
Anomalies replaced with icy spots on the ground that make you slide a few inches further than you intended to walk.

Then:
It will take anywhere from 40 to 100 hours to beat the game, depending on whether you rush through as quickly as possible or explore every nook and cranny of the Zone.
Now:
The game still lasts 40 hours, or 2 if you decide to skip the cutscenes for some reason.

Then:
Day and night come in cycles, and as the weather changes you will experience everything from gale force winds to hail.
Now:
Honestly, people only really like cloudless skies and a sun that stays in one happy little spot all the time.

Then:
You can modify every weapon you come across extensively. Scopes and silencers are just the beginning, soon you'll strike fear into the hearts of your enemies with your combination MP5/lawn chair/collectible Elvis plate.
Now:
You can modify your gun to make it much lighter by removing the ammo. 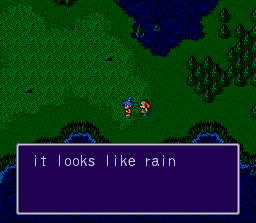 Bullet Witch
They should have taken the master copy of this and tossed it into the sea, just to make sure it was the real thing. 4/10

Def Jam: Icon
If I want to kick Sean Paul in the face repeatedly (and I do), the delay between each kick shouldn't be longer than the gap between Beastie Boys releases. 7/10

Major League Baseball 2K7
Like real baseball, only without the months of Barry Bonds coverage and with three additional bases on each field. 8/10

MotorStorm
The greatest big rig vs. ATV racing action in a video game since JFK Reloaded. 8/10

Formula One Champions Edition
A serviceable racing game that will probably do pretty well since it won't have any compet... oh. 7/10

War Rock
Experience the joy of paying a subscription fee to play a Battlefield knock-off where you can get killed by people who paid additional real world money to buy weapons that are far better than yours. 3/10

The Sims 2 Seasons
PC hardware has finally reached the point where it can duplicate the fishing and farming found in Animal Crossing, and only Maxis dares to break through the creative barrier and bring them to us. 6/10

Galactic Civilizations II: Dark Avatar
I was going to say that this is a stellar game, but lame puns are alien to me and planet spaceship warp drive Star Trek reference. 9/10

Secrets Of The Ark: A Broken Sword Game
If you're in the market for an adventure game full of close-up shots that go so overboard you're practically inside every character's face, you'll love this. 7/10

Chulip
I've kissed more people in this game than I have in my entire life, which frustrates me enough to knock a point off the score. 7/10

Arena Football: Road To Glory
My map must be upside down, I thought arena football was the road from the NFL to obscurity. 6/10

M.A.C.H. Modified Air Combat Heroes
Sure it's disappointing that there's only five tracks, but it's even more disappointing that I'm piloting a freaking jet and I can't just fly a few thousand feet above the entire course to avoid all the obstacles. 6/10

Marvel Trading Card Game
A pretty decent translation of the Marvel trading card game, but with such an artsy abstract title people might not know what they're getting into. 7/10

Izuna: Legend Of The Unemployed Ninja
If the unforgiving dungeon crawling doesn't get your blood pumping then the overt anime lesbianism will, you disgusting jerk. 8/10

Back To Stone
Sisyphus was condemned to spend all of eternity pushing a giant stone up a hill for betraying Zeus, but I'm not exactly sure who we betrayed to deserve this. 3/10