A Visual Tour Of The Burning Crusade

World Of Warcraft has been the best selling video game in the pivotal Omaha, Nebraska market for years, and has begun to see a slight improvement in sales in less important non-Nebraskan markets over the past few weeks. With the first expansion, The Burning Crusade, due to hit shelves next month, Blizzard Entertainment hopes to repeat their Nebraskan success.

Is the expansion worth it? What do all the new zones, races, and features look like? Why did Warhammer copy Warcraft so much? To answer these hard-hitting questions for our readers, I spent the past week logged into the Burning Crusade beta, stopping only to eat, sleep, bathe, leave the house to interact with others, and play other games. I'm just that dedicated.

When you log into the beta, you have the option of starting a new character. While it was tempting to try out the new Blood Elf and Draenei races, I chose to import one of my existing higher level characters from another server in order to see more of the expansion's content. Say hello to Jerkstore, my level 4 undead warrior. 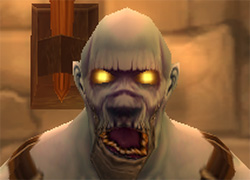 What follows is a visual journal of sorts, the fantastic sights of the Burning Crusade as seen through Jerkstore's eyes. Fans of World Of Warcraft have read about all sorts of new features, but they are desperate to actually see them. Jerkstore laid his eyes upon all of these things, and took the screenshots to prove it just for you.

His first order of business was to visit the Blood Elves' incredible starting area, Silvermoon. 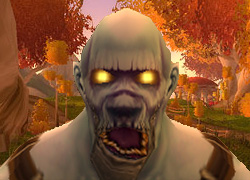 Such attention to detail. How does Blizzard do it? While in Silvermoon, Jerkstore took a moment to pose with some female Blood Elves... in their underwear?!? 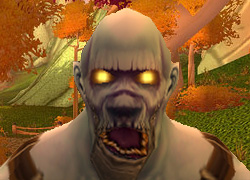 He also came across a rare and beautiful sight, the new Blood Elf mounts called Hawkstriders. People have been clamoring to get a good look at one of these for months. 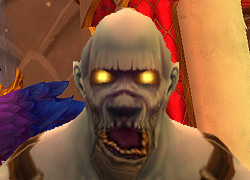 Leaving the safety of his fellow Horde, Jerkstore embarked on his quest to see the second new race for himself, even if it proved fatal. Along the way he killed a duskbat, which dropped a Legendary item! For those not in the know, these are extremely rare items that only appear once per server. This particular item was a shield which Jerkstore was all too glad to model. Chances are most people will never get to even see this shield. Wow. 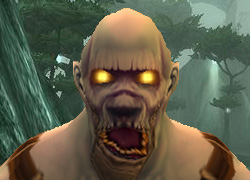 After a long and perilous journey, Jerkstore finally came across some Draenei, the second new race introduced in the expansion. Though they are sworn enemies of the Horde, they set their differences aside long enough to dance for Jerkstore. I still can't believe they can do the robot. 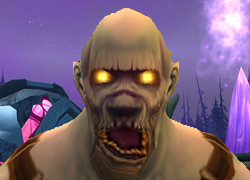 Here Jerkstore stops to admire the wonders of the Draenei capital known as the Exodar. It's a spaceship! Woah! Words don't do it justice, as you can see. 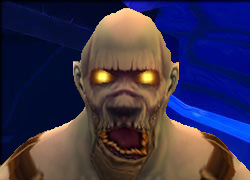 Before I wrap this up, I know that a lot of you have been wondering about the new Jewelcrafting profession. How exactly does it work? What sorts of bonuses can jewels give to equipment? How many jewel slots are available in a given item? Jerkstore answered all of your questions once and for all by simply opening up his Jewelcrafting window. 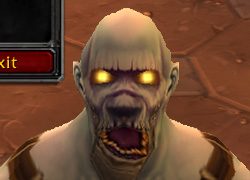 I'll see you next time with a whole lot of One Sentence Reviews to cover everything that came out over the holidays, as well as a closer look at a recent government study that suggests there is a link between the amount of sweat your palms produce while playing console games and the likelihood that you will drop your controller.