I have no idea what DoTA is or how you play it, but the forums for it will make you wish that instead of inventing the Internet the Department of Defense invented a new kind of pudding.

I wonder how many times his parents said, "Stop buying all those stupid toys!" which made him flip out and destroy the coffee table. Don't call a man's figurines "toys" if you want to live...

I'm betting you have a crippling mental disorder that causes you to dress up as some lame superhero that throws playing cards at people. What a horrible idea for a superhero. Watch out, villains! He'll give you a paper cut! 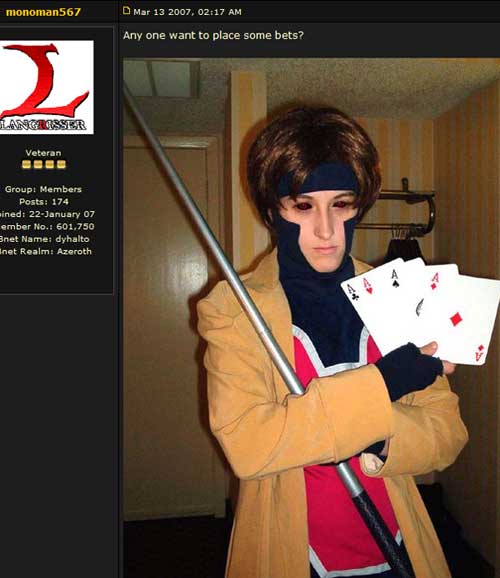 I went to a comic book convention once and I noticed Solid Snake really let himself go. He didn't have man tits in the game.

You laugh now, but this fanfic is being made into a movie. Steven Spielberg is on board to direct. Now that you know who the Juggernaut is, just stay out of his way. In theaters this Summer.

Haha look at that cat. He's using the computer. Cats can't use computers. What a wacky collection of images. 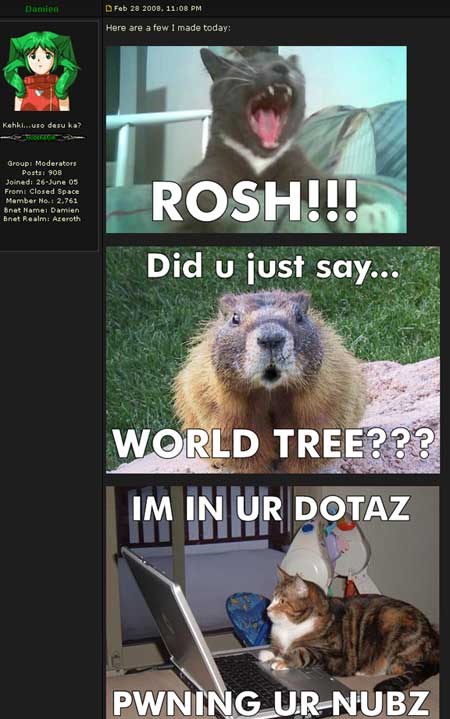