People like babies, right? They're innocent little versions of people that hardly even count as people at all. It's cute. So it's almost understandable that people would want dolls that look as much like real babies as possible. Why not?

I'll tell you why not: the umbilical cord. If you've ever held a newborn, you know how fucking disgusting that little piece of rotting future-bellybutton is. So why on God's green fucking Earth would you make a fake baby that has one of those and has it FOREVER? I mean, at least on real people the goddamn thing falls apart after a while so people don't have to look like an alien is trying to crawl out of their stomachs all the time. Maybe Cream Puff Babies is trying to convince people not to give life to gross-looking piles of flesh (and a monkey!). In which case, great job, website! 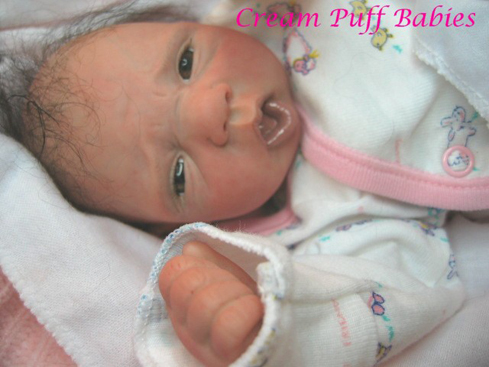 These things look like they came out of a vagina like ten minutes ago, by the way. Hair slicked down with mucus, some of them looking jaundiced. Hell, one of them even has a breathing tube in its nose. Who the fuck wants that? "Oh, this is our fake baby, eternally unable to inhale a sufficient amount of oxygen."

I watched about five minutes of a show called "Sex Robots" the other day, because I saw there was a show called "Sex Robots," and the remote was in my hand. It's exactly what you think it is - people are making robots that can fuck you, or be fucked by you, however you roll. Those things looked like they had the grace of a goddamn riveter, and I'd still rather be forced to live with one of those spastically thrusting abominations than own one of these babies. 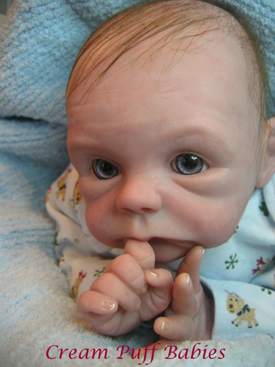 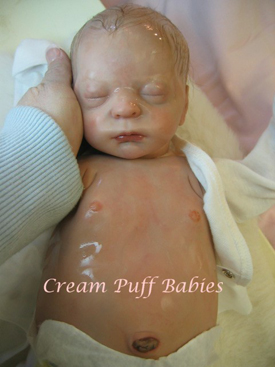 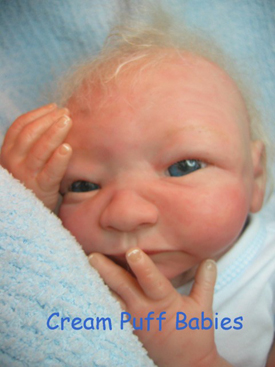 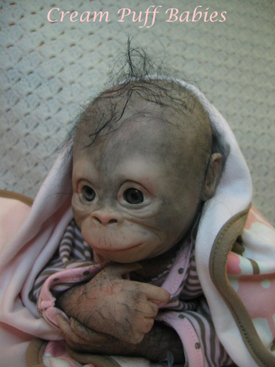