43 Things is a social networking site where people post their goals and allow others to comment on them. It's pretty much the equivalent of going to a halfway house and asking everybody what their New Year's Resolution is. Like every other web 2.0 train wreck 43 Things is a giant waste of time and space so we're going to spend our entire time making fun of it instead of just ignoring it like normal people do.

miss_way is the Dane Cook of posting. 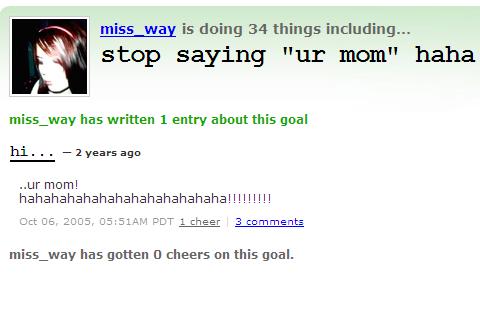 It's really easy to forget that you are watching an anime when it moves at roughly .5 frames per second and looks like a fruity cartoon. It's just so lifelike! There are so many mature themes in anime, like rape and little girls.

Apparently goons are very nice and normal when they go to a goon meet that Lowtax organizes. Every other time though, they are really smelly and awkward. I guess they step it up a notch for our leader or our forum posters just really like making fun of the typical goon stereotype non-stop. 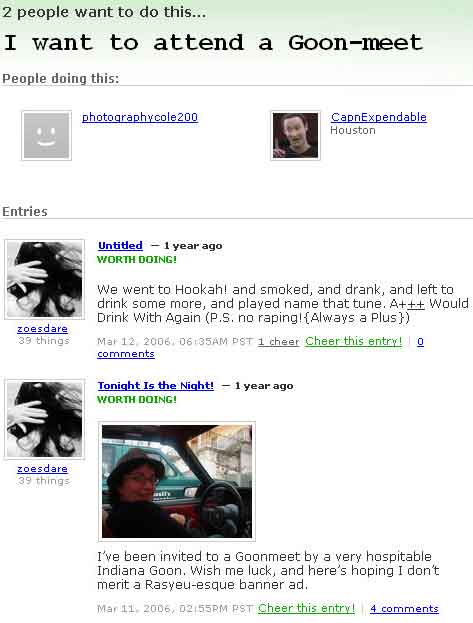 I could be mature about this and explain that the prostate is a very pleasurable point to be stimulated for a man and that there is nothing wrong with exploring your sexuality with someone you love, but I'm going to go ahead and say, "Homos!" 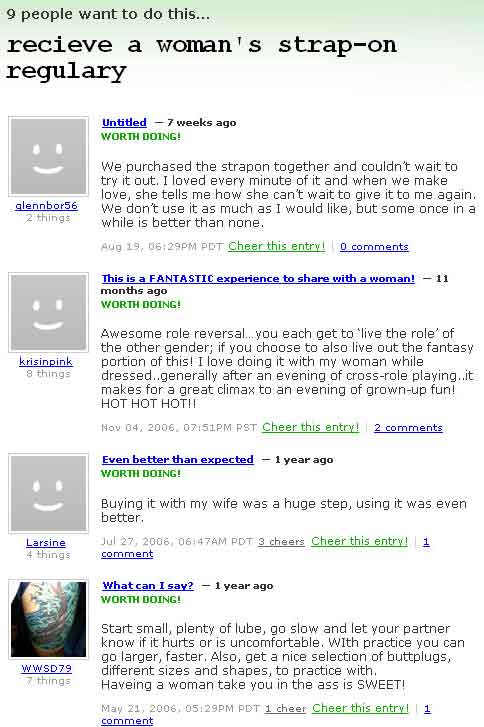 Yeah man, hospitals are just selling blood to anyone who is thirsty. It's not like the victims of tragic accidents need it or anything.

Sorry lady, I see brown eyes in your future. You're just not blue eyes material.