The Greatest Albums Ever Suck

You know, lists of the best rock and roll records of all time really piss me off. When I look at them, all I see is hype, overrating, low standards and bad taste. Whenever these lists come out, they always have the same sickening mixture of tired classic rock mainstays, “bold” modern choices, obscure underground records, and canonized trashy-pop records. Maybe these lists wouldn’t be such a goddamn waste of time if there were more records that deserved recognition; I love rock and roll more than life itself, of course, but I don’t think there’s ever been a single good rock and roll band or album. There may have been a few good songs, but I can’t think of them offhand. It’s just a good concept that’s never been executed properly. 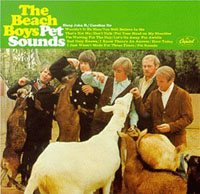 This abomination is placed pretty highly on just about every album list I’ve ever seen. Usually in the top five, even. Nowadays, Pet Sounds has all the cultural relevance of a dog food commercial. It’s an elaborate symphony of merry, jingling pap, filled with goofy noises and men with extremely high voices. Hearing Brian Wilson and his band of brothers hit the notes in “Don’t Talk” is a truly emasculating experience. Seriously, it makes my nuts suck up into my body a little bit, like imagining Ernest Borgnine naked. I think the album is so highly rated for a few reasons: first of all, critics are fascinated by Brian Wilson because he is a loony idiot savant, and everybody knows that loony idiot savants make the best music. They refuse to admit that the album is merely a syrupy and overblown testament to one man’s meticulous studio habits. Even if Pet Sounds has the most elaborate production on Earth, that still just makes it rock and roll’s most highly-polished turd. 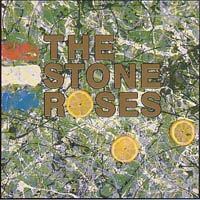 Can you believe this topped NME’s best-albums-ever list in 2003? This sort of thing is supposed to get voted into the best-ever list two years after it comes out as a sort of editorial coup to let the readers know that this ain’t your daddy’s NME. “That’s right,” says the hot young editor-in-chief, “I run this show now and I’m a hip and relevant guy and I’ll choose the music of MY paisley-wearing ecstasy-addled youth!” It’s not supposed to be hanging around ten years later when they update the list. The same editor must still be skulking about at the NME, trying to relive his glory days, so we get some irrelevant hipster asshole journalist dork’s favorite record at the top of the list. It’s a jangly guitar-pop dud with a tone-deaf singer, and its only lasting relevance is that it opened the door for Oasis. And for that, the Stone Roses should only drop dead. After their debut album, they spent five years making one of the worst follow-ups of all time (the guitarist took a lot of cocaine and decided he was Jimmy Page) and then broke up and deteriorated into a blister-raising miasma of terrible solo careers. The singer, the chimp-faced Ian Brown, decided that electronic reggae was the wave of the future, and the guitarist, John Squire, made a concept album based on his favorite paintings. Dickhead. Also, NME gave this record a 7/10 when it came out, and even then they were overshooting. 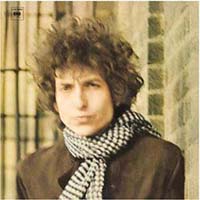 Contains old Bob’s most irritating song ever, “Rainy Day Women #12 and 35.” “Everybody must get stoned.” Get it? Get it? I’m sure when Bob wrote that song he had a little more in mind than “4:20 dude blaze a bowl every day,” but it somehow got lost between his mind and the minds of the kind of hippie shitheads who listen to Bob Dylan. And come on, he’s rock and roll’s second-greatest poet-who-can’t-sing, next to Leonard Cohen, so he must have been up to something with the whole “seat/feet, door/floor, alone/alone” rhyming system. It can’t just be a shitty song with terrible lyrics, right? I have a special hatred for “Just Like a Woman,” too. The chorus is “she makes love just like a woman / she aches just like a woman / but she breaks just like a little girl.” Does that not have a creepy split-her-in-half-with-my-dick vibe? It gives me the shudders. 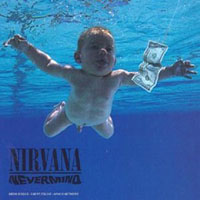 If I hear another shuffly-haired VH1 twerp pundit smirk out a sardonic little nip of garlic about how Nirvana saved us from hair metal, I’m going to swear off of bad pop-culture-based cable programming forever. Nirvana didn’t save us from shit. They just happened to wander across the teetering fulcrum of shitty eighties music and tip it towards shitty nineties music. I’m no hair metal apologist, but do you think I’m going to thank Cobain for popularizing the humorless angst-sludge that we’re still trying to get rid of today? No way. Grunge basically turned into its own form of hair-metal eventually by way of Creed and Nickelback. Am I blaming Kurt Cobain for stuff that went down way after his death? Yeah, I pretty much am. His suicide made him a martyr, and now we’ll never be rid of him, and he’s galvanized hordes of young longhairs to clench their teeth and make some really serious shit. Also, “Smells Like Teen Spirit” was and still is a major bore. I’d take Skid Row any day. At least “I’ll Remember You” moved around a little. 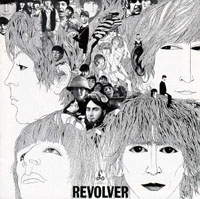 God, nothing is more tiresome than reading some internet asshole coming up with iconoclastic reasons why the Beatles sucked, so I’ll spare us both the indignity. All I can say is that Revolver marked the exact turning point at which the Beatles turned into hippies and all was lost and rock and roll never fully regained its dignity. Aside from that, it’s pretty obvious that the drawing of George Harrison on the garish Art Deco cover was the inspiration of that goth comic book Sandman.

U2
The Joshua Tree 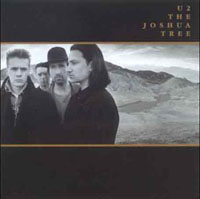 This managed to weasel its way to number four on the Rolling Stone list, inexplicably. I wish I could write this review like The Edge plays the guitar. I’d just tap a few words into my delay pedal and let them echo and repeat for five minutes so I could leave and read Mad Magazine on the toilet. Have you ever noticed that the choruses for “I Still Haven’t Found What I’m Looking For,” “Where The Streets Have No Name,” and “With Or Without You” are totally interchangeable? Next time you’re hanging out with your moron friends, sing the verse of one and follow it with the chorus of another. I’ll bet nobody will call you on it, because it’s impossible to notice, because all three songs just sound like the same dopey U2 bullshit. 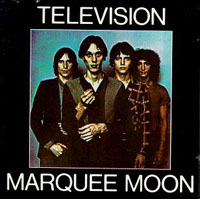 Tom Verlaine may sing like an amateur yodeler who got punched in the throat, but at least he had the balls to self-indulgently noodle away on a guitar like nobody was listening. Wait a minute, nobody was listening. This record managed to make it onto every list I looked at, even the bizarro Spin Magazine list which had James Brown at number one, which can only mean the rock press is still trying to shove it down our throats. Can’t you tell we’re not interested, music press? We the public have studiously avoided buying this record for thirty years, and we’ll be damned if we’re gonna let any haughty know-it-all magazine trick us into getting it now. 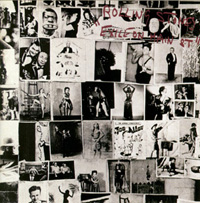 More like exile on lame street. Oh god, where am I going with this? 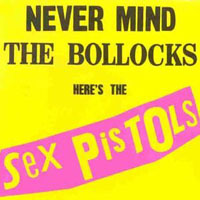 I can’t believe a record known only for its trumped-up social relevance could place so highly on every list. I wasn’t around in 1977, so I can’t pretend to know how magical it felt when a bunch of ugly, dirty guys got on a boat and made fun of The Queen. I’m sure it must have been fantastic, but that doesn’t mean there’s any reason to listen to this piece of garbage ever again. For all the hoopla about how it gave birth to punk, it sure sounds a lot like nothing more than a poorly-played hard rock album by a bunch of degenerates being held up like puppets by an effete asshole dandy. They turned punk into a joke, a farce, and a transparent marketing ploy before it even had a leg to stand on. The fucking Ramones had twice the chops, and they were too dumb to be eligible for drivers’ licenses and they had to wear special shoes so they wouldn’t fall down. True.

If those are among the best they could think of, I’d hate to hear the worst. In fact, Rolling Stone couldn’t even think of 100 decent albums, so they decided to throw in about ten or twenty really shitty albums as a joke. Their list has Linkin Park, Green Day, Dave Matthews Band, System of a Down, and Def fucking Leppard. Yikes. Questions? Comments? Stew? Feel free to hit me up at davidthorpe@somethingawful.com so I can remember your name and say “no wonder” if you ever show up on the news.