Very soon, magazine writers and bloggers will start publishing their best-of-year lists, but Something Awful already knows not only what albums will make the cut, but also why the critics will select them. This isn't because of any inside knowledge on my part, because while I'm a music journalist who votes on such things, my list will include Blut aus Nord and Napalm Death and Chrisette Michele and other stuff that won't help you win your rock-journalist-prediction fantasy league or find the perfect gift for that person you suspect doesn't listen to music at all but would like to appear as though he does so regularly enough to be familiar with the hippest acts. However, SA's resident music experts/media analysts Jesse "kingcobweb" Mason and Daryl "Fucking" Hall know all about how critics end up choosing the things they do, and why they're usually wrong. 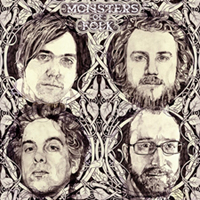 Monsters of Folk: Supergroups are one of those things usually associated with the last gasps of a dying genre. Like ASIA before them, Monsters of Folk have realized that their hardcore fanbase has matured and drifted away from the self-indulgent music of their youth. The only way to recapture this audience is to cram as many famous/once-interesting people into one band as possible and hope that they can prey on the strongest force driving yuppies to purchase music - a half-assed attempt to relive their youth. It's this same force of nostalgia - combined with the fact that music journalists are essentially all 17-year-old boys anyway - that will land this album a spot on the charts. Not too high, though - My Morning Jacket and Bright Eyes were way better, and Eagles of Death Metal already made the exact same joke with their name. DFH 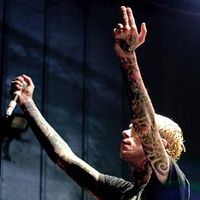 Converge, Axe to Fall
For whatever reason, almost every music review site out there pops a serious boner for Converge. It must have been confusing for all of them when they heard just how much Converge's newest album embraced metal - double bass pedals, guitar solos, and fast riffs were all over the place. They had two choices - hate the album for being way too badass, or embrace it and write a review claiming that Converge has transcended metal, that the band understands the genre in a way that most other (actual) metal bands simply don't, and for this reason, they are geniuses. Guess which one they chose! The album won't chart high, though. I mean, it's good or whatever, but have you heard the new Dirty Projectors? Achingly beautiful. DFH

Raekwon, Only Built for Cuban Linx II
With his Wu-Tang pedigree and lyrics about cooking crack and living in the ghetto, Raekwon gives most music journalists an opportunity to see a world they'd never dare view on their own -- a world outside gentrified neighborhoods in their respective cities (or the cities that their suburbs surround). Expect a lot of comments about "the brutal realities of urban (black) life" and "lyrically pouring out a 40 for fallen hip-hop hero Ol' Dirty Bastard." DFH 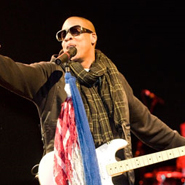 Jay-Z, The Blueprint III
Jay-Z made the year's best hip hop album for people who identify with songs about being a past-your-prime 40-year-old who can no longer write anything remotely interesting and has to be surrounded with younger people for anyone to pay attention to you. In other words, Rolling Stone album of the year! I can only assume, in digging through the album for something worthwhile about it, they'll praise the innovative vocal technique of rapping as if you just ran a marathon (or up the stairs -- the dude is old). Remember: if you only listened to one hip hop album this year, it was probably Jay-Z. kcw 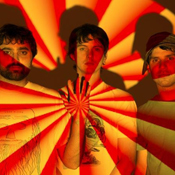 Animal Collective, the first Marxist furry band to hit the mainstream, has released an album that has somehow become the consensus choice for the best of the year. Previously, they were best known as the band that made music so that college kids could prove how "weird" their musical taste was; well, now that they've thrown all that unnecessary experimentation aside, that leaves critics with a wonderfully safe option: a band that went from unusual music to an album of Sugar Ray covers. Heralding something as a band's "most accessible release" is an easy comment to make that says nothing about the quality of the music, so it's the perfect phrase for the New York Times to use. kcw

Grizzly Bear, Veckatimest
Somehow, an album with Michael McDonald on it (possibly ironically?) has quickly become a favorite for both Pitchfork and Jay-Z. I can only assume that this kind of bizarre happening is actually a sign of some sort of disturbance in a temporal field or something somewhere, and that Grizzly Bear is actually from a future where Future Rolling Stone is calling them "Generation AA's Animal Collective." DFH

The xx are supposedly an R&B-inspired band, but all I hear is The Cure's Seventeen Seconds, which is also about how long it takes me to realize any R&B singer wouldn't be caught dead moaning these tuneless dirges. (Maybe that's the concept: a Bauhaus video where T-Pain comes out of a coffin.) But hey, music critics read in the press release that their music draws from a lot of R&B influences, and because print is a far superior form of art to "music," they'll believe the hype over the sound. Plus, this band gives music critics the chance to take pride in not capitalizing letters. The xx. Yeah, we're with it. kcw 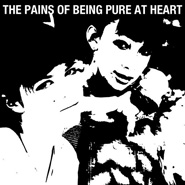 If, instead of knowing nothing about modern music, you prefer to miss the point entirely, consider putting The Pains of Being Pure at Heart on your end-of-year list. You'll get all the credibility of a Jesus and Mary Chain namedrop without having to understand the first thing about what made that band listenable. Usually, critics look for that one song by an abrasive band that can break through to the mainstream, but TPOBPAH have done all the hard work already by taking out anything remotely unpleasant and replacing it with... well, nothing, really, because there are no tunes to be had, either. The best part, though, is that if you're a critic juuuuust short of your word count for the piece, just spell out the name of The Pains of Being Pure at Heart a couple more times. kcw

Chickenfoot: Alright, I admit, I don't think Chickenfoot will be popping up on any best-of lists aside from guitar tablature sites, but can we all just take one deep breath and realize that a band called "Chickenfoot" with Sammy Hagar, Joe Satriani, the drummer from Red Hot Chili Peppers who looks like Will Ferrell, and the bassist from Van Halen all got together and released an album? And you can buy it at Best Buy on vinyl. Fuck. DFH

Weezer, Raditude
Every year-end best-of list includes, somewhere, a little blurb about the "Worst of 2009." Weezer's Raditude will be on every single one, possibly excluding the grandpa of rock rags, Rolling Stone, whose penance to the rock gods for "trashing" Rivers Cuomo's possibly pedophilic opus Pinkerton involves never giving any of their albums a score lower than three stars (Pinkerton's original rating). Of course, what will be so ridiculous about this album popping up on all these lists won't be its inclusion - it's terrible. Thing is, so are most Weezer albums. Unless Matt Sharp rejoins the band or Ric Ocasek decides to produce another self-titled album (I'm thinking yellow this time, guys!), there's no reason to be surprised when Weezer releases a shitty album. DFH