Things I Have Learned from the Internet Movie Firearms Database 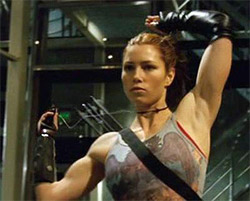 Really? There's an imfdb listing for the crossbow but they left out those guns?One of the legacies of wikipedia's popularity has been the proliferation of collaborative wiki-like websites with narrower topics. These days every movie or video game with any significant fan base will generate a wiki-clone, but none satisfy quite so much as imfdb.org. The Internet Movie Firearms Database catalogs the appearance of firearms in movies.

The imfdb entries for films are matched with screen shots of the guns depicted in the movie, detailed images of the guns from the side, and ridiculous aspergian knowledge of firearms employed to pedantically deconstruct the modifications to a pistol seen on screen for less than one second in the hand of a background extra.

I have learned so very much about guns and movies from reading the imfdb that I would like to share some of that knowledge with you. I encourage you to follow the links and enjoy such a valuable resource for the information age.

Hollywood likes to slap all sorts of tactical doodads onto guns to impress the audience. Easily the worst offender I found was the forgotten Vin Diesel movie The Pacifier. It's the one where he's a Secret Service agent or an FBI agent and there's a baby and he's not drifting. One character, Mr. Chung, seems to be addicted to attaching lasers to his gun. 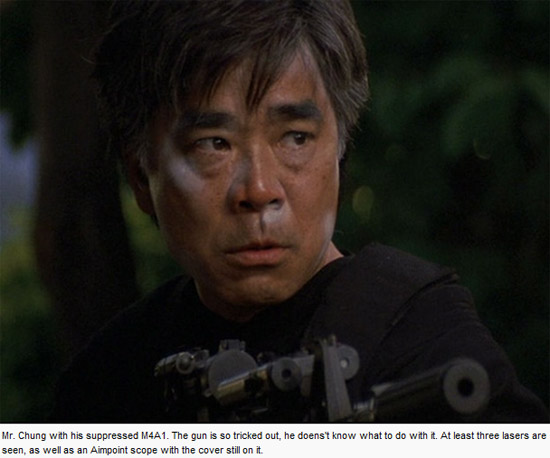 Alright, point taken, imfdb, Hollywood messes up guns. Two lasers would have sufficed. What else can you teach me?

The imfdb spotted a glaring error in Transformers that completely takes you out of the scene where the military is fighting a giant mechanical scorpion from outer space. 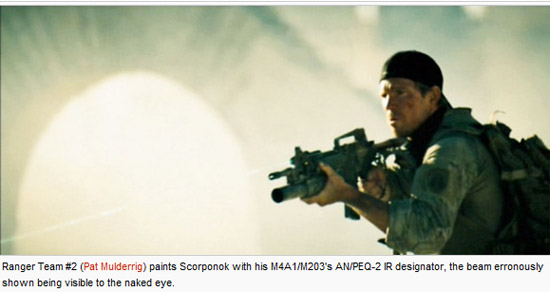 And I thought that movie was unwatchable manchild garbage because it was screeching explosions and horrible CGI robots for two hours. It turns out it's actually shit because somebody forgot lasers are invisible during the Scorponok sequence.