Monday, Jan 02, 2006 by Caylen "Abraham" Burroughs
One of the great things about World of Warcraft is that Blizzard is very proactive in releasing new content to its players, as well as constantly addressing player concerns with Class Balance. However, at times the number of changes to the game at once can be exasperating, daunting, and other words that are used to define something that is really, really, really difficult to read. So, we here at Something Awful have decided to hunker down, and summarized the entire 1.9.0 patch notes that will go live shortly. Only the important details are listed, or at least the ones we had time to go over. Read on! 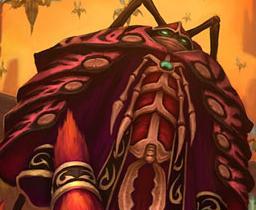 In addition, all bug testing on the 40 man AQ will be done at a later date. We are expecting players to do this for us sometime next week.

We’ve essentially created a reason for players to hang out in Stormwind, instead of Ironforge. Players of the Horde Faction are still encouraged to stay in Orgrimmar for convenience sake; however the Forsaken will have an easier time buying and selling items. There is still no practical reason to be in Darnassus, at all, ever. This is working as intended. In addition, the "Looking for Group" and "Trade" channels have been unified among the corresponding cities, meaning, for example, that you can spam “WTS [Six OF Portals] 50g”, or call people faggot hippy ninjas for kicking you from their group in Ironforge while in Stormwind.

Players will be able to enter multiple battleground queues. No longer must you make the hard decision of which queue to join -- when queued for all three, you can join the first one available or hold out for Arathi Basin. Because honestly, Arathi Basin is all you want to play in the first place. It’s not like anyone plays Warsong Gulch at level 60, anyways.

We’ve removed one more thing that Warlocks complain about. We are excited to see what they come up with next on the forums. The soul-shard bags also bring the number of valuable things a Tailor can craft to six (five if you are not raiding Molten Core for the recipe.). 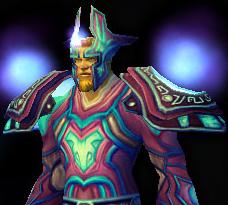 The raid-lockout system has undergone a significant change. The new system has been designed to make scheduling end-game content even more difficult than before. We’ve also managed to make it more difficult for a Guild’s newer players to have a chance to raid, in light of the fact that we would like to see more of you going outside, and getting some fresh air. All resets will occur during Oceania’s peak hours of game play, because from what we understand Australia is full of assholes.

This patch is going to be a real doozy. We at Blizzard think we’ve outdone ourselves this time, in our attempts to render World of Warcraft unplayable for Mac users. Chances are you nerds will figure something out, but let’s just say a compatible version of the expansion pack is going to be delayed until we feel it’s up to our stringent standards.

Several civilian NPCs, who previously would assist non-civilians, will no longer do so. All PCs will continue to watch you get fucking murdered by that guy, however.

Bear and Dire Bear form – Relax, you guys still tank better than a Paladin. We had to adjust some armor values so Warriors would tone down the bitching, but you know you woodland dudes are our #1 niggas.

Omen of Clarity – We’ve made this talent a helluva lot better. This spell now works correctly with Bash, Rip, Ferocious Bite, and Demoralizing Roar, granting a decrease in the cost of the ability. The rogues are going to be furious on how good this is.

Bestial Wrath – Relax, all cloth casters are still properly fucked if you use this. We toned down the damage a little, but in lieu we’ve made it so a Mage can’t even Ice Block his way out of the damage. 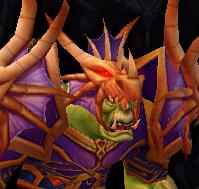 No, you can’t make food or water yet.

You guys are still basically fucked when it comes to class balance. However, please enjoy the ability to make waters 10 at a time!

Fixed a bug with the casting of Arcane Missiles.