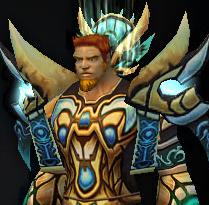 Martyrdom - This talent will now trigger on melee special abilities as well as on melee swings. Now, after being ambushed for 3000 damage, you have 8 seconds of casting that damage cannot interrupted.

Mind Blast - Threat raised on ranks 7, 8, and 9. Don’t let this stop you from dropping into Shadowform during instances.

Paladins are now sufficiently motivated to roll on your gear drops, now that we have completely removed all itemization for them. We just figured that we should warn you.

Decreased range bonus from "Improved Throwing Specialization" to account for modifications made to Trolls.

Did you guys see what we did to Paladins? If you guys keep up your complaints about aggro management and unrefined talent trees, we will be forced to enact such changes on you as well. This is your only warning. 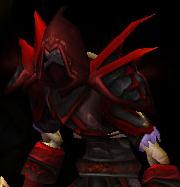 Infernal and Doomguard – Still not worth it, even if they were free to summon.

You guys are now really good at PvP and PvE. Refer to Shaman patch notes for details.

Bloodthirst – Fury warriors are still a joke. Bloodthirst damage has been increased to 45%, which is even more hilarious.

Warriors will be enraged about this change 5/10/15/20/25% more often then those happy with the Bloodthirst change.

Due to significant talent changes, all Paladins' talent points will be refunded and can be respent. Don’t even bother with the Retribution tree however.

Paladins can now learn Greater Blessings, which will cast the associated blessing on all raid members that share the same class as the target. The 15 minute duration isn’t a really big improvement, and we were sure to add a cash cost to each time you cast the spell. Be thankful we didn’t remove blessings altogether.

Holy Strike – Ahahahahaha, you actually thought for a second we are going to give this back to you. Roll a warrior already!

Seals and Judgements – This mostly worthless combat system is still in the game. Judgements that place a debuff on their victim will auto-trigger a /laugh or /sigh emote from the effected target, while the Paladin swings wildly to keep it on the target. Judgements that place debuffs can no longer be resisted, which we intend to fix in a later patch.

Seal of Righteousness - Now does pathetic holy damage on every swing. 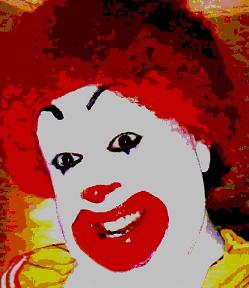 Judgement of the Crusader - The holy damage bonus has been decreased as part of rebalancing paladin damage, which by “rebalancing” we mean “decreasing more”.

Seal of Command - The proc will occur more often, like Windfury, but will only do 70% of weapon-swing damage, unlike the 225% damage like Windfury.

Vengeance - Special ability critical hits can now trigger Vengeance. However, if you think we are going to make this ability worthwhile again you seriously need to relook at the new talent tree.

All Seals and Judgements have had their bonus coefficient from plus spell damage re-evaluated. Some holy damage effects had no coefficient before and now have a coefficient. So now, 10 damage per hit can be 13 damage per hit. We spoil you.

Judgement of Wisdom – Made this more difficult to use in raid encounters.

Hammer of Wrath - Missile speed of the flying hammer & mana cost of a worthwhile spell increased.

Divine Protection, Divine Shield and Blessing of Protection - Targets of these spells will now receive the "Recently Shielded" effect, preventing players from using their Hearthstones every minute.

New Spell: Righteous Fury (level 16) - Increases the threat generated by the Paladin's Holy attacks by 100%. Lasts 30 minutes. Duration the Paladin can hold aggro has been increased from 6 to 8 seconds.

Due to extensive feedback from Players, we’ve deleted the Paladin forums. All posts that concern Paladins in the other forums will be treated as moderator/developer sass, and the poster will be banned.