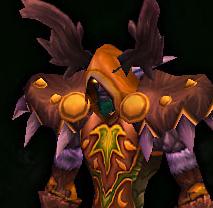 All of the Tier 2 Class Armor sets have been updated with new art we've stolen from one of Seth McFarlane's understudies.

Many of the pieces from the Tier 2 Armor sets have received updated statistics. The armor sets with the most extensive changes include the Netherwind, Nemesis, and Judgement sets. We've added 3 stamina to the rest of them.

Drop rates of Darkmoon Cards 2-8 (Portals 2-8, etc..) have been reduced. Ace drop rates have been increased. If you thought you've seen a lot of Ace of Warlords offered in the AH as of recent, let's just say that you haven't seen anything yet.

The enchanter-made wands are now correctly flagged as "Worthless". 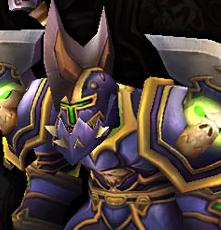 All Giants in Azshara now drop cash and items appropriate for an elite creature. Now hunters and rogues can conveniently farm on the same map, and keep each other company.

The Fiery War Axe is now in fact, Fiery.

The Tauren Icebreaker is now in fact, a Tauren.

The Pure Elementium Band now has a sell price. It will also automatically /gquit upon vendoring.

Blue Dragon Card - This trinket will no longer proc from non-combat abilities, such as Detect Minerals, opening doors, or going afk.

Epic items that are level 51 and above will now disenchant into a Nexus Crystal. As if there wasn't enough drama already related to Epic drops.

Enchanters can now turn some of their dusts and shards into magical oils. We've finally found a way to make Vision Dust useful!

Schools of fish have appeared around the world, which players can attend to gain a greater understanding, to the murky deeps.

The enchanter-made wands are now correctly flagged as "Worthless".

Engineers with skill 250 or greater, who have completed Umi Rumplesnicker's 'Are We There Yeti?' quest line, should seek her out again in Everlook. Booty call. 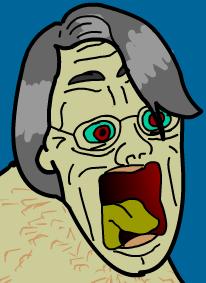 The Timbermaw Furbolgs are now our latest addition to stupid organizations of NPCs you have to grind faction for!

All the assholes who decided to kill the Timbermaw in the tunnel between Felwood and Winterspring are going to be extremely pissed.

Reputation is now its own category in the chat window; you can change the color of your complaints to other guild members of how lame this idea of an End Game Blizzard has implemented.

Fixed typos in both quest versions of "All Along the Watchtower".

Fixed typos in both quest versions of "Lessons Anew".

Fixed typo in both quest versions of "Nigers must perish!".

The cleansed plants of Felwood have been modified: There is no longer a gossip option to interact with them. If you still wish to talk to them, however, you might receive more items from them. We also suggest playing rock music to Whipper Root plants.

Baron Revilgaz now should be a little more vociferous.

That's pretty much all the changes going forward. Personally, I would have liked to have seen some sort of in game Holiday for my Mom's birthday this month, because lord knows I ain't going to it in real life. Maybe I'll send her a game-play card or something to show I care. But I'm sure all of you know all about my mother in intimate detail, and I'm sure that there's little I can do to stop you from telling me about it. Still, I ask you keep the sordid details to abraham@somethingawful.com, that way I don't have to worry about hearing it from ole Mumsy.