A Case Study on The Players Themselves

Thursday, Dec 15, 2005 by Caylen "Abraham" Burroughs
People on the street these days are always asking us "Who exactly plays World of Warcraft?" Well, this is a good question, worthy of a bad article. I got together with firefighting superstar Raivin, and decided to spend ALMOST 30 MINUTES compiling the 10 player archetypes that make up the barren husks of human matter behind the keyboard. And trust me, we covered them all. Didn't miss one. See for yourself!

Playskill: His way or the highway.

Racial Traits: +5 to tantrums, more knowledge of your class than you, must be Master Looter

Whether in the snowy fields of Alterac Valley, or the treacherous Wailing Caverns, the Quarterback is pre-disposed to the success of the group, and will instantly take the reins and assume command of any encounter to ensure victory. Disregarding inter-guild chain of command as well as basic human courtesy, your fearless leader will immediately begin barking intricate orders on how to handle even the most mundane of single-pulls. He knows every mob, every strategy, and everything NOT to do in your current situation, and if he even THINKS you're considering an incorrect option, he wastes no time in letting you know. He controls the flow of loot like a ruthless prison guard, and if he awards the mage that purple axe that just dropped, you can be assured it's in the best interest of your ENTIRE FACTION. When facing a PvP situation, he delegates tasks and assigns targets whether you're right beside him or halfway across the zone doing your own thing. A single wipe or lost objective will immediately morph the Quarterback into "motivational" mode, whose actions and speech patterns most closely resemble a man with Tourette's Syndrome being electrocuted. His incessant cries of "worst group ever" and "I'm hearthing, good luck noobs" are meant not to upset, but to rally you together as a team so that when victory is finally yours, the QB can self-assuredly take all the credit. 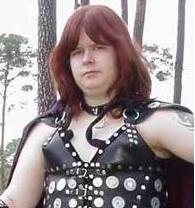 Racial Traits: +10 to Ye Olde English, resistant to d00dspeak and other immersion-breaking behavior.

The Career Roleplayer spends every moment in WoW fully in character, whether as a stalwart and noble hero of the realm or as a shadowy brigand owing allegiance to no one, as those are the only two things you could reasonably pretend to be in this game. While this player type is normally relegated to the RP-preferred servers, occasionally one ventures into the untamed wilderness of Normal and PvP, seeking out others of its kind. Treating every line of typed dialogue like their Senior Thesis, the Career RP prides him or herself on quality in-game interaction to no doubt compensate for their crippling lack of real world interaction. This player type will spend countless hours milling about cities or other high traffic areas, only venturing out to do battle when some great evil requires a sound thrashing, even if said evil is the sobering realization that they have the early shift at Kinko's tomorrow and it's their turn at the copy desk. Group mates outwardly resistant to the Roleplayer's ways are sometimes admonished, but often met with silence. In other cases, the Career Roleplayer's silence is likely due to his spending "quality time" in /tells with this month's in-game wife. 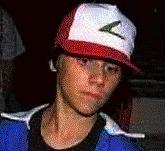 Playskill: Better than you if YOU JUST STOPPED MOVING AROUND SO MUCH

Environment: In front of Ironforge or Oggrimmar, anywhere there’s a ship to wait for

Racial Traits: Excuses + 10, Can not use consumables

This is a player who spends the majority of his time going around in game challenging people to duel him. To this day, no one is sure why he does this. He isn't practicing for Battlegrounds, and if he's on a PVP server chances are this was by mistake. No, his self-worth is solely defined by who he can and cannot beat in duels. Naturally, he has convinced himself he has mastered this aspect of the game, so any time his level 60 loses to the level 50 rogue, are just blatant examples of class imbalance, latency, or the rogue asshole using his mouse at all .When Ash isn’t busy discussing the intricacies of why he is better than the person who defeated him in a duel, despite disconnecting, he is out collecting items that have no serviceable effect on his character’s power level. These can be things like Darkmoon Tickets, non-combat Pets, and items that don’t actually exist in game. If you know Ash, feel free to tell him about that Dragon the far east of Arathi Highlands, on the Coast. 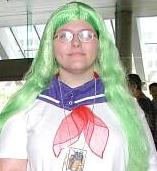 Racial Traits: Can cast Guild Poison, which does 2-5 departing members worth of damage over many weeks.

No one can sow discord quite like the Drama Queen, who reminds us all that while there's no "I" in team, there are five "I"'s in "whining guild-destroying bitch". It starts out innocently enough - one of your more respected members grouped with this guy once last month, and since he remembered to take his Paxil that day, the impression he made was a good one. Some people from his last guild try to warn you, but nobody can be that bad, can they? Recommendations are made and before you can say "Yoko Ono", the smoldering drama bomb is wearing your tag. Drama Queen makes friends easily enough and seems the type to not make waves, but soon the usual complaints begin to surface - we never run this dungeon, we don't PvP enough, the officers favor this guy more than the rest of us, why didn't I get this item? The guild begins to faction amongst itself in the face of all this newfound controversy, and those waves quickly become a tsunami that sweeps in and lays waste to even the most tight-knit crew. Their only hope is to preemptively cut off the instigating Drama Queen like the gangrenous limb they are, which then leads to the DQ posting a 10-page thread on your realm boards about the poorly-run guild they just escaped, littered with screenshots and chat logs documenting all the wrongs your officers committed to poor, poor Drama Queen. Fortunately for this player type, they'll never be without a home as they invariably play a much-needed class for at least 60 hours a week. 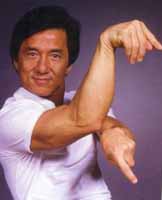 Environment: Azshara, Tyr's Hand, various other 55+ outdoor areas no one ever goes to.

There's no greater boon to the World of Warcraft community than the Gold Farmer. Far from simply being a negative drag factor on the server economy, this player-type benefits everyone both directly and by coincidence. Your typical gold farmer is so engrossed in the grind of mowing through hundreds of the same type of mob that they'd have no problem bringing a questor along for the ride -- if those were the monsters they needed to kill. PvPers of the opposite faction find the Gold Farmer an entertaining target, often acting like an inflatable clown punching bag, bouncing back up for more punishment while offering no more resistance than /bow in return. Sure, the constant flow of purchased gold wreaks havoc on the open market, but just look at the auction house - EVERYBODY'S selling something. Inflation doesn't hurt if we're all making too much gold. Besides, these people make less an hour than what you could find in your couch right now, so don't bitch that you can't get a stack of silk cloth for less than 1g anymore. You're having dinner tonight.