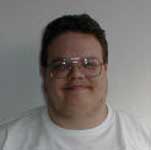 Gonk,I don't know what you're waiting for. If it were me and a friend of mine owed me $30 I'd say, "Hey, dude, you owe me $30." If, as you say he has ignored you or at least brushed you off for the last two times you mentioned it to him I suggest you try to be serious with him and explain to him that he had better pay you your goddamn thirty dollars back unless he wants you to show him the meaning of pain with a white-hot melon-baller and some macadamia nuts. Wow, what a sucker. Can I borrow some money?He's your buddy and he should not be a cheap bastard. If the guy borrowed money and hasn't returned it in a reasonable period of time you have every right to ask for it back, so don't be a pushover or take any shit. You do not "sound like a jackass" because you are the one who has been wronged in this situation. Just calmly ask him for the money back and make sure you get a definite date from him then and there for when he can pay you back. If that date comes and he doesn't pay you, tell him again and be even more forceful. Eventually he'll get tired of you nagging him or he'll feel guilty for shafting you so he'll give it back. In the mean time, keep working on him. And you might want to look around for some non-deadbeat friends who pay their debts or stop lending money to irresponsible people.

What a maroon; I'll borrow my drug money from him next time.

Hiya Crackpipe,Unfortunately for you, despite my user-name in computarr machene-lande I know very little of mathematics or mathematical concepts and logic. I myself performed very poorly in math throughout my entire scholastic life thus far. I did poorly in grade school and middle school math and I also got terrible grades and understood next to nothing in both high school math as well as college math. I failed one of my math courses in high school and had to retake it in order to graduate. In college I took only the bare minimum of mathematics that was required for my field of study and got the hell out with my mediocre grades trailing behind me. At this point, I am sure that I have a math phobia because I have convinced myself that I am completely inept at math and will never be able to catch up to where other people my age seem to be, comprehension-wise. At the same time I realize that my lack of mathematical skill puts me at a severe disadvantage. I know for a fact that I am not the only person to feel this way about math and your letter is proof and comfort that there are more of us out there.Unfortunately, other than take a class or hire a private tutor, I have little real advice to give as far as home-tutorials that might be beneficial for you to use. I have found, as have a lot of people who despise or fear math that I know, that having a personal tutor or at least a very small group as opposed to a large class of people learning the material with you improves the ability for you to learn it by a lot. Part of the reason that some people have trouble with math is that the very complex analytical thought processes that are learned and taught in math classes are absorbed at different rates by different people. For that reason, it's easy to fall behind because the class will move on to an advanced skill of which you still haven't grasped the basic nature.If you really intend to teach yourself math, I'll commend your bravery but say that you have a long road ahead of you. Learning math yourself is a tough, tough road, and I know because I have tried to do it at least eight or nine times in the course of the past five years or so. What I suggest is starting with a book in which you know that the stuff in the beginning of the book is too easy for you. Start with problems that are as easy as is possible for you to do without thinking that they're dumb and work your way up. If you work at it (every day, I mean, really work) eventually you will begin to learn the concepts. It's difficult to learn these things without having someone without a knowledge of the material helping out out when you get stuck, but if you buy a book with good instruction and explanation sections you should be ok when it comes time to learn the stuff. Practice is the key. Do the problems over and over until you go mad and eventually you will learn how to do them.Every mathematics instruction book out there is different and so are people who want to learn math, so my suggestion would be for you to head on down to a local bookstore and look around at what they have. Compare the styles of the books and pick whichever book you think you'd be most comfortable with. Make sure that the pace is right for you and that there are enough sample problems for you to do. Also make sure that you get a book with an answer key of some kind so that you can check your answers.