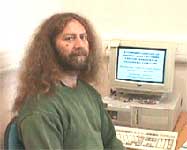 Hey there Anthony,I have a feeling that there a lot of people out there who really wish that they had your very horrible problem, dude. It might be that you are sending certain signals to girls and that you are unaware of and you are doing something or other unconsciously. It might also be that the girls around you are just particularly stupid and think that you like them because they have not yet gained the developmental perceptions needed to read intricate social signals sent to them from other people. If you are overtly friendly and comfortable (and show this) with girls, especially with girls younger than your average mature 18-year old, there are pretty good chances that the girl will assume that it's because you like her and not that you are that way with every girl. Most guys are kind of uptight and act nervous around females, especially if they have little experience with them, so when a girl sees a guy who's really friendly with her and stuff instead of stammering and vomiting in terror she thinks that maybe he "likes her" likes her.My suggestion would be to just take a step back and see if there's anything in the way that you talk to and act around girls that you think could possibly be construed as flirting with them or even being "nicer" to them than most guys tend to be. Other than that, I really have no idea what to say to you, but if a girl starts liking you and you don't feel the same way about her you should make sure to tell her that you're not interested as soon as possible so that she doesn't start REALLY liking you or become a crazed and suicidal stalker. That's the absolute best way to do it- just tell these girls in person and as soon as you can confirm that you have that particular situation on your hands. On a larger scale, things'll work out, just hang in there. People get that whole communication-with-each other thing down eventually, although some get it later than others (I think that it took me awhile to learn that one).

He would really be best-suited as a circus performer of some kind.

Robert,I really have no idea how to answer this and I'm not even sure that it's a valid question, so the most that I can do here is undermine the credibility of your initial argument by showing you a few pictures of people whom most would consider at least conventionally normal and certainly not ugly and usually not fat and who fit into your categories.Here are some feminists:Not so terrible. Not hot or anything but certainly not ugly or fat.Now for the anti-porn advocates:There you go, buddy. I hope that those pictures make you feel a little better about the physical state of feminists and anti-porn folks. Maybe some of them are both of those things or at least one of them but you do go way too far to say that MOST of them are ugly and/or fat. True, a lot of them may not be the most pleasing people to look at, but there are some who would say that they are so staunchly anti-porn or feminist because they feel somehow inadequate or insecure in themselves. I am not touching that argument with a ten-foot pole.Man, can you imagine seeing a ten-foot pole? That's a lot of feet for one pole to have.

I hope that that guy sleeps the sleep of the dead tonight.