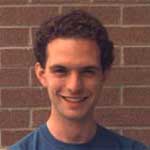 Dear J,You are in a pretty crappy situation, buddy. You are gullible as hell to think that there was nothing going on with your girlfriend at the time and Assface while you were still together with her. You also seem to be emotionally attached to Busy Britches there. This is not going to be pleasant, but I am going to tell you the necessary truth because I care: You need to get the fuck over this girl as soon as you possibly can. This is especially true if you intend to ever have any sort of friends-only-based relationship with her in the future, but in all realism you do have to just forgo the whole thing and never speak to her again. Let me start over.Girls like that have an extremely low chance of knocking off that stupid behavior before they truly grow up, and that's going to be roughly at the age of about 26. Sorry. She and thousands like her will always be the kind of female that keeps a security blanket around at all times (that security blanket is you here, buddy) until they reach a certain age or maturity level that allows them to feel a sense of security independent of having a significant other around at all times. She perhaps cares for you on some level, but she does not want to and will not ever want to have a serious relationship with you again. You are part of her comforting past and if she had really loved you she would never have had a relationship with the one guy you hated. If she came to your college she would probably (and this is speculation, but I have known a lot of girls like this) be with you for all of two months until she had settled down and met her own friends and perhaps some boys as well, at which point she would have dumped your ass. STAY AWAY from her and DO NOT TALK to her. This is the best thing you can possibly do for yourself with this situation.As a postscript, I would also like to bring up the thought-provoking possibility that if she is still of the age or whatever where immaturity causes her to lie (if she did lie) to you about the nature of her relationship with another guy then she might not be being entirely honest with you about other things, including the way she feels about you and other people in her life. This is something you should really consider. Another thing to think about is whether you really do care about her all that much or whether it's your hatred for Assface that is making you maybe a bit jealous and/or possessive (completely understandable in this situation). If you do find that it's your animosity for the dude that's playing a big part in the whole deal or that it's even the stronger emotion, it should be even more evidence that you need to stop talking to her fo shizzy starting now. You'll find a new girl whom you will probably like better soon enough, anyway; you just started college and are going to meet a shitload of people.

That girl in his letter was a sorry sack of bad news.