Saturday, Apr 12, 2008 by Caylen "Abraham" Burroughs
Know of an awful site? Send it to us and become a hero!

The first thing that greets you upon visiting Starman.com is a background image that consists of nebulous space testicles, tiled over and over again. This is, unfortunately, the most professional element of this entire website, which serves as the resume & misplaced pride of GeorgeStaropoli. If it was just another Geocities-esque, made in 1997, Best Viewed With Netscape! 2.0 type of ALOD, it probably wouldn't be worth your time. However, old George has been hard at work updating his personal site, making sure it remains as exciting as it was in 1995. What's the Starman's secret?

Our spreadsheet software calculates that figure and individual next level payoffs based on the actual case value chosen... Remember, it’s a game of chance where Everything is Possible, but not probable.There are no guarantees, just lots of fun.


If paying $10 for the ability to plug away at spreadsheets while watching a game show hosted by Howie Mandel isn't your idea of a good time, perhaps you would be interested in the game of Life? 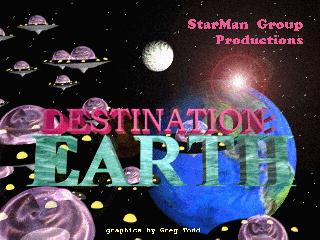 Teens, test drive your future --
one of a number of possible futures
An exciting, educational game simulating growing up in America !

From what I understand, the game is about using the Force to blow up invading UFOs while not becoming addicted to drugs or HIV. I would try to install it, but unfortunately I lack a working copy of Windows 3.1, so America will continue to remain a mystery. It's probably for the best.