Legends of Belariath, submitted by Technogeek. Admit it, one time in higschool you decided to let your inhibitions fly and you sat down with a couple of the class nerds and played Dungeons and Dragons. It's cool, in this socially accepting day and edge roleplaying nerds are almost embraced by the rest of the nerd kingdom. Until now that is... 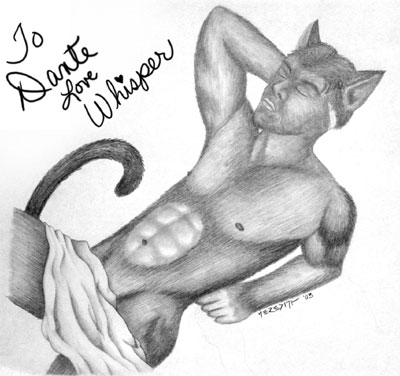 The world of Belariath is both simple and yet complex. Simple in that it possesses none of the technology that bedevils human lives. Complex in that it requires a shift in perspective. Belariath has it's own ways and a set of moral values differing from those we know on Earth.

Consider a world dominated by magic and defined by the fighting skills of its inhabitants; where there is little interference in daily lives from such authority as exists. The strongest survive and prosper. For the weak there is slavery or death.

Of course, slavery doesn't have the same connotations as it does on Earth. Slaves are taken and kept for their sexual pleasures rather than their ability to work the fields or clean the kitchen. They are a valuable commodity, not two-legged domestic animals. And once they get over the loss of freedom, many girls and a few men seem to enjoy the security of being kept in bondage.

Legends of Belariath is a roleplaying game and community that revolves around sex, mostly forced or "surprise sex", also commonly known as rape. The most shocking part isn't that they have rules for an ogre raping an elf, it's that so many people seem to be playing this game. Goodbye reputable roleplaying gamers, welcome back massive social stigma!

Naturally the furries have also set up shop in this already dismaying community, mixing their dog dicks and horse vaginas in with the rest of the nastiness going on.