The Hell of LORD SIMION

Thursday, Aug 21, 2003 by Rich "Lowtax" Kyanka (@TwitterHasBannedAllMyAccountsEver)
Know of an awful site? Send it to us and become a hero!

The Hell of LORD SIMION, submitted by Robert. Following yesterday's ALoD which featured a nifty online store specializing in "actual enchanted Elven rings" and "authentic wizard robes" comes Lord Simion's Hell, which, hell, is hell in HTML format. Lord Simion is a 36-year old self-professed "Gothic Magician," which I guess means that every time he pulls a rabbit out of a hat, he begins weeping uncontrollably. You may hire Lord Simion to attend whatever important social gatherings you're throwing for that important millionaire business client, but I'm not exactly sure why anybody would give this guy any amount of money in exchange for anything except a written agreement ensuring he'll never speak to you until the day you die. 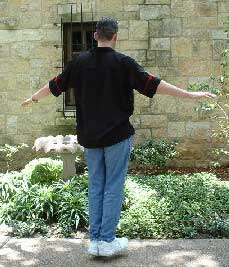 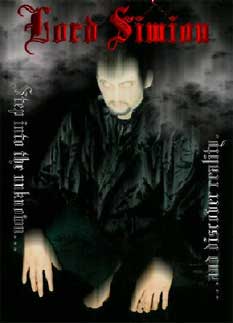 Well everyone, I am giveing out a bitch of the day, I approached some one today and now this person had a mowhawn and a chain going from his ear to his nose, but he was whereing a manson shirt. Now I was in my work cloths (slacks and golf shirt) but I told him that he had on a cool shirt. This little son of a bitch looked at me and said, " Fuck off grand pa, this reach out and touch the youth shit does now work on me!!! WTF!!!!! I was in aww just for a sec. I can not believe that this little bastard said this to the dark one HIMSELF!!! so I gave him my card and told him to visit the site, so I am going to keep my eyes out for this bastard if he tries to join the forum. may the fleas of a thousand camels infest in his arm pits!!!

Well, uh, I guess that youngster has a thing or two coming to him now that he decided to fuck with the guy who conquered the Alamo and such. Just don't ask Lord Simion to guess what card you're holding unless you don't have any problem with him spending the next 40 minutes talking about The Cure.

PS: He has a forum you can visit, but I don't think anybody is stupid enough - or daring enough - to step inside HELL.