Buddha Maitreya the Christ (Thanks, Jimlit!)

Buddha Maitreya the Christ is a doughy white dude from Oregon who says he's "the living incarnated Buddha and reincarnation of Christ." Not to mention Lord Vishnu! A lot of weirdos on the internet claim they're the reincarnation of some god or another, but with this guy you get a three-for-one deal!

Also known as also known as Sanat Kumara the Christ or His Holiness Jetsun Gyalwa Jampa Gonpo (please, call him Jetsun), Buddha Maitreya first learned about his specialness at the age of 9, when some strangers in colorful garb came to his door to try to whisk him away to a magical land:

My process began formally when I was 9 years old when Tibetan Masters came to my home claiming I was Buddha Maitreya, the reincarnation of Buddha. My family was very upset by it and forced them to leave. I said very little about it and waited until I was 30 before I was approached by many senior Tibetan Rinpoches, recognized as Buddha Maitreya and asked to go to Nepal.

I think he might've got his life story mixed up with Harry Potter. That's a surprisingly common mistake.

Anyway, he's since parlayed his connections into establishing the Church of Shambhala Vajradhara Maitreya Sangha, a mini-empire of wellness centers and special meditation products he calls "Shambhala Healing Tools." Sure, the original Buddha (Buddha Prime) achieved nirvana after depriving himself of all worldly possessions, but as Buddha Maitreya the Christ, he thinks they're insanely chill. 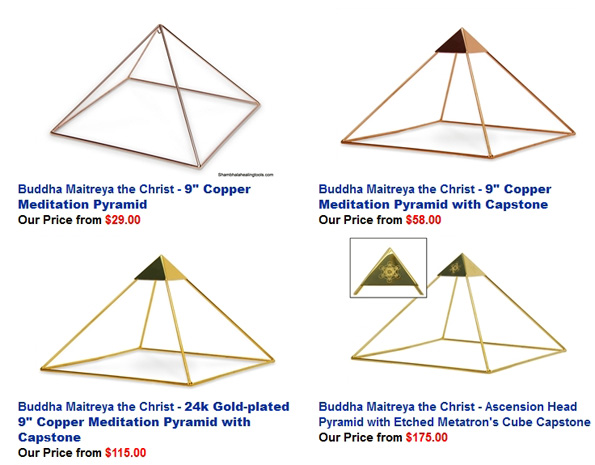 Among Buddha Maitreya's many trademarked innovations is something called "Soul Therapy Meditation," where you lay in a bed under a pyramid made of copper rods and listen to his mixtape:

You could probably save some major bucks by just going to a playground® and taking a napTM under the jungle gym©, but you'd be missing out on all the cool special powers that come from pyramids:

The pyramid is laying out the geometric pattern for the person inside to communicate in their head and pick up the planet and the planet is moving through them and they are offering up themselves to heal the planet. The Planet is like a big Planetary Soul. Each corner of the pyramid has a corner octahedron and it pulses and so the person inside is radiating out into the local area, and then out 10 miles, 20 miles. If you are in there an hour, you radiate out to the planet and that is Buddha consciousness.

Confused? Want to be more confused? Check out this diagram to understand things even less: 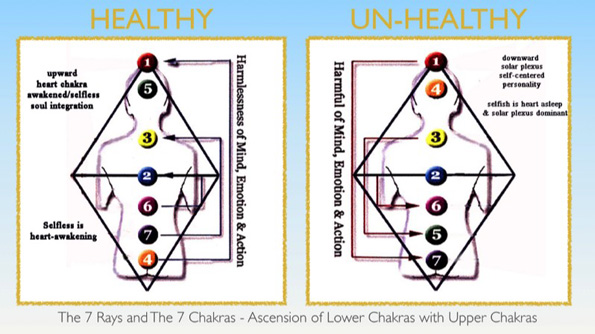 See, some of the numbers are in the wrong place, and using the pyramid will fix the numbers and put them in the right order, which is not numerical order, because of shadow particles and string theory. Basic stuff, really. At least if you're the earthly vessel of multiple deities whose brainwaves extend beyond the material plane.