I recently returned from a brief trip to Seattle, which explains my delayed response in replying to the approximately 15,000 messages a day along the lines of: 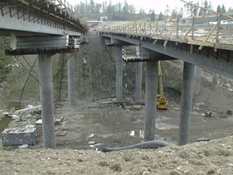 I found this photo when searching for "Seattle." I don't see a single Starbuck's coffee shop, so I have a feeling that the Internet has once again lied to me.

So I went up to Seattle to visit with my dear friends at Shock Fusion, a company that despite doing something related to the Internet, has somehow not declared bankruptcy yet. I really couldn't fathom how that was possible since all my work-related experiences in this industry have ended up with somebody being investigated by a grand jury, but hey, miracles happen. On the plane ride there, I had the utter joy of sitting next to a 350-pound hulking crate of muscles and business clothing, a man with shoulders so broad that tiny planes were landing on him during mid-flight. I knew something was odd about the guy when I first laid my eyes upon him, but I couldn't quite figure it out. Then, 10 minutes into the trip, it happened.

"How are you enjoying the flight so far?" the behemoth boomed at the shriveled Californian lady next to me. I knew this was a bad sign because the only people who strike up conversations with strangers in airports are elderly women, child molesters, and salesmen. And let me tell you, the Californian woman next to me looked like she hadn't been a kid in over an eon. Sure enough, the guy immediately took the opportunity to begin talking about the wide and wonderful world of vitamins, "miracle" drugs that no self appreciating human being should ever be without. This guy LOVED vitamins. He was one with vitamins. When he dies and the lawyer goes to read his will, I bet that all his cash will go to his vitamins. I would imagine that instead of rolling around in piles of money, he rolls around in piles of vitamins. If his veins were big enough, and they almost were, he would probably just shove the pills directly into his bloodstream and bypass the whole "mouth middleman" thing. Despite his unrelenting love of these pills, he routinely failed to called them "vitamins," and instead referred to them as "the product." This made it sound really cool and mysterious, almost as if he was doing anything BUT selling vitamins to a wrinkled lady on an airplane headed to a city whose major export is wet plaid shirts.

The Californian woman, who had wrinkles in her skin deeper than the average drainage canal, seemed to be very interested in his multilevel vitamin purchasing plan, which were a series of steps that all involved using your credit card to buy things included in the next step. Apparently his promises of "living forever thanks to the miracles of vitamin C" really appealed to her, as that meant she'll have more time to talk on her phone in the carpool lane while going 20 miles an hour and swerving around like an alcoholic crackfiend who's using one hand to beat his wife and the other to shoot at passing police helicopters. Super Vitamin Man really got into his job, empathetically declaring the wonders of his vitamins and how they cured every disease known to mankind, as well as some forums of a space virus that originated from Jupiter. He claimed that the vitamins helped cure (in this order) "mono, hepatitis, and canker sores." What a positively bizarre assortment of diseases. It's like somebody reached into the "99 Cent Bargain Bin" of sickness and brought back a handful of whatever the hell they could pick up before dropping to the floor unconscious and wishing they had taken their vitamins for that day. The conversation reached its apex of weirdness when they began to talk about asthma:

CALIFORNIA WOMAN: "My son has the worst asthma. He tries to play soccer, and sometimes he just feels too sick to play." 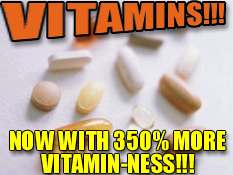 To emphasize his point, he hit his hand on the tray table, which was down and in an unlocked position. The California woman nodded her head, as if she was already aware that every time a junior high school holds a soccer practice, the two teams are taken off the field in hundreds of kid-sized gurneys. You know, because THAT SANTA ANA AIR WILL KILL YOUR GODDAMN KIDS! KILL THEM, I SAY! BUY MY VITAMINS! Super Vitamin Man went on to describe his extensive and impressive background, which climaxed during his high school basketball coaching years.

SUPER VITAMIN MAN: "Well I once coached a kid who went to college and he played for the team that competed AGAINST the Harlem Globetrotters!"

ME: "The Washington Generals? HAHAHAHAHA!"

SUPER VITAMIN MAN: (Ignoring me) "I like giving inner city kids a chance to make it big. Seeing him get out of the inner city and make a name for himself made me so happy." (NOTE: when white people say "inner city child," they mean "black child")

ME: "Hahahaha, the Washington Generals, hahaha. What a jerk."

In all fairness, the Washington Generals were pretty much in a lose-lose situation. I mean, when the opposing team can bring ladders and jetpacks and cannons onto the basketballs court, and you're lucky if you've got a jersey that has your name spelled correctly on the back, the odds really aren't stacked in your favor. That's still not something to brag about though. "Yeah, you know that guy that shot at President Reagan back in the 80's? When he was a kid, I taught him how to pistol whip handicapped children!"

Eventually the plane descended in the general vicinity of Seattle, which was amazing considering that the city has clouds the size of third world nations, only much more dense. Since I'm running out of space to explain my exciting adventures in the majestic city of Seattle, and since Fragmaster won't be updating this weekend, I shall continue this intense story tomorrow. Get ready for a nonstop rollercoaster ride of excitement, as I recall drinking too much and encountering a homeless person who tried to sell me a watch that he probably pried off a charred corpse. 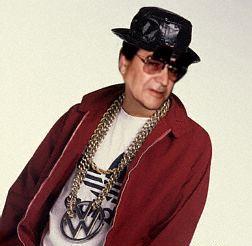 what I been doin? kickin it at da Summah Days retirement villa in East Appleton, livin large wit mah homefries. that bitch cliff Yablonski be talkin shit about me I hear. Im gonna stir some nasty shit up wit dat wrinkled ass crackah soon, you bettah believe it. That muthahfuckahs goin DOWN, yall hear? fuck I hatE niggahs like that, yo. senile mothahfuckah gonna taste mah 9, shit yeah. so download mah new fuckin track and drop me a mothahfuckin MAIL and say "YO L-BONE, YOU DA BEST MOTHAHFUCKIN RAPPER THIS SIDE OF APPLETON, BOYEEEEE" cuz I got skillz and can bust freestyles quickah than you can blink, money. fuck yall. ignant niggahz.

Wow! What tight beats indeed! Make a beeline for L-Bone's page and see what America's favorite senior citizen gangsta' rapper is up to.