MANDAMUS: VOID Orders/Judgments is a law blog from Paul Chen, a real-estate guy who's discovered one weird trick to make the legal system bend to his will. Judges HATE him!

The courts declared Chen "a vexatious litigant," and he's convinced it's because a bunch of corrupt lawyers and judges are conspiring against him, and definitely not because he keeps filing frivolous lawsuits. Now he's taken to the internet to plead his case "IN THE WORLDWIDE WEBCOURT OF PUBLIC OPINION" and expose these frauds once and for all! 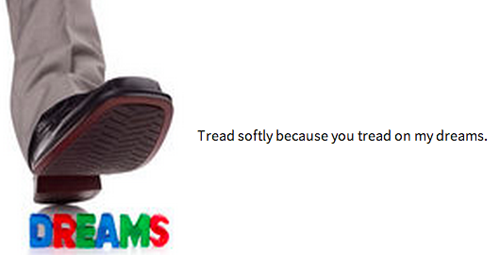 Each post features a million irrelevant tags for no reason and a listing of supposed rule violations by bad judges, mostly involving them not taking his petitions seriously enough. Since that kind of thing can get a little dry, Chen tries to keep things interesting by interspersing watermarked stock photos and bizarre little stories. It looks like he's even recruited some celebrities to his cause, including Ted Nugent and a thumbnail of will.i.am: 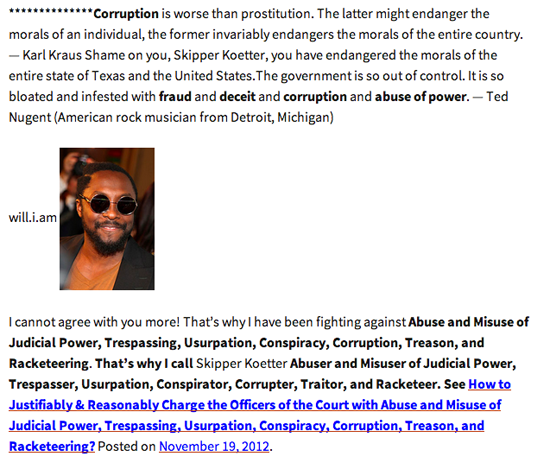 Chen also includes plenty of inspirational quotes from intellectual luminaries such as Sun Tzu, Martin Luther King, Jr., and himself:

"It is Government's first duty to protect the people, not run their lives," said Ronald Reagan.

"Exposing their fraud is my duty; prosecuting them is that of the government, federal or state," said Paul Chen.

In recent months, he's been particularly obsessed with federal judge John D. Rainey, whom he accuses of many offenses ranging from treason to perhaps the most heinous crime of all, deleting an image from Photobucket:

God has given you one face, and you make yourself another. - William Shakespeare The face you make yourself is the mirror of your mind, and your eyes reveal the secrets of your heart in silence. Is that why you moved or deleted your photo from the photobucket?

Judges beware: Your fancy robes and gavels can't save you from the truth.