What does the future hold for humanity? Let's turn to the experts at Key4hope, which bills itself as a "think tank dedicated to a positive future." That's according to its embarrassing-looking homepage, which is literally titled "Home Page" and features "Your Title Text" and the side menu. Look, they're too busy focusing on tomorrow to focus on the web standards of today, okay?

Most of the thinking is done by "futurologist" Tim Donahue, who's a lot like Nostradamus, except better. In fact, "Better Than Nostradamus" is the title of his book! Sadly, nobody donated to his Indiegogo campaign, so it looks like the book won't be published, but much of it already appears to be on the website, starting with Chapter 1, Robots to the Rescue:

Robots are essentially computers with legs. And by 2049, robots will cook all our meals, clean our homes, teach us, drive us to wherever we want to go, and perform delicate surgery on us. Simply, within a half century, robots will touch nearly every facet of our lives. Now for the details: 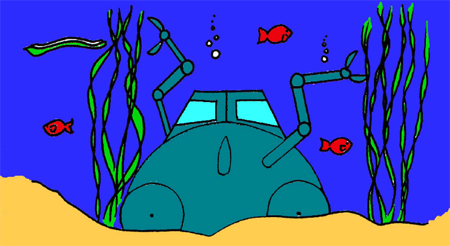 Donahue's "research" apparently involves watching a lot of movies. Robocop will become real with robot officers "parachuted into cocaine fields" to destroy All The Drugs; Jurassic Park will become real with extinct dinosaurs brought back to life by 2080; and robots "the size of whales" will handle the heavy lifting on construction sites, but "much like Transformers," they'll "fold down to a more convenient size." If you're unfamiliar with the many films he references, just wait a while, because by 2021 "movies such as 'Titanic,' 'Star Wars' and 'Twilight 17' can be ordered on a whim." Imagine that!

The best thing about the upbeat, Jetsons-y future Donahue envisions is that everything will just take care of itself. Concerned about overpopulation? Don't worry, everything's going to be cool... very cool: 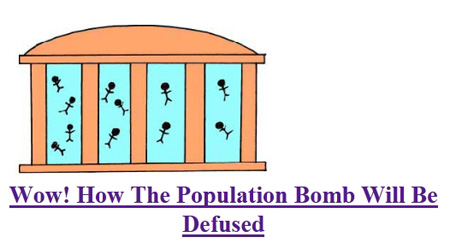 The Population Bomb will be defused sometime in the second half of the 21st Century when 100s of millions to billions of poverty-stricken people in India, Pakistan, China, Kenya and Brazil opt to freeze themselves to re-awaken in a less-crowded world perhaps a millennium away.

Thanks, poor people with access to cryogenics! See you in a thousand years when it's less crowded, uhhh, somehow.

Cryogenics seems to be the go-to solution for a lot of things. Who needs abortion when you can freeze unwanted fetuses "to await adoption hundreds to thousands of years from now???" This is actually a pretty shrewd move to preserve the human race, once regular sex goes out of fashion due to incredibly life-like Justin Bieber sex robots:

If you're a woman who thinks Justin Bieber is wonderful, then why not order the celebrity look-a-like lovebot? This robot will say all the right things like: Justin: "You're the only girl for me." You: "giggle, giggle."

Skeptical about Justin Bieber being the go-to seduce-bot for the woman of tomorrow? Perhaps you'd prefer the Italian experience:

On one recent trip, Silvia felt "Italian." First she ordered spaghetti and wine. After a massage by a tireless robot, her Lovebot of apparent Italian ancestry arrived. No words were spoken as the machine with the strength of steel swept her off her feet and carried her to bed.

The future holds sexy wonders for men, too: Try wrapping your mind around the concept of "Viagra7."