There's a certain kind of prose that screams "I am a nerd writing for the Internet!" It's a sort of cringe-worthy attempt at Wodehouse-style humor thrown together with Lovecraftian syntax. Predictably, because it's written by terrible people who consider themselves "above" humanity yet desperately want to connect with just about anyone, it doesn't even approach readable. Today's site, which claims to be the homepage of "Duke Euphoria De'Gryn, Knight of the Living Dead, TransGalactic MegaPope of RotaTing Space," is the perfect embodiment of this obnoxious aesthetic.

I could go on at length about how puzzling it is that any "computer programmer" would make a page that looks this bad, but considering some of the dated references (he mentions the old Pentium chip), I have to assume this site is more than a decade old. However, giving it the benefit of the doubt with regard to design doesn't forgive the content, which is as much cut-rate Monty Python as it is standard Internet spiritual-weirdo shit. Go ahead and try to read "Principia Discordia." See how far you get. I made it to the point where he introduced "Greater Poop" as a character, and then I bailed. (Note: This is like the first thing, after the introductions, which I absolutely did not read.)

I don't even know what to say about most of this shit - it's so aggressively "weird" and Internet-antiquated, dating back to a time when being a nerd online meant more than using memegenerator or posting Neil Degrasse Tyson links on your Facebook page. Back then, being a weird nerd on the Internet was serious fucking business - you (apparently) wrote long screeds about nonsense and drew detailed instructions, in diagram form, of exactly how your plants should be watered when you're away from home. It meant an investment of intellect (admittedly, a broken intellect) and effort. I suppose it could be said that this is sort of a time capsule, a reminder of what the Internet was like before the Internet was everywhere. Or this dude's just weird and gross, either way. 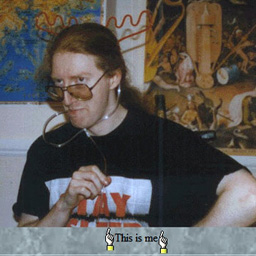 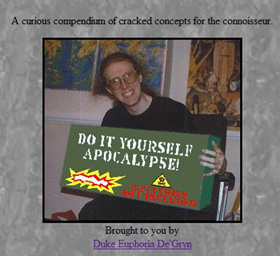