You lucky people are spoilt for choice this weekend with Drive, Straw Dogs and I Don't Know How She Does It opening. By "spoilt for choice" I actually mean "the choice is obvious." To round out this latest batch, we have reviews of Tinker Tailor Soldier Spy, which opens in the States in December, and Red State, the latest misguided Kevin Smith creation, which you will never see unless you're already a massive Kevin Smith fan.

EXPECTATIONS: Truth be told, I know next to nothing about Drive, other than the following three facts: 1) I know it's not a feature-length version of the short-lived Nathan Fillion series of the same name (much to my disappointment). 2) I know Ryan Gosling drives a car, perhaps multiple cars. 3) I know Albert Brooks is supposed to play one of the bad guys. Number three is more than enough to get me interested, so I at least expect to see Brooks hamming it up.

REALITY: Drive is a film of calculated brilliance and maddening austerity. It takes a plot that has been done to death and turns it into an odd meditation on the violent nature of action movies. Much like last year's The American, Drive forces its audience to get to know the main characters before putting the screws to them with action scenes of abrupt brutality. However, unlike last year's The American, it manages to do so without ruining an otherwise thoroughly engaging crime film. 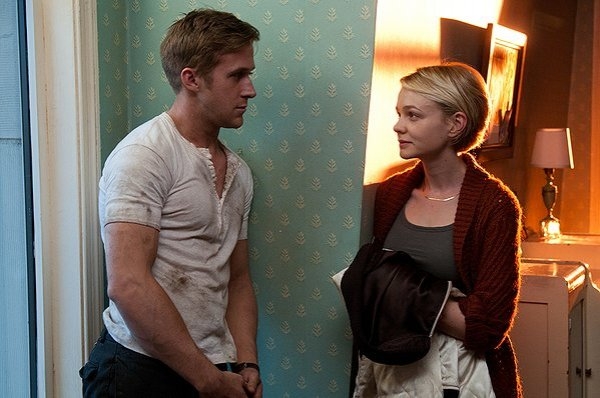 Gosling doesn't really have a movie-star face, does he? He looks more like that quiet guy you work with who may or may not be a serial killer.

Drive tells the story of The Driver (Ryan Gosling), a Hollywood stunt driver who moonlights as a wheelman for hire. In the film's opening scene, we watch him pick up two burglars from a heist and then effortlessly evade the authorities. His boss (Bryan Cranston) convinces a couple small-time gangsters (Albert Brooks, Ron Perlman) to finance a stock car that Gosling's character will soon drive. Before he can do this, he gets wrapped up in the lives of his neighbors Irene (Carey Mulligan) and Standard (Oscar Isaac). Standard is fresh out of prison, and he owes someone a lot of protection money. The Driver agrees to help him with a pawn-shop heist, but when things turn deadly, The Driver is forced to take matters into his own hands in order to protect Irene and her son.

That's a plot description that sounds like it could be another Jason Statham smashfest, but Drive benefits from not being that kind of film at all. This could have easily become another run-of-the-mill crime thriller. In fact, there are moments where it seems like it might. However, director Nicolas Winding Refn decides to take another path, one that is certainly more interesting, but not always necessarily more successful. 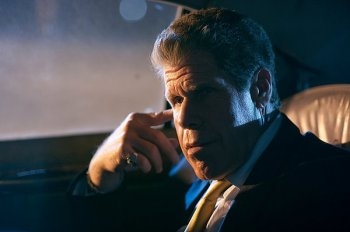 I imagine Ron loves the chance to be suave and handsome in a film as a break from all the monster make-up roles.We get to know The Driver and his world, but only so far. When it's time for the action to kick itself into gear (there, have a car pun), the film becomes an almost single-minded exercise in giving its audience what they want. The driving scenes, of which there are surprisingly few, are masterfully shot, and when The Driver is forced to take somebody out, he does so in exceedingly violent fashion. Once these scenes are over, however, the film falls back into a pattern of awkward character development that never seems to gel the way it should.

Speaking of which, there is an eerie sense of detachment to this entire film, almost as though we aren't allowed to get too close to these people, even though Refn's camera puts us right up in their faces. He practically shoves the audience's nose right into the blood, sweat and tears of his characters, but at the same time, it never feels like we are supposed to get too emotionally involved. When the action hits, it hits gloriously hard, but when the movie sets about building its characters and their relationships, the movie seems to take a sudden step back. "Whoa whoa whoa, not so fast..." I found this kind of jarring, and definitely not in a good way. 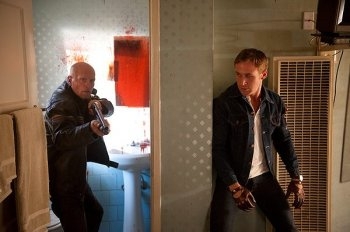 Here's our Spot the Ball competition this week. Good luck.Thing is, this is almost certainly intentional on the part of the director. Ryan Gosling's performance can be described as reserved and minimalist, but when the film tries to match his quiet nature, it comes across as robotic and stilted. As The Driver and Irene get to know one another, they share a few innocent, chaste scenes together that tell us everything we need to know about their characters. That quietness is juxtaposed with fast-talking, dialogue-heavy scenes where characters explain what's going on right to The Driver's face. It's these scenes where it becomes clear there may be something inherently wrong with our protagonist. He doesn't react to others the way most action heroes do, but at the same time I can't imagine this being an inadvertent fault of the production.

Ryan Gosling makes his character as likable as he can be. His Driver is a person who, with a glance and a smile, can win over even the shadiest of characters, and at the drop of a hat can put a beating on anyone who crosses him. Elsewhere, Ron Perlman gives a delightfully over-the-top performance as petty gangster Nino. He seems to be relishing the opportunity to not blend into the background of a terrible movie for once. Albert Brooks also delivers as I'd hoped he would. Typically a comedian, Brooks turns in a truly menacing performance, one almost as subtle and nuanced as Gosling's.

MINORITY REPORT: Nicolas Winding Refn is such a great name. I wish I had a verb for a middle name. From now on, I'm just going to pretend I do. - Ian Unraveling "Professor Clumsy" Maddison