One of my favorite Awful Link combos is "bogus co-opted shamanism meets shitty music." So let me introduce you to -- I swear to God -- Gwain Nighthawk. Gwain is super-worldly and into other cultures, as evidenced by the fact that he's a white guy who plays Native American flute and performs ancient African rites without a second thought.

Because Gwain is very spiritual and down to earth, he evidently doesn't know much about technology, which explains why I can't find any of his music on his website OR on YouTube. That's probably for the best because, again, he only plays Native American flute. No one likes listening to just a flute. [Editor's Note: Wait, apparently his husband Blake Octavian Blair, "an eclectic IndoPagan witch, psychic and tarot reader," accompanies him on percussion. Hmm. Still.]

Oh! He also has a Kickstarter to help him record his new album, for which he needs a thousand dollars. Sadly, he has already achieved his goal. 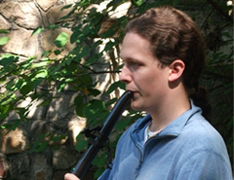 'Gwain Nighthawk has a passion for creating magick through musick!' 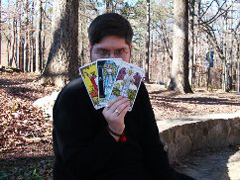