Wednesday, Dec 03, 2008 by Andrew "Garbage Day" Miller
Know of an awful site? Send it to us and become a hero! 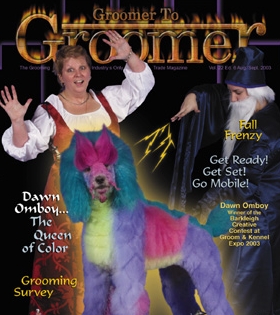 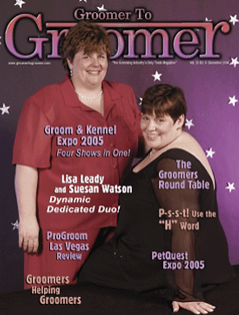 Unlike most fat women who dress their pets in stupid costumes, Sandy Paws has ascended to celebrity status, at least within her appalling subculture. Her Web site contained two ludicrous "Groomer to Groomer" covers, which I initially dismissed as make-your-own-magazine fabrications. Unfortunately, it turns out that Groomer to Groomer actually exists, luring professional dog trimmers and poodle-humiliation fetishists alike with an unbelievable array of bad-idea imagery. The fart-filled "Groomer Humor" section of the message board should provide hilarity for people who are both a) employed in the animal beautification industry b) retarded.